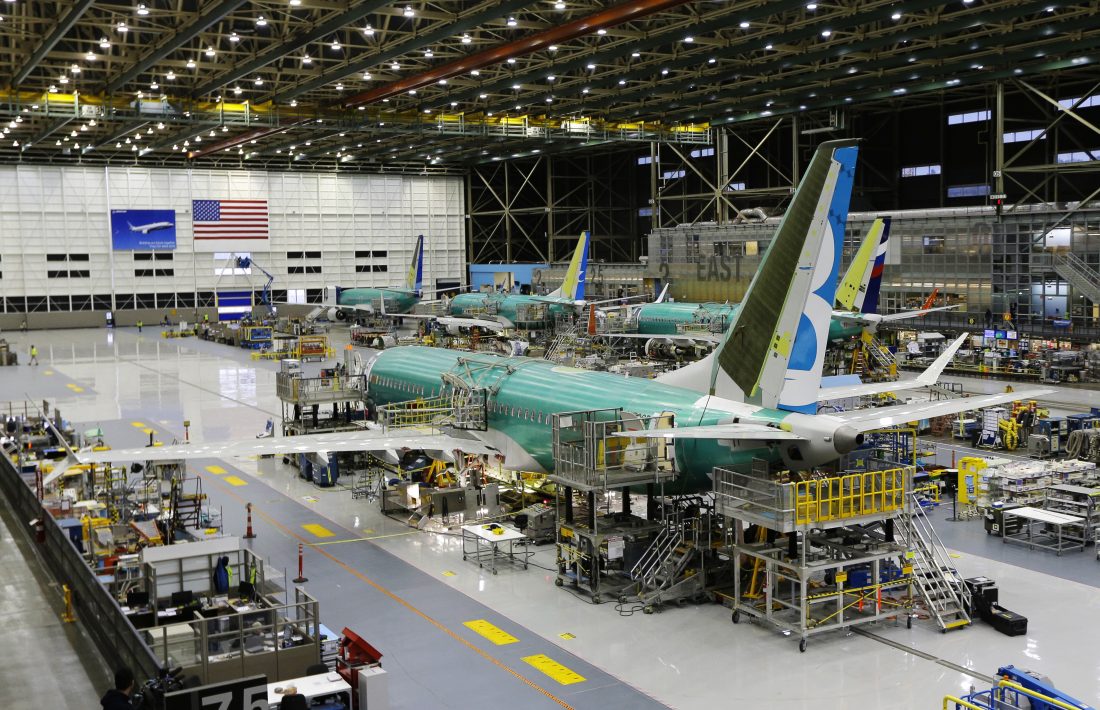 FILE - This Dec. 7, 2015, file photo shows the second Boeing 737 MAX airplane being built on the assembly line in Renton, Wash. American Airlines says it will keep the Boeing 737 Max plane off its schedule until Nov. 3, 2019, which is two months longer than it had planned. In a statement Sunday, July 14, American says the action will result in the cancellation of about 115 flights per day. (AP Photo/Ted S. Warren, File)

WASHINGTON — American Airlines said Sunday that it will keep the Boeing 737 Max plane off its schedule until Nov. 3, which is two months longer than it had planned.

In a statement, American said the action will result in the cancellation of about 115 flights per day. It said it “remains confident” that the Boeing plane will be recertified this year. But some airline executives are growing doubtful about that timetable.

United Airlines announced Friday that it was extending its cancellations until Nov. 3, a month longer than it had planned.

United has 14 Max jets while American has 24 of them. Southwest Airlines, which has 34 Max jets — more than any other carrier — is canceling about 150 flights per day.

The plane was grounded in March following two deadly crashes.

The announcement Sunday marked the fifth time that American Airlines has pushed back the expected time that the Max would resume flying.

“American Airlines remains confident that impending software updates to the Boeing 737 Max, along with the new training elements Boeing is developing in coordination with our union partners, will lead to recertification of the aircraft this year,” the airline said.

In its previous announcement of further flight cancellations last month, American Airlines had said it had expected the recertification to be accomplished “soon.”

In a recent interview with The Associated Press, Ed Bastian, CEO of Delta Airlines, said, “I expect it’s going to take longer than people expect” before the Max is certified to fly again. He said he could not venture a guess as to when that might occur.

Delta does not fly the Boeing Max plane and has not had to contend with the flight cancellations faced by other airlines that do fly the Max. In late 2007, Delta was considering ordering the Max plane but ended up ordering 100 Airbus planes with an option to buy 100 more.

Federal Aviation Administration has said it is following a thorough process but has no timetable for when the recertification will be completed.

The Wall Street Journal reported Sunday that fixing the 737 Max’s faulty flight-control software and completing other steps to start carrying passengers will likely stretch into 2020.

Unnamed officials at the FAA and pilot-union leaders were quoted as saying that no firm timeline has been established, but one scenario anticipates the plane could return to the air in January 2020.