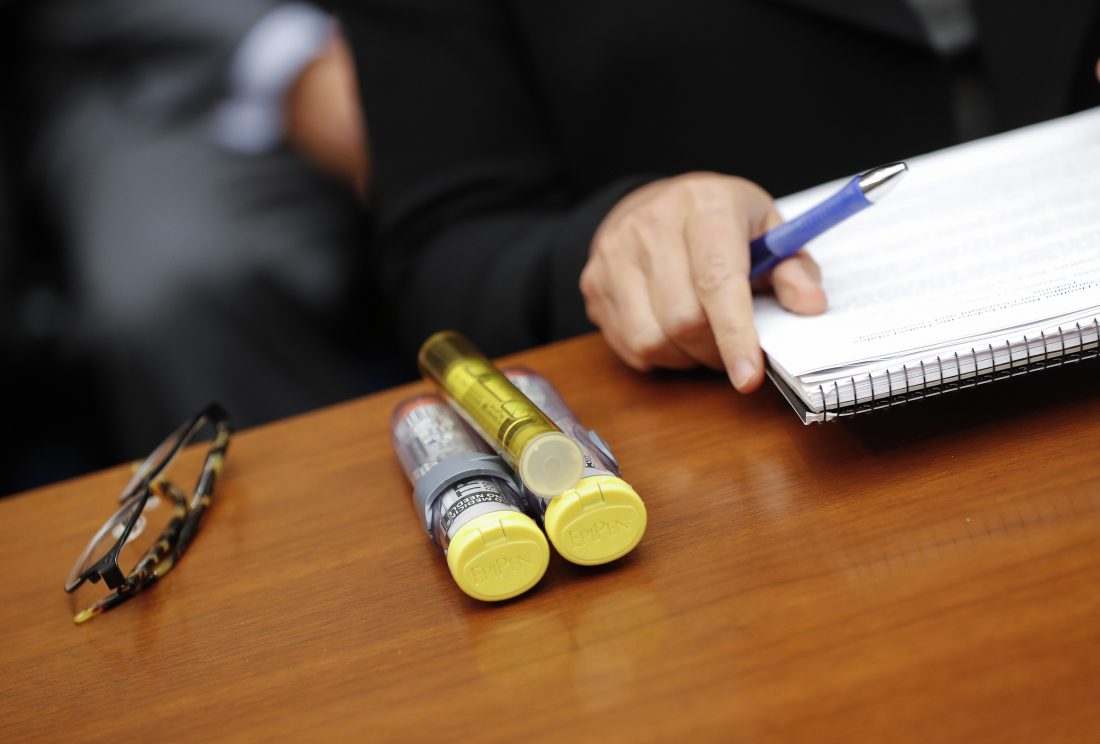 Pfizer’s Upjohn, which sells one-time blockbusters like Viagra and Lipitor that have lost patent protection, will be spun off and then it will combine with Mylan, a $10 billion company.

The complex deal, expected to close in the middle of next year, will create a company with estimated 2020 revenue in excess of $19 billion, with sales in more than 165 countries. The name for the new company has yet to be determined.

The two companies have worked together for years. Pfizer manufactures Mylan’s EpiPen, an auto-injector used to halt life-threatening allergic reactions. Mylan was heavily criticized, and its CEO Heather Bresch was brought before Congress two years ago, to answer questions about the price of the EpiPen, which had jumped five-fold to $600 for two EpiPens. They have been in short supply for more than a year because of quality problems and upgrades at a Pfizer factory.

Upjohn, the name of one of the companies Pfizer gobbled up during a spate of acquisitions in the 1990s and 2000s, sells off-patent and generic drugs that include the stars that drove Pfizer’s growth: pain killers Celebrex and Lyrica, Norvasc for high blood pressure, Effexor for severe heartburn, Xanax for anxiety and Zoloft for depression.

Those products and others had been part of Pfizer’s “essential health” business, but were peeled off in January to create Upjohn as a precursor to the combination plan.

“We believe that this transaction checks all the boxes,” said Pfizer CEO Dr. Albert Bourla. The executive, who took over in January, said in an interview that Pfizer’s huge sales force in China will be able to boost sales there of products made by Mylan, which has a limited presence in that huge market.

Mylan is primarily a generic drugmaker, selling a broad mix of pills and shots for infectious diseases and heart conditions. Bourla said Mylan also has a strong pipeline of drugs in development, mainly complex generics that are difficult to manufacture and biosimilars, near-copies of expensive biologic drugs.

The strengthening ties between Pfizer and Mylan come at a precarious time for big drugmakers, who face enormous pressure to cut high prices for brand-name drugs. Also, Pfizer just got generic competition to one of its biggest sellers, Lyrica.

Likewise, years of pressure from wholesalers to reduce prices for generic drugs, which comprise most of Mylan’s portfolio, have crimped its profits and driven its share price down 50% in the past year.

That enabled Pfizer to “combine businesses at a more attractive price,” Edward Jones analyst Ashtyn Evans said, adding that Pfizer has wanted to become a smaller, more innovative company and now has a strong pipeline of experimental new drugs.

“Growth from new, innovative products will have a bigger impact,” she said, “growing off a smaller base.”

Pfizer Inc. investors will be getting shares in the new company tax free — and that entity will be offering a dividend as well.