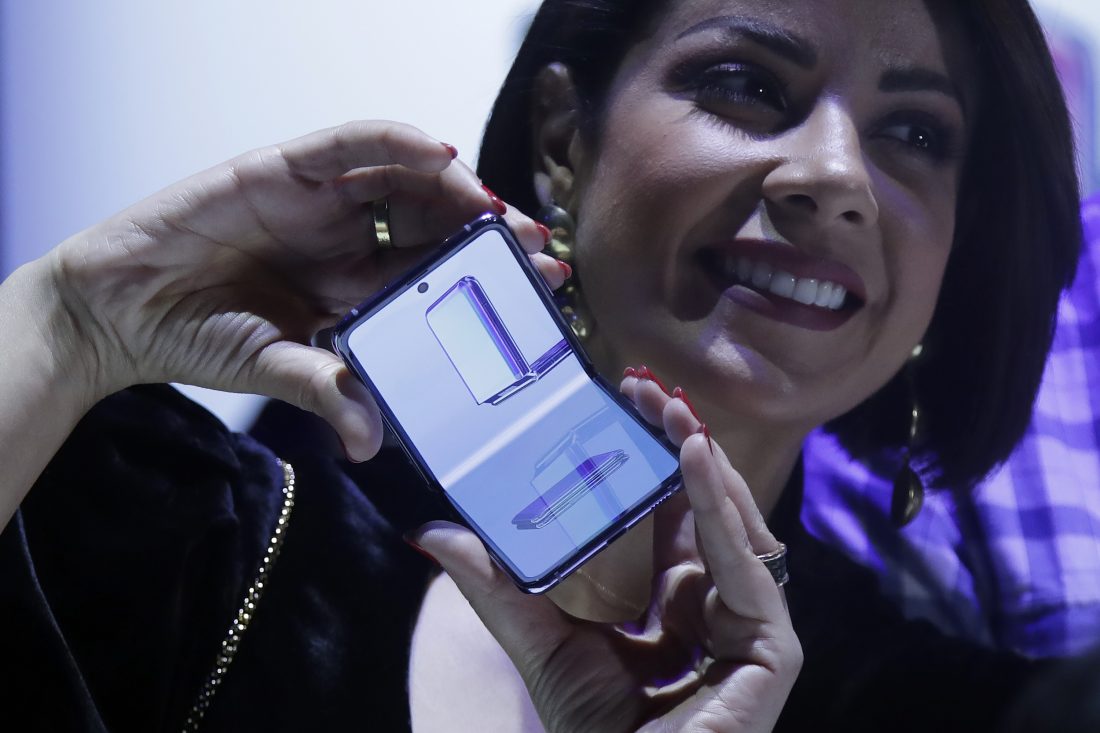 The new phone can unfold from a small square upward into a traditional smartphone form, and will go on sale Feb. 14 starting at $1,380. The company announced the phone at a product event in San Francisco.

Samsung’s first foldable phone, the Galaxy Fold, finally went on sale last September after delays and reports of screens breaking. The Fold, which carries a price tag of nearly $2,000, folds at a vertical crease rather than horizontally as a flip-phone design would. Motorola has also taken the flip-phone approach with its new $1,500 Razr phone.

The foldable phones represent manufacturers’ attempt to energize a market where sales have slowed. Many consumers are holding onto old phones longer, in part because new phone features offer increasingly marginal benefits. But these foldable models come with higher price tags and are likely to appeal for now mostly to tech enthusiasts and others at the forefront of technology.

“While there’s a lot of excitement around this new category, it is still early days and they will evolve significantly.” said Paolo Pescatore, an analyst at PP Foresight. “While these innovative new designs are nice to have, they’re not must-have, sought-after features among users.”

The Z Flip can stay open at different angles for use watching videos or taking photos. When the phone is closed, it will take selfies and display notifications in a small window on the cover. Unfolded, its screen measures 6.7 inches diagonally.

Samsung says it added fibers to the gap between the hinge and the phone to keep out dust and improve hinge function, likely to address shortcomings of the Galaxy Fold.

On the more traditional front, Samsung offers its S series. In a nod to the start of the 2020s, the South Korean company showed off the Galaxy S20, S20 Plus and S20 Ultra, skipping directly to the S20 from its previous S10 series.

The S20 phones are designed to take high-quality pictures in dark settings, Samsung product manager Mark Holloway said. The phones can take both video and photos at the same time, using artificial intelligence to zero in on the best moments to capture the still images.