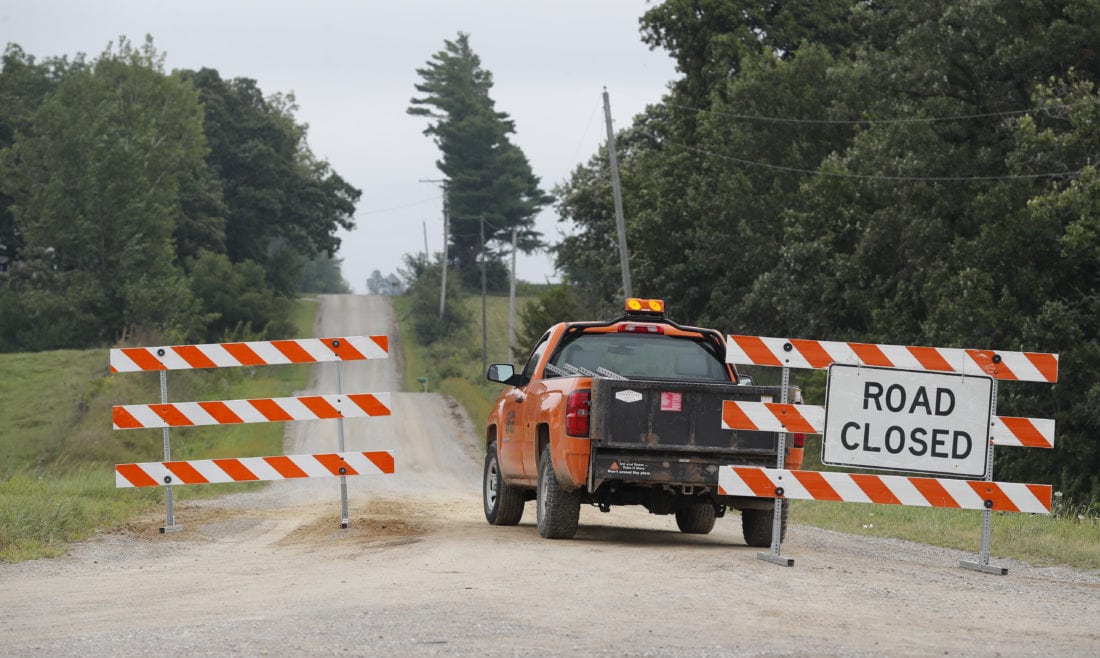 A county truck blocks a gravel road, Tuesday, Aug. 21, 2018, near Brooklyn, Iowa. Police say a body believed to be that of 20-year-old college student Mollie Tibbetts has been discovered in a rural area near where she went missing last month. University of Iowa student Mollie Tibbetts was reported missing from her hometown in the eastern Iowa city of Brooklyn in July 2018. (AP Photo/Charlie Neibergall)

After more than a month of searching, law enforcement recovered the body believed to be of Brooklyn native Mollie Tibbetts in Poweshiek County on Tuesday. The news hit home in Marshalltown, just 46 miles from Brooklyn.

Many communities in Iowa have been on edge as investigators searched to find her and the case gained national attention.

Marshalltown Community College Provost Robin Lilienthal was among those saddened by the news. Tibbetts, a 20-year-old, was a student at the University of Iowa and was in the same age group as many MCC students.

“The tragic circumstances of this horrible situation can generate feelings of anxiety among college-aged students, which can impact their abilities to be academically successful,” Lilienthal said. “At Marshalltown Community College, we work closely with students to help train and educate them about personal safety and situational awareness.”

She said the news carried extra weight because of the location of Tibbetts’ disappearance and death.

“We feel particularly saddened by this incident because we work closely with the BGM (Brooklyn-Guernsey-Malcolm) School District and the community of Brooklyn,” Lilienthal said. “Our heartfelt sympathy is expressed to Mollie’s family, friends and community during this difficult time.”

Brooklyn is within the Iowa Valley Community College District area, which includes campuses in Iowa Falls and Grinnell, as well as the Marshalltown location.

The University of Iowa released a statement late Tuesday afternoon.

“We are deeply saddened that we’ve lost a member of the University of Iowa community,” said Melissa Shivers, UI vice president of student life. “Our thoughts are with Mollie Tibbetts’ family, friends and classmates. Losing a fellow student and member of the Hawkeye community is difficult. President Harreld and I share in your grief and encourage you to reach out if you are in need of support.”

Marshalltown Mayor Joel Greer was also disheartened by the news.

“With a wife and two daughters, all runners, Mollie’s disappearance and death really hit home,” Greer said. “Our hearts go out to her family and boyfriend.”

If you are experiencing grief and would like assistance, you can reach the local community mental health center at 641-752-1585.