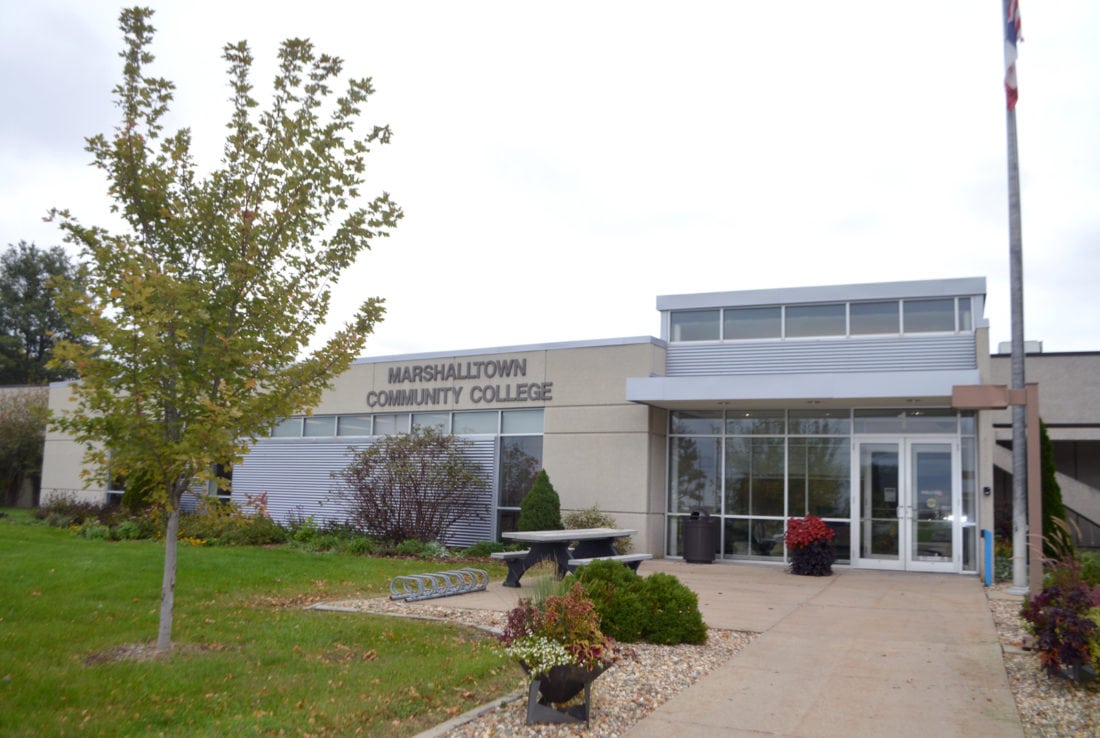 T-R PHOTO BY ADAM SODDERS - Marshalltown Community College has 84 fewer students than it did this time last year. Officials say many factors, including the economy and the July 19 tornado, are factors when it comes to total student headcount.

From the July 19 tornado to low unemployment, many factors can impact the enrollment numbers at a Marshalltown Community College.

Every year, MCC joins other colleges across Iowa in counting enrolled students and how many credit hours they are taking. Between last fall and now, the college’s student headcount has dropped by 84 students and MCC leaders have some ideas about why that is.

“Our unemployment rate is probably at the lowest it’s been in many, many years,” said MCC Dean of Enrollment Angie Redmond. “A lot of students are graduating from high school and going straight into the workforce because they can get a position.”

Another factor could be that lower enrollment in area high schools has led to fewer students taking dual-credit courses at the college. Those dual-credit high schoolers are at the center of the college’s recruiting effort.

Either way, Redmond said fewer high schoolers are choosing to go to MCC versus other avenues, like entering the workforce or going to a four-year college.

MCC Provost Robin Lilienthal said another reason for a lower enrollment in 2018 could be the July 19 tornado. At least 11 students dropped out of classes this semester to deal with storm recovery.

“If you don’t have your basic needs, you’re not able to meet your higher education needs at all,” Lilienthal said.

She said the college will eventually reach out to tornado-impacted students to try to get them back into the classroom.

The college officials said MCC has many benefits for high school graduates looking for what to do next.

“It saves them a lot of time and money,” Redmond said.

She said many dual-credit students earn about a year’s worth of college credit for free in high school. After graduating, Redmond said many are tempted to transfer their credits to a state university or private college elsewhere.

She said the tuition and fees at MCC are cheaper than what students will find at other institutions. Additionally, she said a student can transfer their MCC two-year degree to another college when they’re done in Marshalltown.

Students interested in working after high school can earn career tech certificates or diplomas at MCC in as little as a year, Redmond said.

“You can graduate from high school and get a job, but you may make only $10, $12 an hour,” Redmond said. “If you receive some education in career tech, or even a two-year degree, your chances of earning more are greater.”

There have been some notable increases and decreases among different groups of students at MCC from last fall to now.

One starke changes is in male and female headcount, with the male population increasing almost 20 percent and the female population decreasing over 23 percent from last fall.

“That’s a head-scratcher,” Lilienthal said. “These numbers include all students, which includes high school students as well, but that is one that is a curiosity to us.”

Redmond said one reason could be an increased focus on career technical fields, which she said tend to attract male students. The area includes welding and machining.

Prior to the large changes between last year and this year, she said the male and female enrollment numbers were steady, shifting only a few percentage points every fall.

Another notable increase was the number of non-Iowan U.S. citizens or permanent residents who came to MCC. That number increased over 10 percent from last year or about five students.

The number of students coming to MCC for the first time dropped by about 10 percent or 47 students.

Like any educational institution, Marshalltown Community College experiences some shifting numbers in student population, demographics and classes taken. Here are some key fall 2018 info on students at MCC: