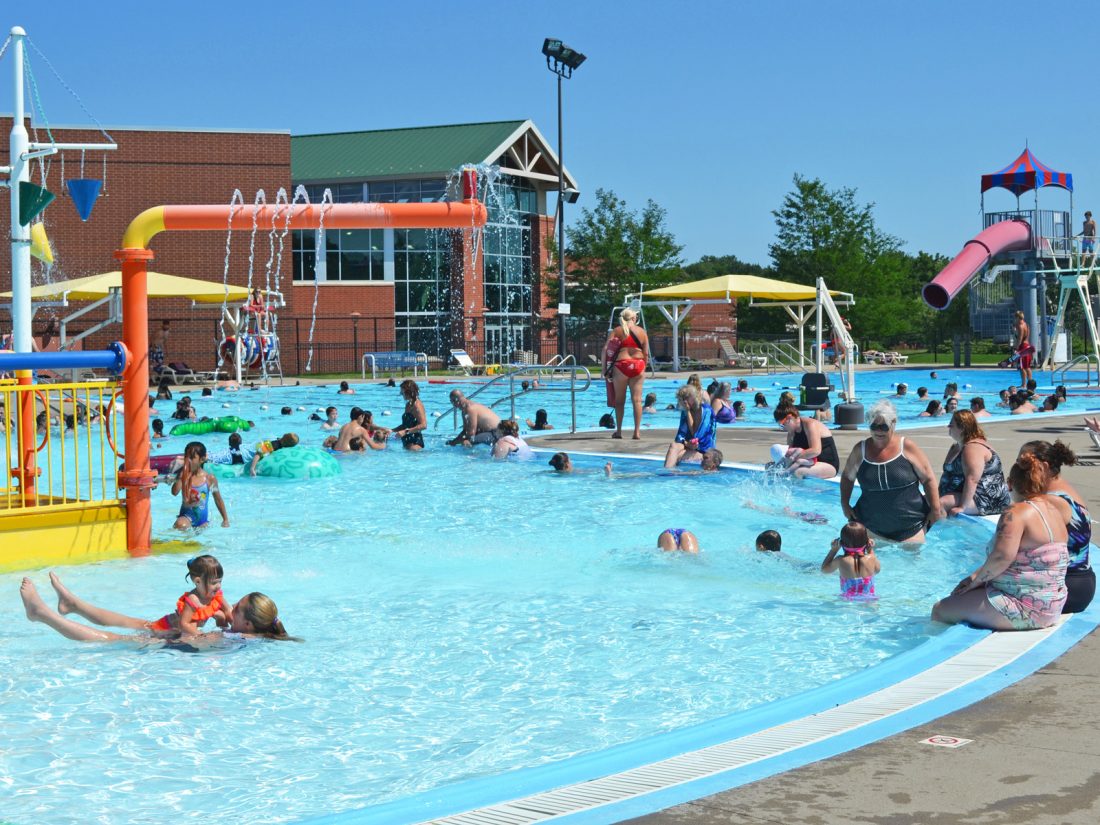 T-R FILE PHOTO On July 28 the Marshalltown Family Aquatic Center will be the site of a free of charge “family swim day” courtesy of local businessman Marty Mitchell.

Local businessman Marty Mitchell of Mitchell Family Funeral Home is at it again.

The “it” is an invitation to all Marshalltown residents to attend the annual free-of-charge Mitchell Family Funeral Home Swim/Aquatic Center Day, 1 p.m. to 6 p.m. July 28.

As in past years, there is no restrictions on who can attend.

“Young, senior, families, singles and so on are welcome,” Mitchell said. “We would love to have as many as possible enjoy the day. The Parks and Recreation Department will have a concession stand open, stocked up and ready to go.”

Past free community swims have emphasized community bonding. Or, as in the case last year, a respite from the July 19 tornado-induced stress.

But this year is special according to Mitchell.

“We remember four precious little ones who lost their lives in the (Iowa) river,” he said

Mitchell was referencing the tragic drownings of four youth in the Iowa River in 2012.

On June 19, 2012, near the Center Street dam on the Iowa River, 10-year-old Andres Favela-Lopez went missing after going for a swim with friends. After a search, his body was recovered the next day.

Two weeks later, on July 4, search crews were called for the report of three young cousins who had gone missing after swimming in the turbulent waters of the Iowa River near Riverview Park. Boats were deployed and shortly after search and rescue efforts commenced, the bodies of Lee Meh, 9, Se Rey, 7, and Thay Mo, 7, were found.

As a result of the tragedies Marshalltownians rallied and developed the popular “Teach Them to Swim” program hosted by the Marshalltown YMCA-YWCA. That initiative has taught hundreds of school-aged youth to swim.

Additionally, local residents Leigh Bauder, a businesswoman, and Anna Wolvers, a local educator, have raised funds since the drownings with a goal to install a number of splash pads throughout the community. Due to expense none have been installed yet. However, Bauder and Wolver continue to lobby city officials to partner in the endeavor.

“May their memory never be forgotten,” Mitchell said of the youth.