A DAY IN THE LIFE — Public health nurse 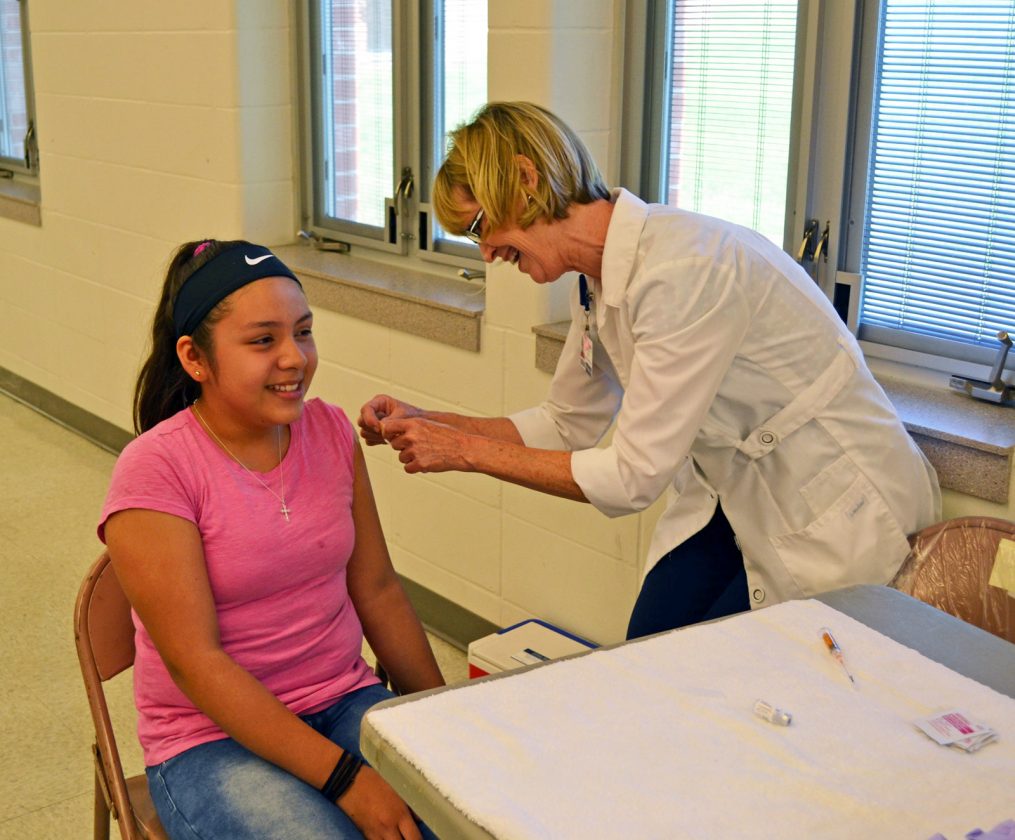 As a child growing up in Marshalltown, Patricia Thompson didn’t imagine she would devote over 30 years of her career to working as a nurse. Now, she can’t imagine her life any other way.

For the last 12 years, she has been employed as a public health nurse. In July 2019, she transitioned from being a UnityPoint Health-Marshalltown employee to being under the umbrella of Marshall County. Her job duties, however, remain the same. She serves as the Marshall County Public Health Director and is a registered nurse.

Prevention, outreach, education and hands-on nursing skills are all components of her work. Thompson keeps an office at 11 N. First Avenue, in the basement of the Great Western Bank building. She spends time out in the community speaking in schools, participating in health fairs, holding blood pressure clinics, giving immunizations and she sits in on Board of Health meetings. Rather than focusing on one individual or patient, public health nurses look at community-wide health and safety issues — such as the ripple effects caused by the spread of diseases.

“I never planned to be a nurse ever in my life. I was always going to be a school teacher. When I graduated from high school, I did a secretarial program at Marshalltown Community College, got married and cared about my hair. I was 18,” she said with a laugh. “I worked for the Iowa Veteran’s Home as a switchboard operator and in the medical records department, then had my son. I got a job at the high school as a bookkeeper.”

But in her early 20s, she decided to become a “non-traditional student” by enrolling at the hospital’s school of nursing. 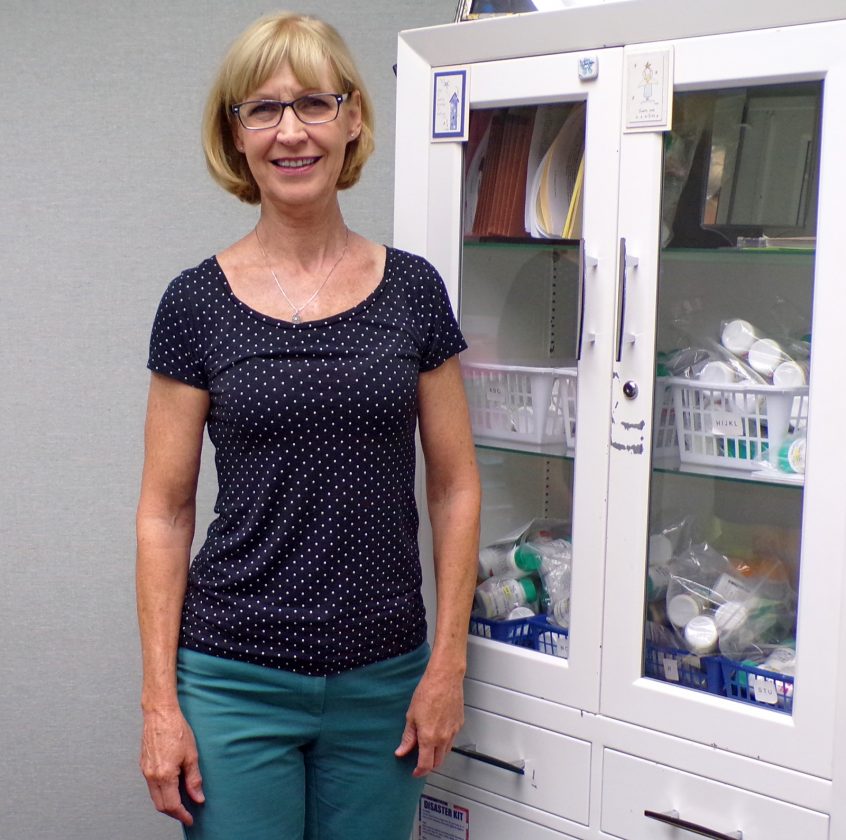 T-R PHOTO BY SARA JORDAN-HEINTZ Pat Thompson has been a nurse for more than 30 years in her hometown of Marshalltown.

“It was a three-year diploma program that closed in 1986,” she said. “I liked the medical terminology I was typing up at the vets home and liked the body and the science of that, and passed that first class.”

Upon graduation, she took a night job at IVH before being recruited by the hospital.

“My grandma’s second husband had a heart attack and he was in heart failure. I went with her to be with him one night at the hospital and one of the supervisors there recruited me — over his bed. And I decided to apply,” Thompson said.

She spent 20 years working in the hospital’s intensive care unit, then served as a nurse educator and clinical coordinator. Obtaining higher education was a dream two decades in the making.

“I took 21 years to complete my degree. The hospital had tuition reimbursement which really helped,” she said.

Thompson earned a Bachelor of Science degree in nursing from the University of Iowa, which she said opened up some doors for career advancement.

When the opportunity to become a public health nurse came about, Thompson decided to apply.

Thompson said the greatest threat to public health today is people choosing not to vaccinate their children. She is also a strong proponent of getting a yearly flu shot.

She said she tries to encourage people to get immunized by pointing out the hardships of missed days from work or school, and the risk of spreading illnesses to those with weakened immune systems or who are too young to receive some shots.

Thompson has worked with people quarantined with tuberculosis, safely going into their homes to ensure medication is being taken. She also gets called up to investigate reports of illnesses such as Hepatitis B, salmonella, enteric or E. coli.

Strong community partnerships are key in making sure people get connected with the healthcare resources they need.

“Nursing is a science and an art. It should be hard work. It’s a very important job. I’m amazed I get to take care of people. I can’t imagine not being a nurse. It’s who I am,” she said.

Thompson welcomes public health questions from the community. She may be reached at 641-844-2799 or pthompson@marshallcountyia.gov.

T-R PHOTO BY SARA JORDAN-HEINTZ Pat Thompson has been a nurse for more than 30 years in her hometown of Marshalltown. 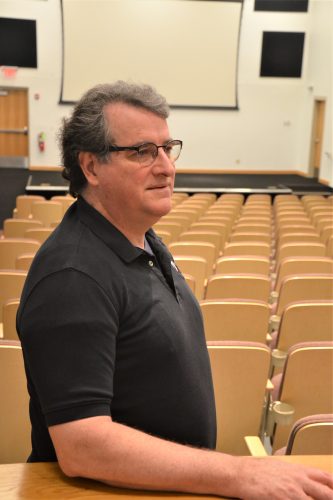