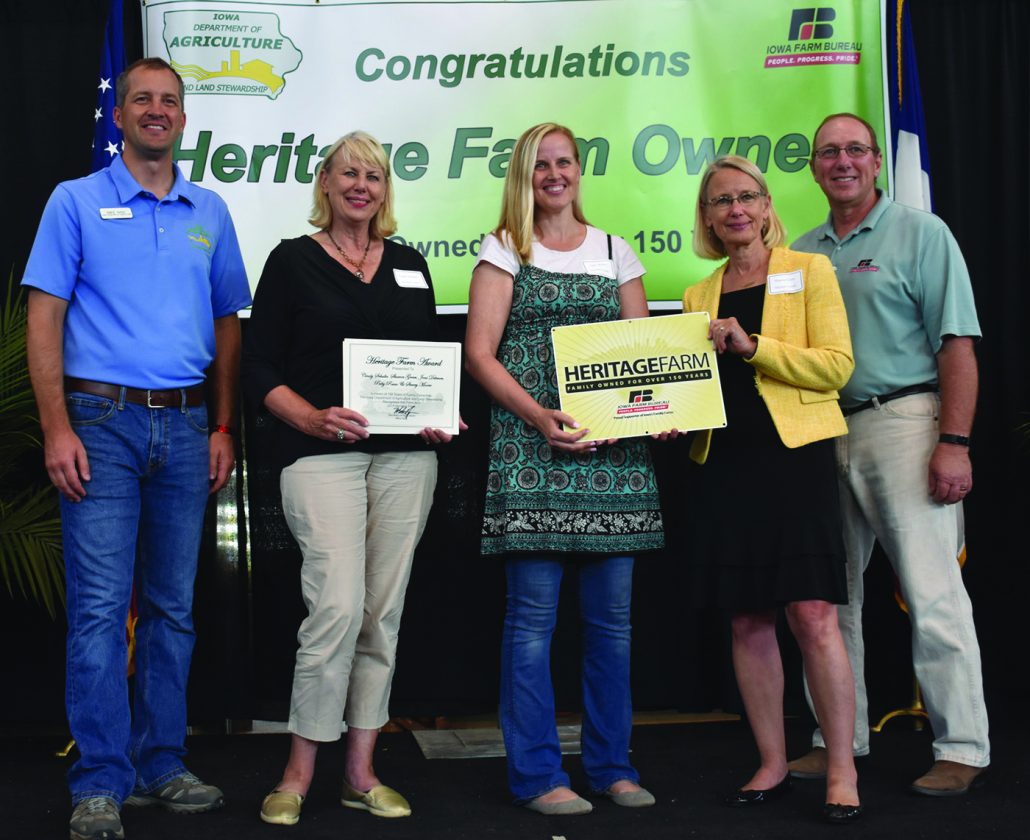 In groups large and small, and ages young and old, Iowa farmers will make their way to the Iowa State Fair Thursday to be honored in a special way and on a special day.

From Avoca to Clinton they will come at 8:30 a.m. Aug. 15 for the 13th Annual Century and Heritage Farm Awards held at the air-conditioned Pioneer Livestock Pavilion.

The Century Farm program honors families who have consecutive ownership within the same family for 100 years or more with at least 40 acres of the original holding of farmland. The present owner must be related to a person who owned the property 100 years ago.

More than 19,700 Century awards have been presented since 1976, the inaugural year.

That program honors those who have continuously owned farmland 150 years or more, holding at least 40 acres of the original farm and present owner must be related to a person who owned the property 150 years ago.

More than 1,000 Heritage Awards have been made.

They will be assisted by Future Farmers of America.

Naig takes the ceremony seriously — last year he personally greeted and shook hands with each of the hundreds of recipients and posed for all photos.

Thursday’s ceremony will be cosponsored by the Iowa Department of Agriculture and Land Stewardship and Iowa Farm Bureau Federation.

And for the tenth consecutive year, the Times-Republican will provide coverage of the event.

A special Century and Heritage Farm Awards tabloid will be inserted in the Times-Republican and its Tama/Grunday newspapers.

For more information, or to apply for Century or Heritage Farm awards, contact IDALS at 515-281-5321 or IowaAgriculture.gov.