Iowa Valley board to vote on bond question 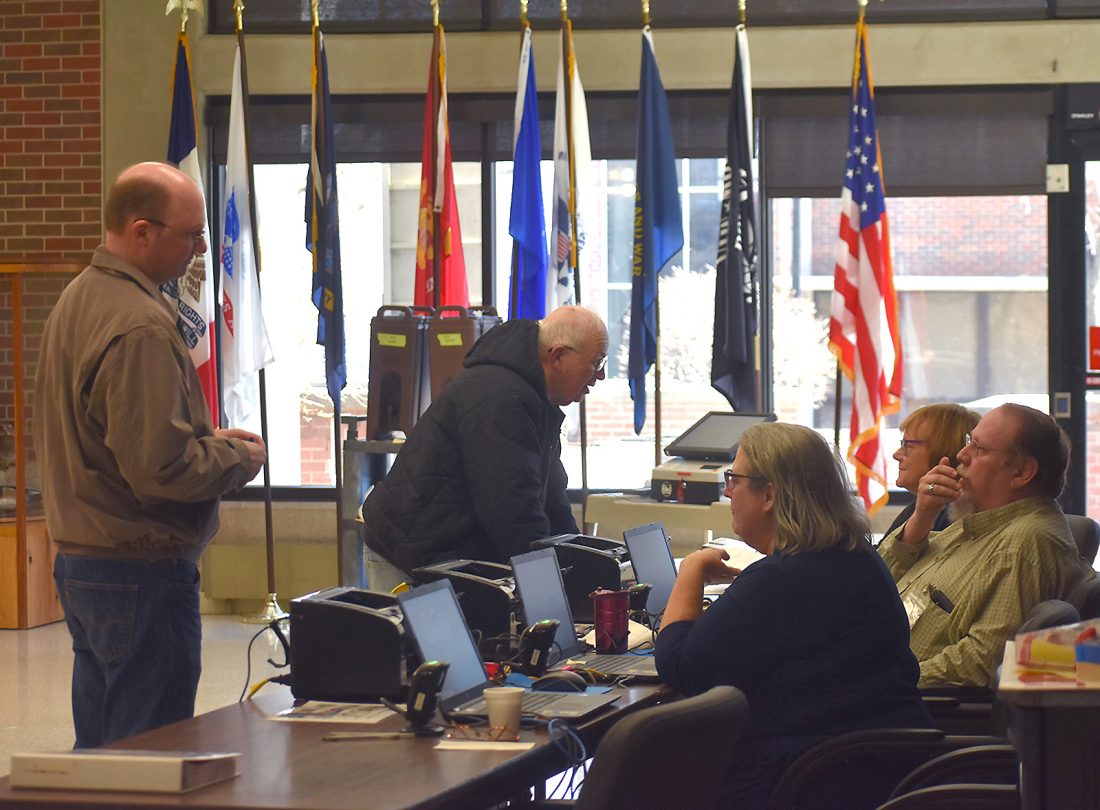 T-R FILE PHOTO An Iowa Valley bond issue for $32 million may come back up for voter approval in November after the measure failed to get 60 percent approval in April.

The Iowa Valley Community College District Board of Directors is set to vote on a $32 million bond question which, if approved, would go to district voters in November.

The item is on the board’s Wednesday meeting agenda and comes more than four months after the bond issue failed narrowly.

In Iowa, bond elections must achieve 60 percent voter approval to pass. The Iowa Valley bond received 58.4 percent approval in April. Since that election, district officials have been confident the question would return to voters’ ballots.

New Iowa Valley Chancellor Kristie Fisher named the bond issue as a “number one priority” in July. She said she has worked as a volunteer on bond issues in eastern Iowa and said there would be more focus on communicating the district’s need for the bond money in the upcoming election.

At the same time, Fisher said the specifics of the bond amount were being reviewed, but said significant adjustments to the number are unlikely.

That $32 million, if approved by voters, would go into a multitude of facilities and infrastructure projects at all three of the district’s locations – Marshalltown Community College, Ellsworth Community College in Iowa Falls and Iowa Valley Grinnell.

Parking lot repairs, improved security systems, HVAC system fixes, flooring, lighting and building renovations are among the items the bond would address. A comprehensive study of the district’s infrastructure needs by TSP Inc. was conducted in 2017 to identify areas of need.

The bond was initially planned to take place in December 2018. However, the July 19, 2018 tornado delayed the process until later that year.

The Iowa Valley board meeting is set for 4 p.m. Wednesday at the District Administration Office, 3702 S. Center St.