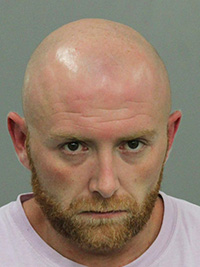 Dacoda Lee Lawrence, 28, of Marshalltown is charged with tampering with a witness by calling a significant other in violation of a no-contact order, per initial appearance proceedings.

The incident allegedly took place about 1:21 p.m. Monday. Lawrence was previously charged with domestic abuse assault as well as several counts of violation of a no-contact order, and with possession of drug paraphernalia earlier this week and last week, per court records.

Lawrence is being held in Marshall County Jail on a $10,000 cash-only bond. His initial appearance in court is scheduled for 1 p.m. Aug. 23 at the Max Building, 101 S. First Ave.