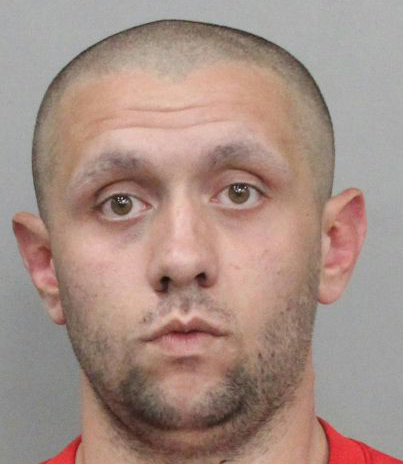 Marshalltown police officer Steven Sheets suffered a fractured leg when he, other officers, and an uncooperative suspect fell during a struggle to remove the suspect from a vehicle Wednesday.

“The officer’s lower leg was fractured when it became entangled with others as they fell,” Capt. Brian Batterson of the MPD said. “The officer recognized a man, later identified as

Steven Terrell Thrift, 25, of Ferguson, sitting in a vehicle at a local convenience store. The officer knew he was wanted on a warrant. The officer approached the vehicle and told Thrift he was under arrest and to exit the vehicle. Thrift refused and other officers were called to assist.”

Sheets was taken to the UnityPoint Health-Marshalltown emergency room and later discharged.

“He will be off work a long time,” Batterson said.

Thrift was charged with interference with official acts-bodily injury, harassment-second degree for previously punching a victim in the chest and threatening to shoot her, two counts of violating a no contact order-contempt of court, and obstruction of emergency communications. During Thrift’s initial hearing Thursday, a magistrate ordered him held in Marshall County Jail on $4,000 cash only bond and issued a no contact order protecting the victim. Thrift’s preliminary hearing is Aug. 30.