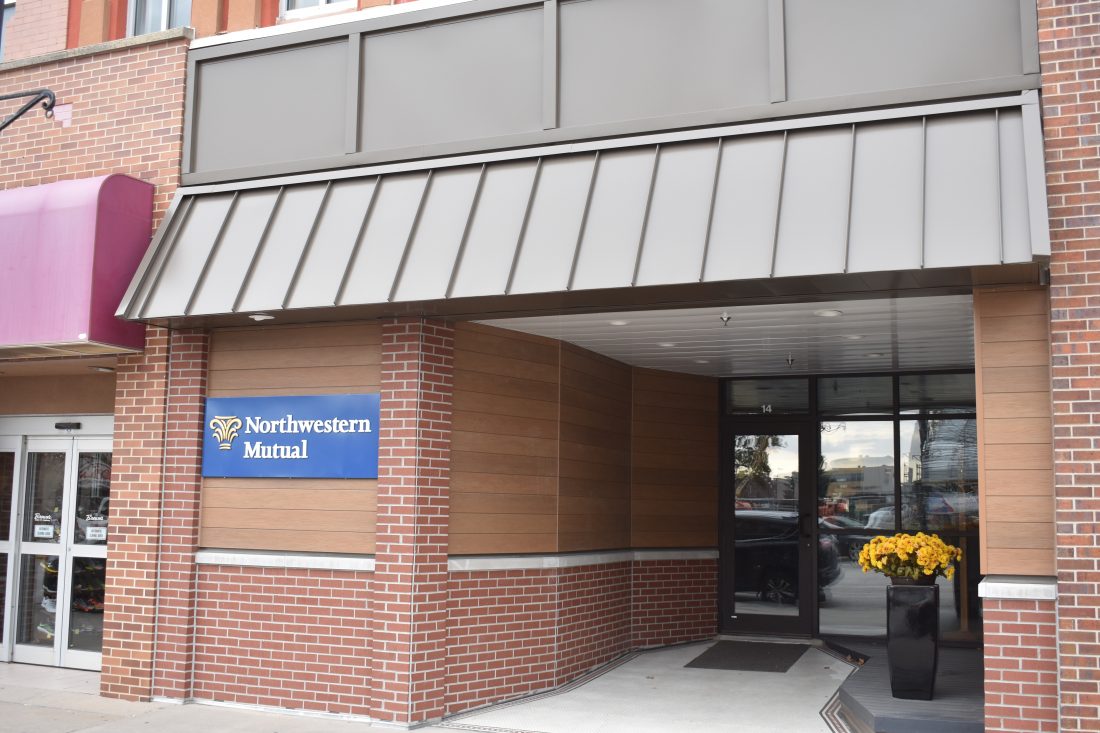 T-R PHOTO BY MIKE DONAHEY Marshalltown’s Northwestern Mutual Insurance office, 14 E. Main St. owned by local CGA Properties. Its facade improvements were funded in part by a grant from the Marshalltown Central Business District earlier this year, with the lion’s share paid by CGA Properties. The city of Marshalltown funds the CBD facade program and approves grant requests based on a MCBD committee recommendation.

The Marshalltown Central Business District is an important vehicle to steer downtown development.

Volunteer MCBD president Nate McCormick made the point while speaking about the organization’s need of $92,000 in city funds.

The city of Marshalltown will pay MCBD an extra $20,000 for the facade improvement and code compliance program for the current fiscal year which expires June 30, 2020.

McCormick said the facade grant program has added value to downtown business properties over the years.

“The facade grant and code compliance grant programs are key tools in our tool belt that will go a long way to the rebuilding of downtown,” he said.

All payments by the city shall be made from incremental property tax, according to city documents.

“We were extremely pleased with support from the city and appreciate that they are partnering with us on the facade grant and other programs we are putting together,” McCormick said. “The MCBD and its members are key parts of an effort to help rebuild the downtown post-tornado. A number of recommendations — including the downtown master plan — identify MCBD as the party responsible for implementation or a partner.”

McCormick said the organization was grateful for the recognition and assistance and understands there are high expectations.

The organization, which can trace its roots back to the late 1990s, is being viewed as an important vehicle to steer downtown development post-tornado, volunteer president Nate McCormick said.

McCormick said downtown property owners are required to commit to invest their own capital toward total project costs before the facade grant program can be used.

Marshall County has 896 cases of COVID-19