The Wittes and a Way 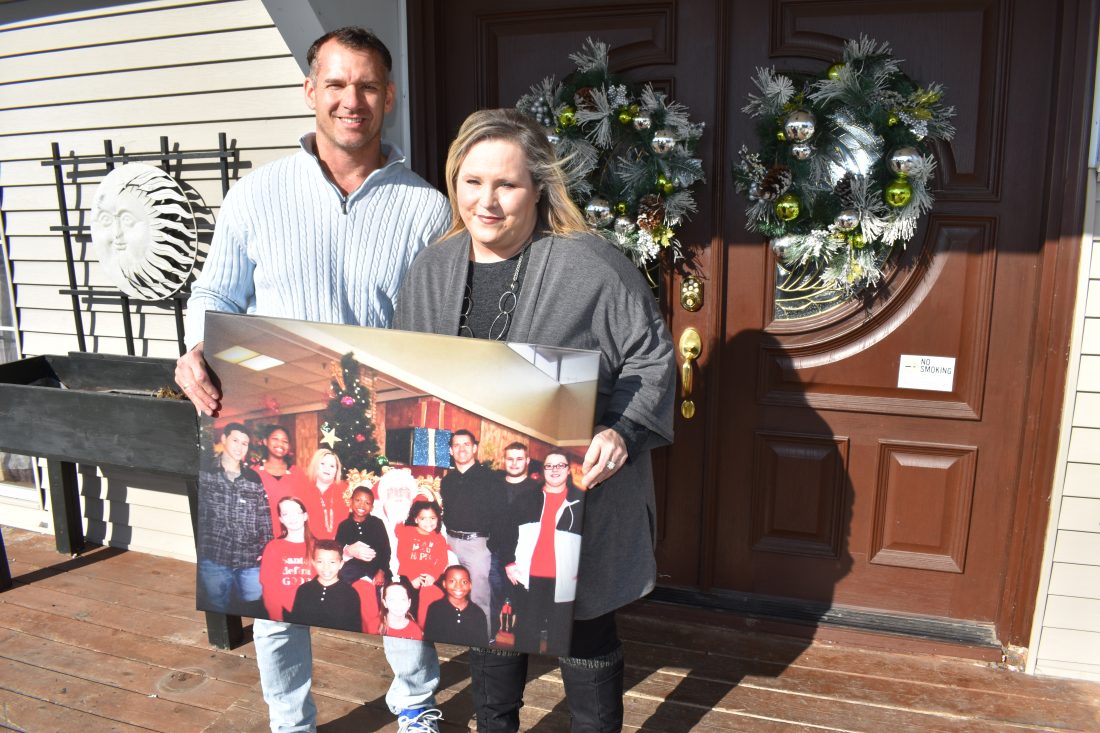 T-R PHOTO BY LANA BRADSTREAM
Justin and Deanna Witte are child advocates who have adopted seven children into their Marshalltown home.

November is not just about turkey and getting ready for Christmas. It is also National Adoption Month — a time to raise awareness of the need for permanent families in the United States.

Here in Marshalltown, there is a family with 10 children and seven of them were adopted.

For Justin and Deanna Witte, their day revolves around children — either their own or other parents since the couple operate Kiddie Korner Day Care out of their home.

Most of the Witte’s adopted children were in the foster care system, but the first one was actually a day care child they had been watching after. The boy, Slate, was being raised by his paternal grandparents. The courts had terminated the parental rights of his parents and his grandparents did not want to raise him.

“The state called and asked us if we would consider being his foster parents and maybe adopt him,” Deanna said. “He came home to us in October 2011. In November, his sister was born and she followed him here on Dec. 3. She was three days old.” 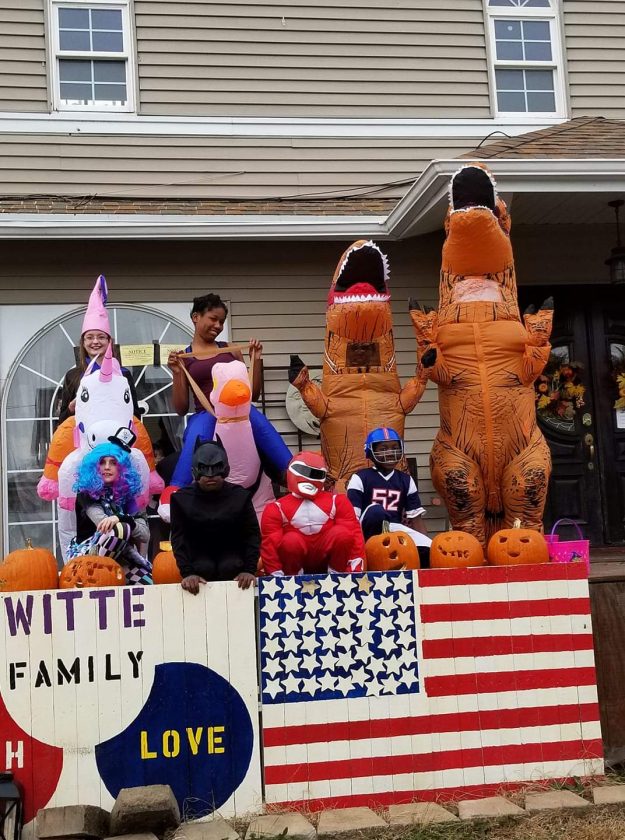 The biological mother of Slate, 13, and Serenity, 8, was incarcerated and the state had no place for the children to go. Since Slate and Serenity were taken in by the Wittes, they have not left.

There has been a continuous line of foster children go through the doors of the Witte’s house. Through it all the couple has strove to adopt siblings and to maintain contact with biological families.

“We have had other placements that were either reunited with their parents or another family member,” Deanna said. “We have a relationship with the child or a family member — all of them but one. We even get visits from them. One girl accompanied us to talk about our journey of foster care during the end of a class. She is now an adult with two children and attending college. We are very proud of her.”

The Wittes do not have any foster children right now but that does not mean their home is closed. They like to take the children that have some difficulties. 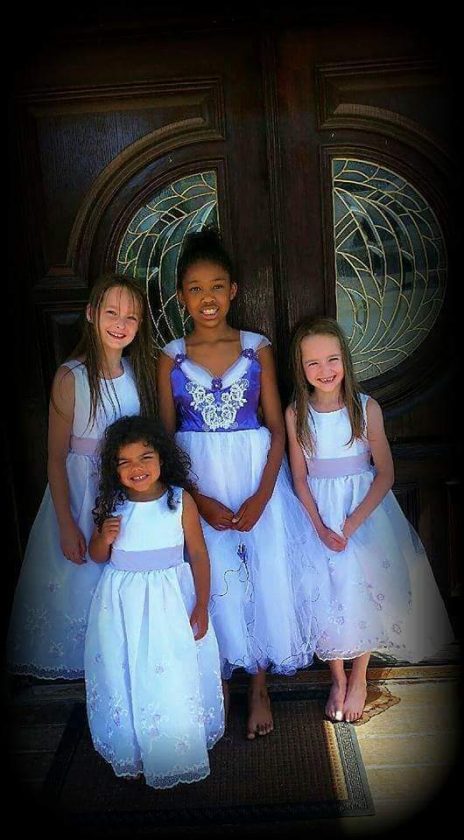 “A lot of people have the misconception that foster children are bad kids and that is just not true,” Deanna said. “The best way I can describe it is: How would you feel if you were popped into a family you didn’t know? These kids are scared, lost and some are angry and they go into survival mode. We have had some show up here with just their mother’s pajamas and a stuffed animal — no clothes. They are thinking, ‘What is going to happen to me? Where am I going to go? Why can’t I be with my parents?’ These are not bad kids. They have been put in bad situations that made them who they are at the present.”

Justin said the children are frequently traumatized and suffer from post-traumatic stress disorder. Justin is a former educator and has seen how having a set, daily routine and maintaining a positive outlook can have significant influence on a child.

“Being positive for them helps them maintain their sanity,” he said.

The routines and the cheeriness has paid off as all of the Witte’s children are star students in the GMG School District, which is 20 minutes away. Justin said the smaller school district allows each of their children to obtain more one-on-one time which is necessary in overcoming some of the weight they have carried since being placed in foster care. 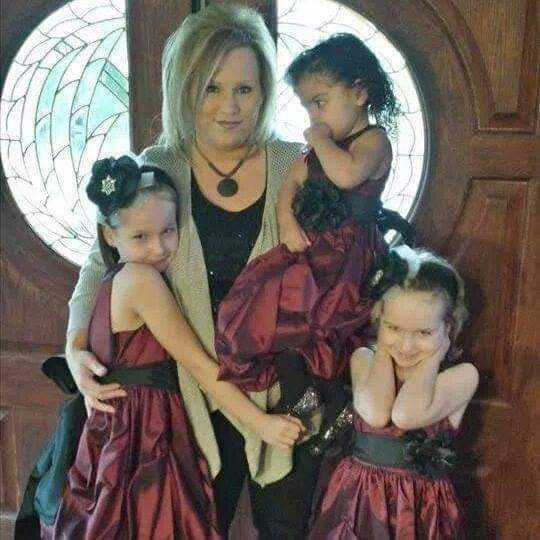 CONTRIBUTED PHOTO
Shaelyn and Seanna dress up for their adoption day with their mother Deanna Witte. They joined their adopted sister, Serenity.

And after school each day, the kids come home and do their homework.

Deanna said some of the children were shuffled around so much that consistency is a foreign concept. It is something they have to learn, but then they excel. The Wittes have children who are involved in ballet, football, baseball, the TAG program, hip hop dance classes, vocal lessons and art.

Consistency is a tip the Wittes share with families who are considering becoming foster parents. Supporting and helping interested people or those who have started on a foster journey is another way the Wittes have an impact on the foster and adopted kids in the area.

“We are huge advocates for kids,” Deanna said. “We give our number to new foster adoptive parents. We want them to succeed. Every child deserves a chance.” 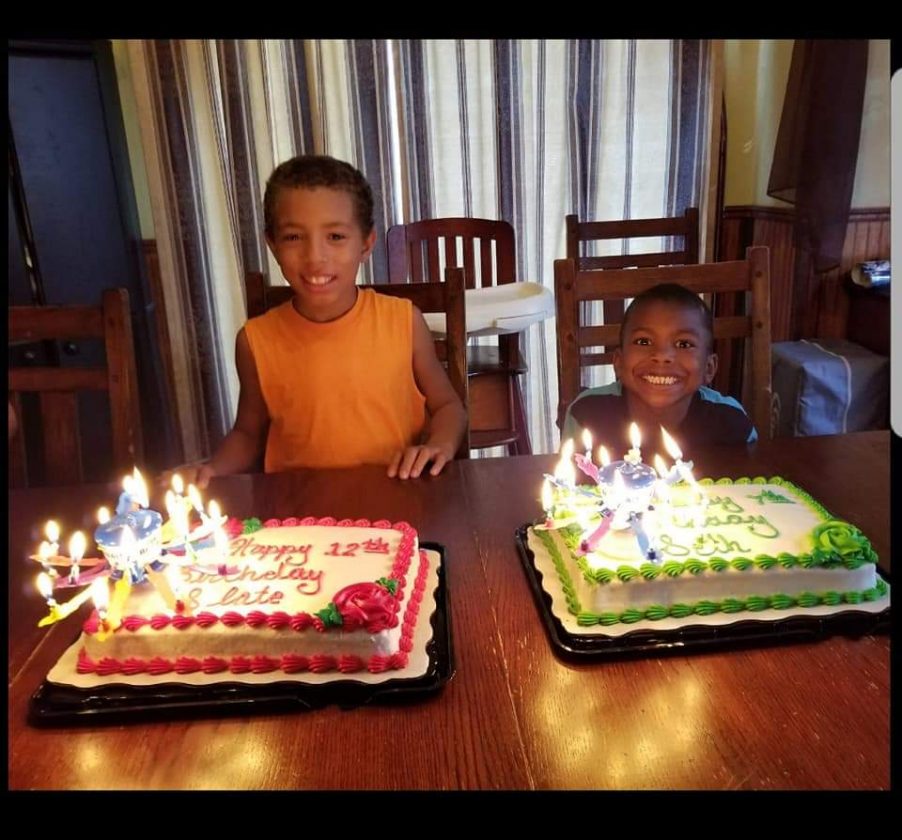 CONTRIBUTED PHOTO
The Wittes adopted Slate and Seth and they are just two of seven adopted children. Their birthday is on the same day.

To become a foster adoptive parent through Iowa people should call YSS at 515-233-3141. It is the agency the Wittes work with.

People go through an online orientation where they learn the process and what sort of behaviors children in the system can expect to display. After that, people will know whether or not proceeding is the right decision.

An application packet is filled out and background checks are conducted. Following the checks, training is begun and information is sent to the Iowa Department of Human Services. People are then paired with specific children by DHS.

T-R PHOTO BY LANA BRADSTREAM
Justin and Deanna Witte are child advocates who have adopted seven children into their Marshalltown home.

CONTRIBUTED PHOTO
Shaelyn and Seanna dress up for their adoption day with their mother Deanna Witte. They joined their adopted sister, Serenity.

CONTRIBUTED PHOTO
The Wittes adopted Slate and Seth and they are just two of seven adopted children. Their birthday is on the same day.