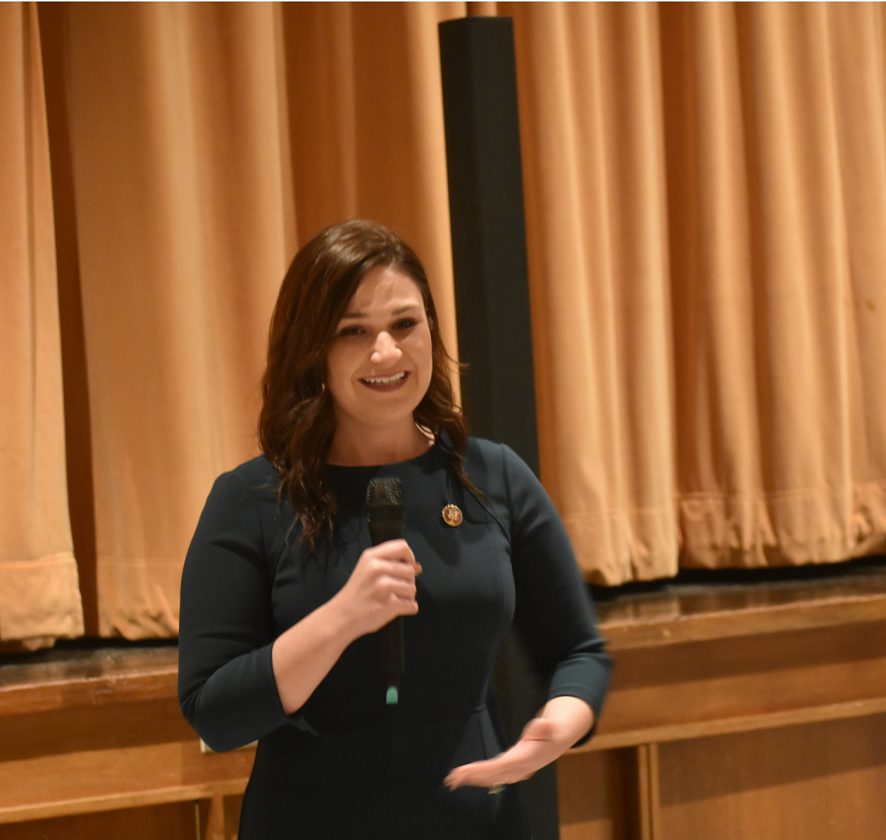 Nearly 50 residents showed up on Saturday to hear U.S. Rep. Abby Finkenauer’s remarks on a variety of topics from the importance of agriculture to the cost of prescription drugs to veteran’s healthcare.

“A lot of the work we do in Washington does not make the evening news,” she said during the Fisher Community Center town hall. “We work in bi-partisan fashion on legislation important to Iowans and Americans. We have passed 275 bills awaiting action in the U.S. Senate.”

Finkenauer (D-Dubuque) was the first member of the freshman class to pass a bill through the House of Representatives. She worked with Republican colleague Rep. John Curtis (R-UT) on legislation that would make it easier for rural small businesses to compete for government contracts.

Saying agriculture was a priority, Finkenauer told the crowd that she has communicated to President Trump’s White House liaison about the many farmers in her district and across Iowa who are hurting financially.

After hearing two attendees express concern about the future of Social Security, she said she would fight proposed cuts to the programs in the President’s budget.

Marshalltown was the last of four town halls Finkenauer hosted during the weekend.

She was in Decorah and Osage Friday. On Saturday she hosted a town hall in Waverly before the Marshalltown stop.

Marshalltown was the first community Finkenauer visited after she was sworn in to Congress in January 2019.

She wanted to see first-hand the extensive damage caused by the July 2018 tornado and the town’s recovery efforts, and has returned on several occasions.

Finkenauer served in the Iowa House for two terms before defeating Republican incumbent Rod Blum of Dubuque in 2018.

She is up for re-election this year and will face the winner of the Republican primary on June 2.

Finkenauer and Hinson raised $3 million in 2019 for their respective campaign war chests.

At age 31, Finkenauer is the second youngest member of Congress. 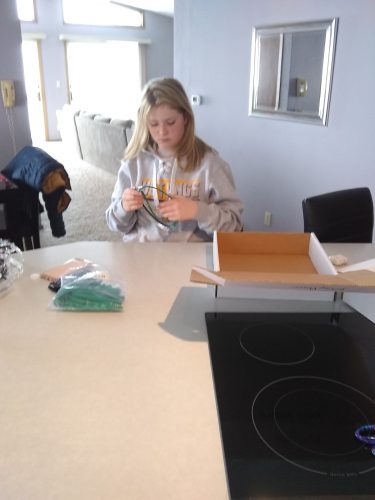 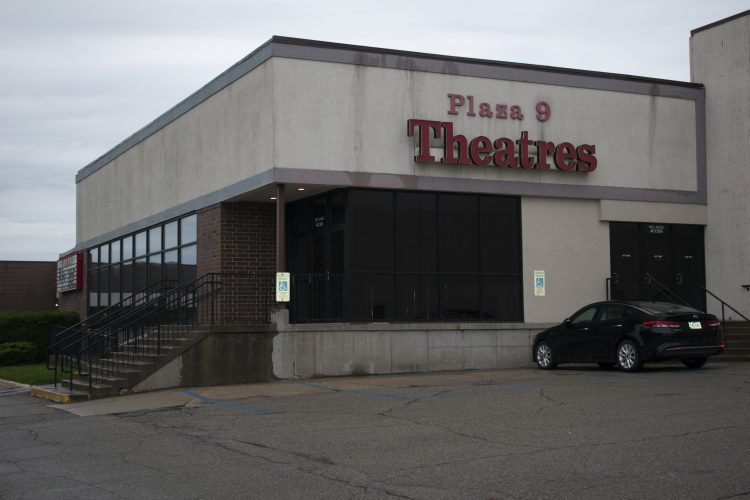 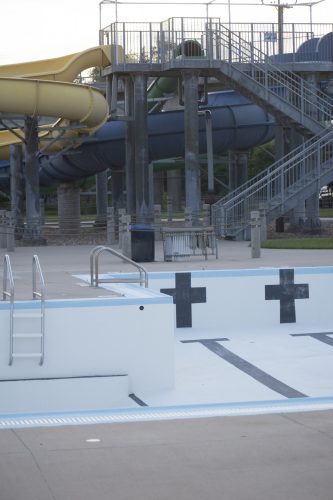