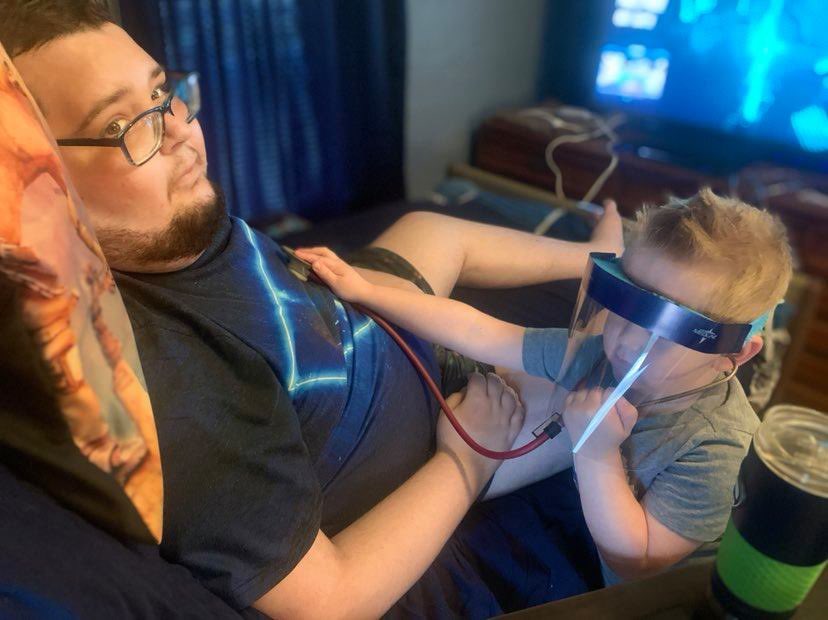 CONTRIBUTED PHOTOS Tyler Wilson lets his nephew listen to his heart. Tyler is spending as much time as he can with his family and friends.”

The 24-year-old Marshalltown man was diagnosed with stage four Ewing’s sarcoma two years ago on his April 23 birthday. He is not expected to live to see his birthday.

However, his mother, Su Pals, said Tyler was not expected to live through last week, but he proved people wrong.

One of the reasons Pals believes Tyler keeps fighting is the amount of support he has received from the community of Marshalltown and from across the country.

On March 29, around 60 people in Marshalltown surprised Tyler with a birthday parade. One of his last wishes was to have a big birthday party, which was going to be held on Friday, but the coronavirus changed those plans. Instead well-wishers drove by Tyler’s home, dropped off birthday cards for him and provided some confections to satisfy Tyler’s love of sweets. 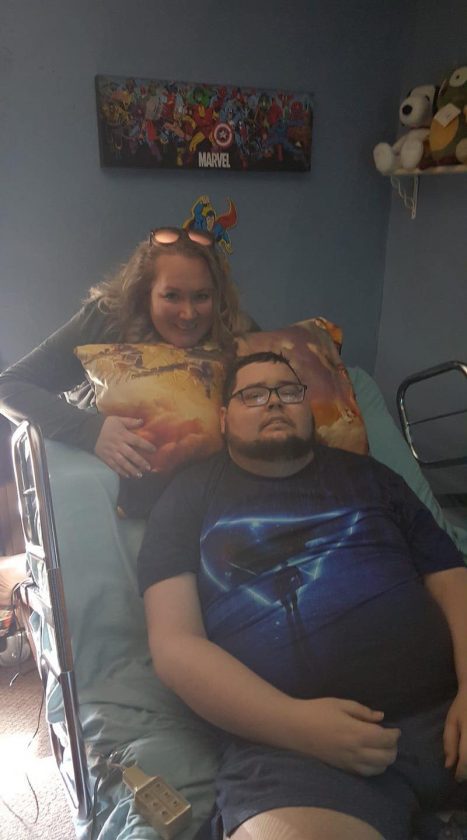 Contributed photo Tyler Wilson and his sister, Emily Corte, spend time in his room. Wilson was diagnosed with Ewing’s sarcoma and after many rounds of chemotherapy, it spread to his liver.

The party was also going to serve as a fundraiser. It was to be held at the Central Iowa Fairgrounds with music provided by live bands and was something Tyler was looking forward to.

“It was going to be a big birthday party, fundraiser and card shower,” Tyler said.

Su said the benefit will still be held to celebrate Tyler’s life in the fall.

Emily Corte, Tyler’s sister, said there will be a silent auction and pork dinner as well. Corte said the family would like many people to attend the benefit.

Even though Tyler will not get to attend the benefit, he is carrying the memory of the parade with him.

“That was the most precious thing ever done,” Tyler said. “Words cannot describe how great I felt and how grateful I am that people gave their time and pulled it off.”

Corte said Tyler was shocked by the parade and overwhelmed with joy.

Corte said Tyler’s aunt suggested a parade when it became clear the benefit was not going to happen before Tyler passes. She created a Facebook event and shared the idea with friends.

“At the end, people came to the window and waved,” Corte said. “One person even let balloons go. The really neat thing was all the cards he got with heartfelt messages.”

One card in particular struck home with Tyler. It was from his nurse from the Iowa River Hospice.

“It said she was in the parade, the second from the last car,” he said. “That she would take her time and be in the parade really touched my heart.”

Su said the outpouring of support from the parade got him kicking.

“He was not supposed to make it to Monday or Tuesday,” Su said. “That parade sparked him.”

Tyler and Su were told in January that Tyler would not be able to defeat the Ewing’s sarcoma, which is an aggressive bone and tissue cancer. Su said Tyler had gone through eight rounds of chemotherapy and two rounds of radiation. Each time the cancer returned. Finally, it appeared in his liver. The doctors told them that a liver transplant was not an option.

“They told him he could continue treatments which would make him last longer, but Tyler said he was done,” Su said. “He said, ‘let life take its course.’ He has a strong faith. He knows where he is going. He said he’s ready for whenever they come get him, which is amazing for a 24-year-old to say that. I wouldn’t be ready.”

Knowing Tyler would want to be around friends and family, they decided not to admit him to the Iowa River Hospice. He wanted to be home so he could have more than one visitor at a time.

Tumors have also appeared in the lower part of his body, such as his knee which makes movement difficult. That means Tyler spends his day in his bed, but he is also an avid video gamer. He spends time playing games, such as “Borderlands,” with friends online. Tyler does not know what he would do without the video game option.

He does wants people to remember a phrase which has become the motto of Team Tyler — “No one fights alone.”

The support Tyler has received from his family, friends and community of Marshalltown have certainly been a testament to that.

“No matter what your circumstance are — cancer, another disease, mental illness — somebody always has your back, no matter what,” Tyler said. “That hits home for me. People who do not even know me showed up and that is amazing to me.”

Contributed photo Tyler Wilson and his sister, Emily Corte, spend time in his room. Wilson was diagnosed with Ewing’s sarcoma and after many rounds of chemotherapy, it spread to his liver.

CONTRIBUTED PHOTOS Tyler Wilson lets his nephew listen to his heart. Tyler is spending as much time as he can with his family and friends.” 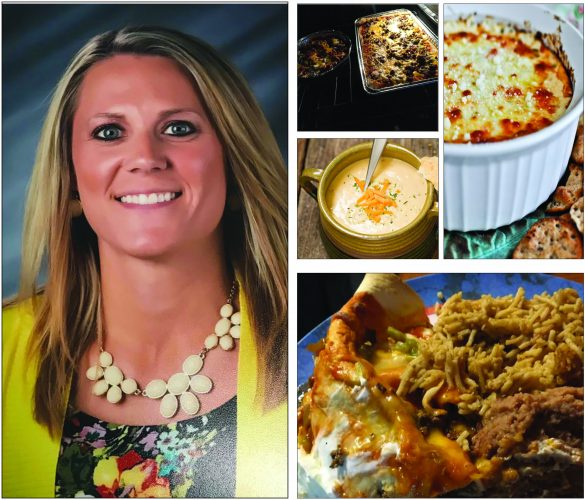 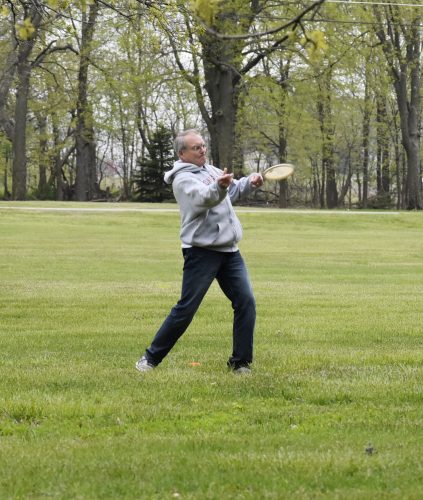