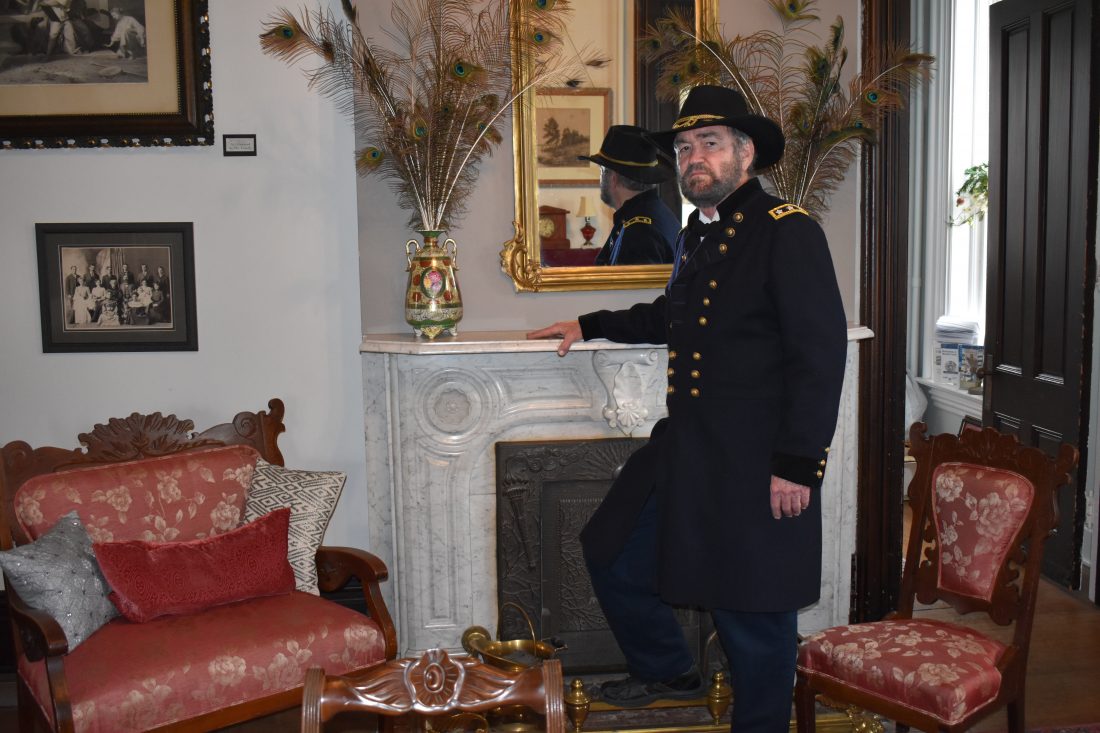 While the Marshalltown Community Theatre will not be present any productions in the near future, theatre enthusiasts should note a virtual show being released this weekend.

“Unconditional Surrender: A Visit with Ulysses S. Grant,” a show written and performed by Pete Grady of Marshalltown, will be available for viewing 7 p.m. on Sunday. Those interested can access the performance through numerous Facebook pages, including Marshalltown Community Theatre, the Marshall County Historical Society, the Marshalltown Community Television McTV, the IVCCD Orpheum Theater Center page and a Facebook page, bearing the same name, created especially for the show

Grady said he enjoys playing Ulysses S. Grant in the play and thinks viewers will get a lot out of it.

“It is very gratifying. It’s fun to do. I think it answers some questions and poses some interesting issues,” he said.

The show opens with Ulysses S. Grant in the final year of his life, dying from throat cancer. Most know Grant as a renowned general who clinched the win in the Civil War for the Union and as President afterward, but the show reveals another side of him. At the end of Grant’s life, he was destitute and concerned with how he would provide for his family. The play brings to life a figure often only seen as a two-dimensional hero.

“Unconditional Surrender” was recorded at the Mowry Irvine Mansion, a fitting backdrop for the historical performance.

Rick Gooding, member of the Marshalltown Community Theatre, will introduce and host the performance.

In accordance with social distancing precautions, the recording was limited to four people- Gooding, Grady, the camera operator and a technical assistant.

While Grady has performed the show many times, this particular performance is in recognition of Decoration Day, which honored those who died in the Civil War. Later, the holiday would be changed to Memorial Day and honor the fallen from all wars.

Grady was inspired to write the show after a colleague mentioned his resemblance to Grant. With Grady’s interest in the Civil War and theatre, he began a search for shows featuring Ulysses S. Grant. After being unsatisfied with what he found, Grady decided to make his own.

Grady said he could not put an estimate on the time he spent making the production. He said it involved reading a lot of books and writing many, many drafts.

Grady’s hard work has paid off, though,  as he has performed the show more than 100 times with glowing reviews.

He first performed it in 2012 at the Iowa Veterans Home. Since then, Grady has taken the performance across Iowa and to Minnesota, Wisconsin, Illinois, Missouri, Colorado and Arizona.

The show will be a little different this time around.

“This is the very first performance without an audience,” Grady said.

He mentioned he usually relies on audience reactions, which will not be present. Grady has also taken away the PowerPoint he usually uses to supplements his performance, as it would only add to the technical difficulty of the show.

At a time when the country continues to battle the pandemic, Grady believes the production of art is important as ever.

“Art is what is the best of us, I believe. And I think that art can inspire, and art can entertain,” he said.

Grady went on to note that it can be an escape in which people forget their troubles and are a little more free.