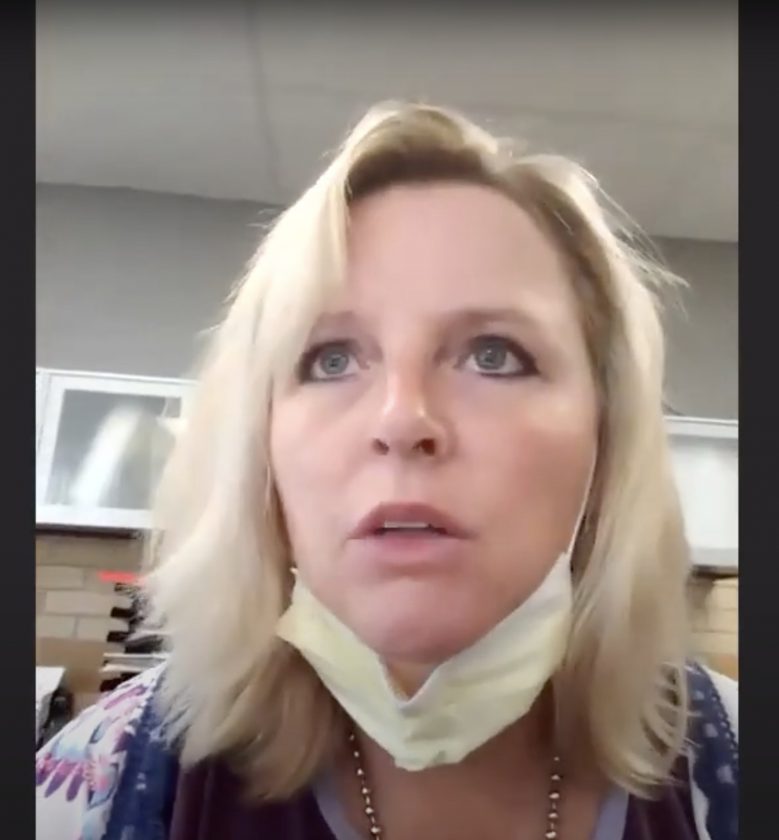 CONTRIBUTED PHOTO Kim Elder, the Marshall County Emergency Management Coordinator tells the Board of Supervisors the Test Iowa site at the Marshalltown Community College will close on Friday.

The Marshall County Board of Supervisors received some updates on COVID-19 regarding reopening courts and the Test Iowa site during the regular Tuesday meeting.

Auditor Nan Benson said there have been conversations with the Iowa court system regarding reopening.

“Court opening July 13 with jury trials not opening until Sept. 14,” she said. “So they’re putting those out quite a ways.”

Benson said the county is looking at providing additional space for the trials since proper social distancing cannot be held in the current facility.

Marshall County Emergency Management Coordinator Kim Elder said the Test Iowa site is scheduled to close Friday. She said it will have been opened for one month.

“It looks like we had about 200 people tested out per day on average,” Elder said. “Those aren’t just all Marshall County residents, but they are important nonetheless.”

Supervisor Steve Salasek asked if other Test Iowa sites are open. Elder told him there are and that locations are not chosen based on the number of COVID-19 cases.

She also said the Marshalltown Community College, where the Test Iowa site was located, was wonderful to work with.

Elder is working with the state of Iowa to provide health care workers with a stockpile of personal protective equipment supplies in the event there is another surge of COVID-19 cases. She said it would not be for daily use, but only for emergencies so there is no shortage.

“We hope to have a little bit of a respite between another surge,” Elder said. “Hopefully we don’t see that surge, but that’s what we’re planning for.”

• Lisa Gassman provided the Marshall County Board of Supervisors with an update on the progress of the 2020 Census.

Salasek said even though the issue might come across as a broken record, it is important and critical for the county.

“We’re a couple weeks into that challenge and I just wanted to put some kudos out to Laurel, Liscomb and State Center, Marshalltown, who are all up in their Census responses,” she said. “We’re thrilled about that.”

• Supervisors provided the Marshall County Environmental Health Department the ability to apply for the Iowa Grants to Counties programs. Marshall County is the only one in the state that does not have the ability. The grant helps offset costs for well water testing, repairs and plugging.

• Supervisors resolved to make $43 million in appropriations for county officers and departments for fiscal year 2020 which begins July 1.

• Paul Geilenfeldt said part of the Taylor road near Conrad is closed due to the amount of rain that fell. The ends of two culverts were washed out. Geilenfeldt said the county will be able to begin fixing the road on Thursday.