T-R PHOTO BY LANA BRADSTREAM - John Mann of Marshalltown practices with his .22 rifle at the Izaac Walton League on Sunday. He has enjoyed shooting since the age of 3.

Gun sales are increasing across America and Marshall County is no exception.

Dana Schoppe is the manager of Daryl’s Gun Shop in State Center. She said gun sales have been increasing since January. However, it really picked up speed after the pandemic began in March.

“I asked a few people why they were buying and they said it was because people were hoarding toilet paper, then diapers and the basic necessities that people need,” Schoppe said. “Gun owners are stocking up on ammo. The first-time gun owners want to protect themselves.”

Inquiries on how to get gun permits have been made. More people are utilizing the indoor and the outdoor shooting ranges at Daryl’s. Schoppe said there are many new faces at the ranges as usage has increased more than 150 percent since 2020 began. She said weekends at the range are full, there is barely any room for people.

“The pandemic scared everybody,” she said. “Some want to get more proficient at shooting and some are just going different routes from hoarding.” 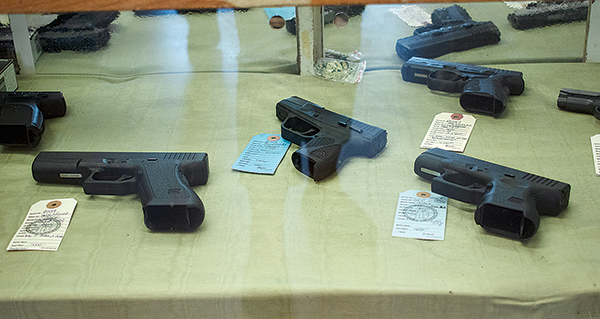 T-R PHOTO BY LANA BRADSTREAM - Gun sales have increased across the country, including in Marshall County. Dana Schoppe, the manager of Daryl’s Gun Shop in State Center, said maintaining an inventory of firearms can be a challenge.

However, Schoppe said some groups of people are simply shooting for the fun and sport of it, and for something to do when they hang out with friends.

John Mann, 36, of Marshalltown, said he has been shooting since the age of 3 and will be buying more guns and ammo now that he is a member of the Isaac Walton League. He knows at least 20 other people who purchase ammunition on a regular basis.

“Every time they get paid, they buy ammo,” he said. “The price has not gone up but soon it is going to be hard to find. They don’t want to run out.”

Mann has a .22 rifle and is concerned the ammo will be difficult to come by because a lot of people own that type of rifle.

“Ammo is super hard to find,” Schoppe said. “There is a shortage of guns and ammo now. Some of the companies shut down to protect their employees and they did not have a large stockpile.” 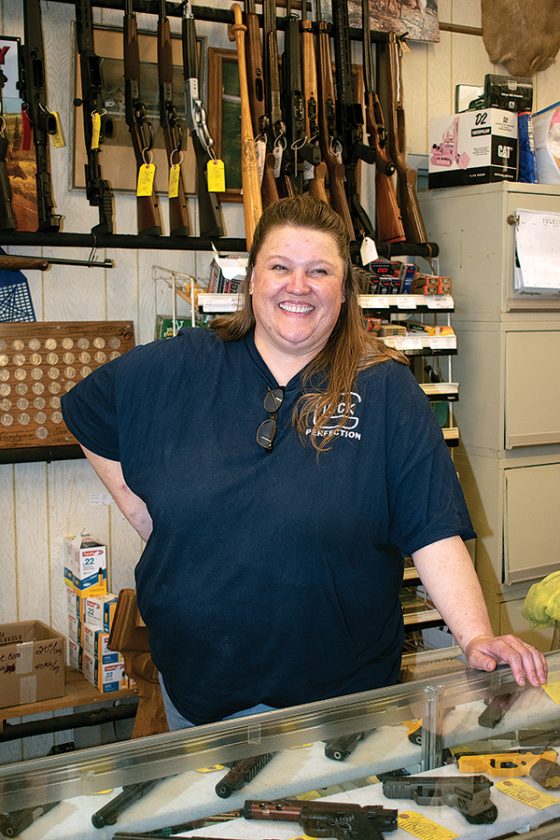 T-R PHOTO BY LANA BRADSTREAM - Dana Schoppe, the manager of Daryl’s Gun Shop in State Center, laughs with a customer on Sunday. She said business has increased at the store since January.

However, Schoppe said people are getting back to work at the manufacturers. For the time being, keeping ammo stocked at Daryl’s is a challenge, as well as the latest and greatest in firearms.

A lot of people have the interest in Springfield pistols and any type of AR.

“They are buying them whole or buying the parts to build them themselves,” she said.

Shotguns are not being requested and neither are hunting rifles, Schoppe said.

A few more requests have been made to participate in concealed carry classes, but Schoppe said it has not increased a lot. She said many people are also taking the courses online. The class at Daryl’s requires participants to get their hands on a gun and shoot. Even though that is not a requirement in Iowa. 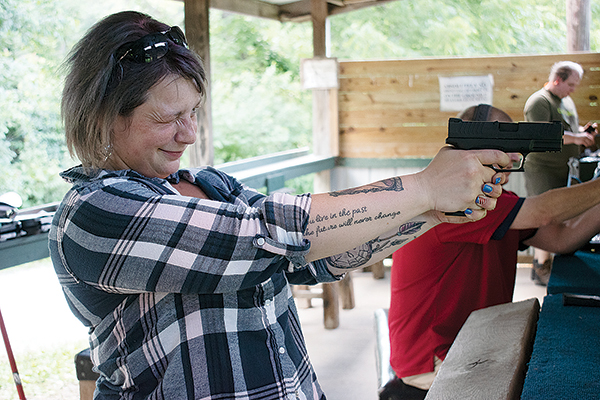 T-R PHOTO BY LANA BRADSTREAM - Sharon Harms of Marshalltown practices shooting with a Springfield XDM at the Isaac Walton League on Sunday. It was the second time she has ever shot a firearm.

The recent riots in America have caused an increase in inquiries about non-lethal rounds, such as rubber bullets and even tasers.

“They want to make sure that rioting or looting begins they can protect their business and home, but they don’t want to injure people,” Schoppe said.

Marshall County Sheriff Steve Hoffman said he has not had an increase in the amount of gun permit requests and has not seen official data from government agencies on increased gun sales.

However, Hoffman is a strong supporter of the Second Amendment and said he has no concerns about law-abiding citizens exercise those rights.

“I have a concern with the firearms in the hands of criminals, not law-abiding citizens,” Hoffman said. “If firearms are being purchased for self defense, it is incumbent that citizens educate themselves and understand the legality involved in the use of force.”

Schoppe thinks the increase of gun and ammo purchasing will slow down in August, but will stir back up again as the November presidential election comes closer.

“I would love to see it calm down,” Schoppe said. “Everybody has different opinions and that’s OK. We should be able to have open conversations. You never know what you might learn from another’s point of view.” 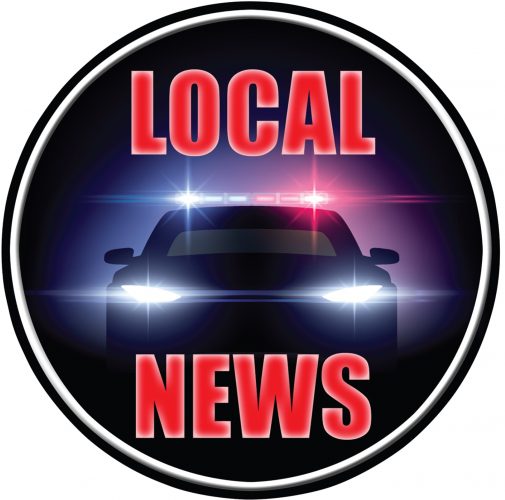 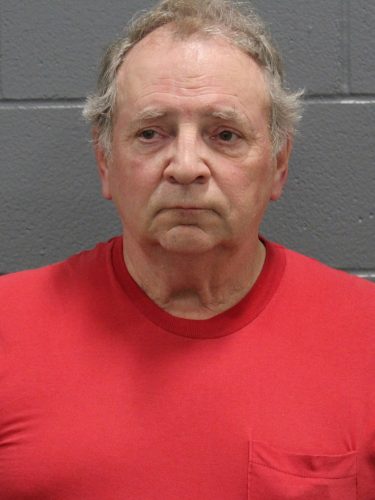 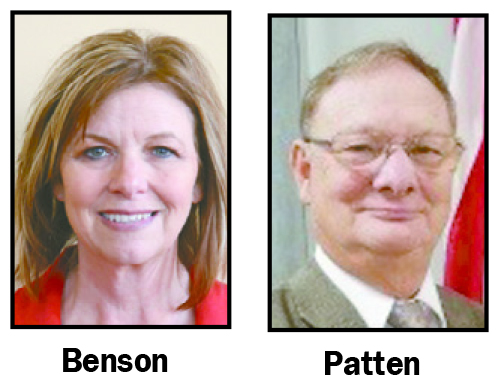 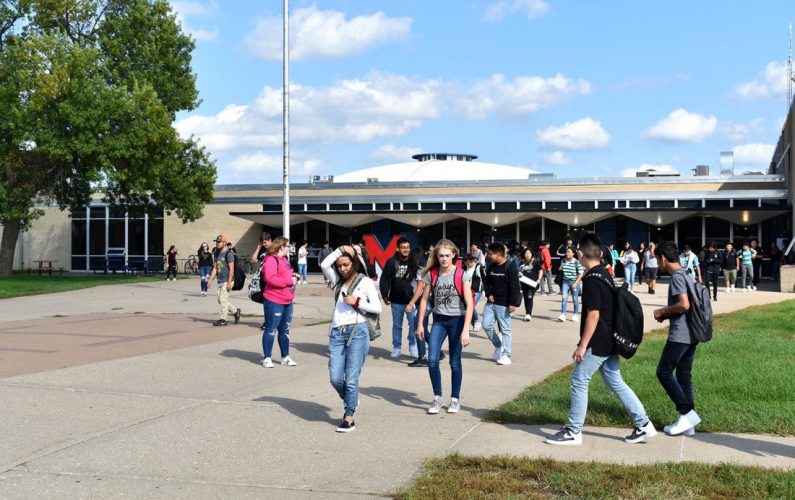 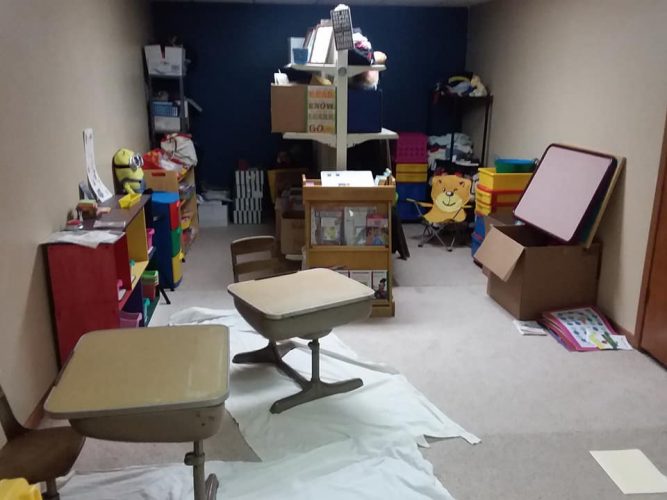