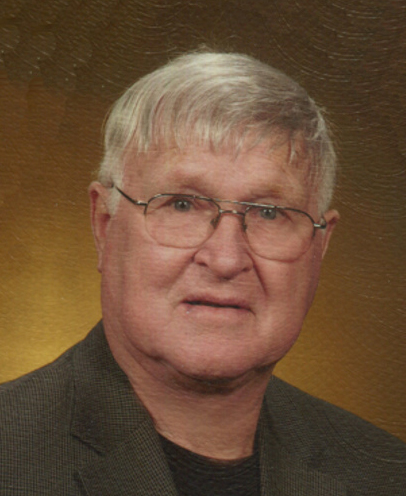 John was born on February 18, 1930, in Conrad, Iowa, the son of Joe and Anna (Klar) Kopsa. John attended rural schools and graduated from Marshalltown High School in 1948.

On February 17, 1952, he was united in marriage to Dolores “DeDe” Robertson at St. Mary’s Catholic Church in Marshalltown, Iowa. They raised four children together, Vicki, Karen, Jeffri and Joel.

John served as a Sergeant 1st Class with the Iowa National Guard “Red Bull Division” from 1948 through 1956. Every week they knew they could be called to duty but never were, but his group was ready to serve at any time.

John and DeDe farmed 320 acres north of Marshalltown for nine years. John was great on conservation and would keep fence rows cleared of trees and brush and did lots of tiling on his farm. He was named Outstanding Young Farmer in 1957 receiving recognition for “exceptional progress in agriculture and contributions to the Community of Marshall County.”

They moved their family to California where John held down two jobs, one as a construction worker and one as a carpenter. He worked heavy construction building freeways and also built spillways on Catalina Island. After five years, he realized that you can’t take the farmer out of me as he missed working the land and raising livestock and moved back to Iowa in 1969. They purchased a farm east of Tama at the Gladstone area. He got back to his roots, enjoying farming with DeDe and their children. To supplement his farming he worked at Fisher Control, Tama Meat Pack, CertainTeed, worked seasonally at Pioneer and helped his sons with their farming endeavors. He was one of the Tama County leaders of the American Agricultural Movement even making a trip to Washington D.C. with that group.

Upon “retirement” John and the family built John Ernest Winery and Vineyard. He enjoyed working with the land but most of all he enjoyed the people that would come from all over. He loved to share and hear stories from everyone and he and DeDe made many, many friends.

John’s personal motto was “family, faith, farming.” He enjoyed country music, the outdoors, mowing, being with his family, meeting people and watching sports on TV. He liked both the Hawkeyes and the Cyclones, but if they were competing against each other he rooted for the Hawks!

Memorials may be directed to the family or the American Heart Association.

Kruse-Phillips Funeral Home, Tama-Toledo, is assisting the family with arrangements.