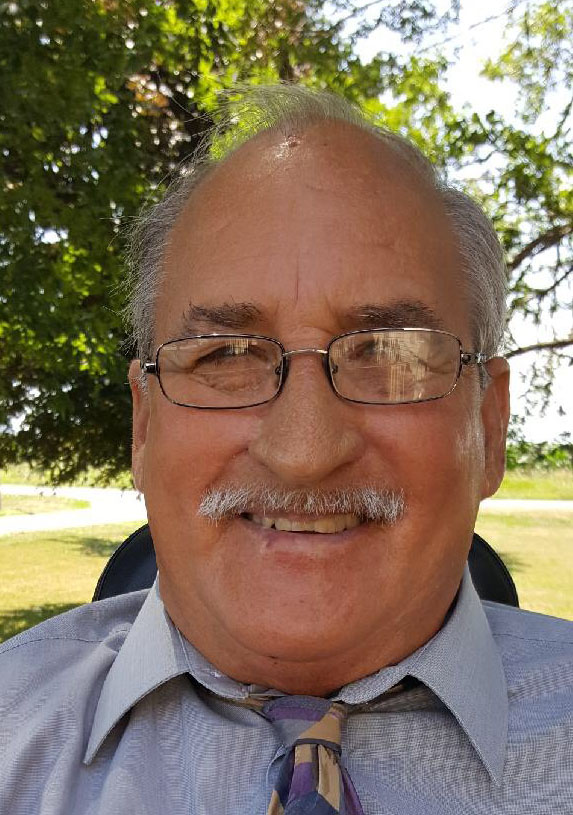 Dennis “Denny” Burgess, of Gilman, went to be with his Heavenly Father on July 20, 2019, at the University of Iowa Hospitals. Funeral services will be held on Thursday, July 25, 2019, at the Mitchell Family Funeral Home at 10:30 a.m. Visitation to be held on Wednesday, July 24 with the family to greet guests from 4-7:00 p.m. Memorial contributions may be made to the family to be used at a later date once a fund has been established. For condolences please visit www.Mitchellfh.com or call (641) 844-1234.

Denny was born on February 7, 1957, in Marshalltown. He was one of four children born to Albert and Betty (Anderson) Burgess. After his graduation from Hawkeye Tech, he went on to drive semis and never looked back. He loved his truck and all of the freedom of the open road. His love of driving started at an early age, conning his sister onto a go-cart so he could use her as a back rest to reach the pedals. He carried his love of music on the road with him and on through his whole life. Denny had a forever positive attitude. He was an encourager and always made sure to put others first. His positivity showed even when he was going to Dialysis treatments, “I don’t have to be on Dialysis, I get to be on Dialysis.” He was a mentor for those just starting treatments, calling with words of encouragement. That caring nature transferred over to his family. He was a fantastic father and grandfather, going out of his way to make sure everything was taken care of for them and that they were as happy as could be.

He was united in marriage to Marcia Everts on June 21, 2003. His most recent adventure was fulfilling his dream of turning an old barn into an opry house. After countless hours of labor Denny and Marcia proudly opened the doors to the Lighthouse Opry. They sang, danced and welcomed all kinds of musicians. Denny made many friends and touched so many lives. Anyone that had the opportunity to call him a friend joins in the grief of his passing.

He is preceded in death by his father Albert; brother Bob; father-in-law Harley and both his maternal and paternal grandparents.