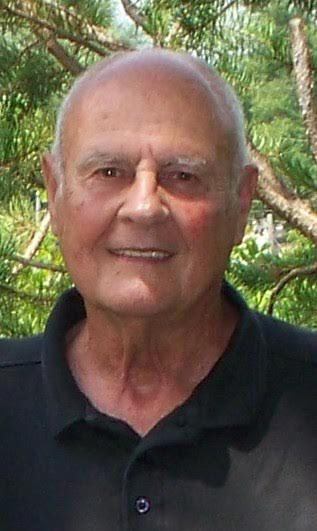 Keith William Augspurger, 90, of Baxter, Iowa, went to be with his Lord and Savior on Monday, November 25, 2019. A celebration of his life will be held on Sunday, December 1, 2019, from 2:00 – 5:00 p.m. in the fellowship hall of the Congregational United Church of Christ in Baxter, Iowa. A private family burial will take place at a later date in the Pulaski Cemetery.

Keith was born on the family farm in Grove Township in Davis County Iowa to Russell and Nelli (Bohi) Augspurger. He was raised in rural Pulaski, Iowa and attended Pulaski High School and graduated with the class of 1946. Following school, Keith worked with his father in the retail business. He also delivered milk. While delivering milk he met Mary Lou Longcor and the couple was married on December 24, 1948. Keith attended William Penn University and earned his associates degree and then joined the Air Force in 1951. Keith served honorably during the Korean Conflict and following his time in service returned to Iowa. He went back to William Penn and graduated with his Bachelor’s Degree in teaching. Keith was hired by Southeast Warren School District as the 8th grade science teacher. He then attended Drake University and earned his Master’s Degree. He worked for LDF as the elementary principal, then SEMCO as the K-8 principal until he retired in 1984. When Keith retired they moved back to Pulaski where Keith and Mary Lou enjoyed making and selling crafts at various craft shows until Mary’s death in 2003. In 2014, he moved to Baxter where he enjoyed harvest suppers, attending school functions and church activities with Dorothy until his passing. Keith was a member of the Mennonite Church in Pulaski, Marshalltown Men’s Choir, Marshalltown Elks Club, Laurel Lions Club and he attended the Congregational United Church of Christ in Baxter. Keith was a very humble man who loved spending time with his family and friends, nature, fishing, hunting, camping, bird watching and building crafts.

Keith was preceded in death by his parents, wife Mary Lou; brothers Byron and Roger Augspurger.

In lieu of flowers memorial contributions may be directed to Dee Dee Smith, 8182 East 92nd St. South, Sully, Iowa, 50251 so the family can direct them to Keith’s favorite organizations.

Fredregill Funeral & Cremation Care in Baxter has been entrusted with the care of Keith and his family.