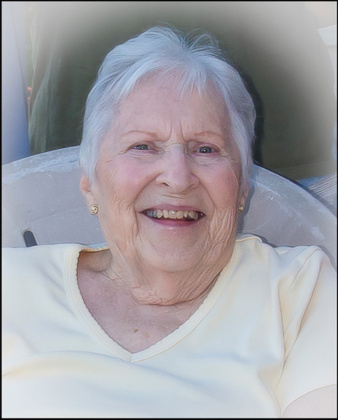 Doris Doyle passed away at her home on Friday evening, November 29, 2019, following long-term complications of pneumonia, under the care of Iowa River Hospice. A Mass of Christian Burial will be held on Wednesday, December 4, 2019, at 10:30am in St. Patrick’s Catholic Church in Tama with Father Dennis Conway as celebrant. Interment will follow at St. Patrick’s Cemetery in Tama. Visitation will be held Tuesday, December 3, 2019, from 5-7pm at Kruse-Phillips Funeral Home in Tama, with a Vigil Service following at 7pm.

Doris was born in 1930 in Letts, Iowa, daughter of Philip and Stella (O’Connor) O’Toole. She grew up on a farm near Letts, with her four sisters, Corinne, Ruth, Marie and Marilyn. She attended school in Letts, graduating in 1948. She studied elementary education at Iowa State Teachers College in Cedar Falls, graduating in 1950. In the summer of 1950, Doris came to Tama as a school teacher, and taught both kindergarten and second grade for several years.

In late 1950, she met James G. Doyle and on July 21, 1951, they were married at St. Malachy’s Catholic Church in Ardon, Iowa. Jim and Doris were the parents of four children, Kathy, Diane, Dan and Sue. As children were born, she transitioned from teaching to become a fulltime housewife and mother, raising the children on their rural Tama farm. Doris was active in St. Patrick’s church for many decades, and was a long-time member and officer of both St. Elizabeth’s Circle and CCW.

The family would like to thank the staff at Tama County Public & Home Health and Iowa River Hospice for their aid and support during the recent months.

In lieu of flowers, contributions can be sent to Iowa River Hospice in Marshalltown or Tama County Home Health Care in Toledo.