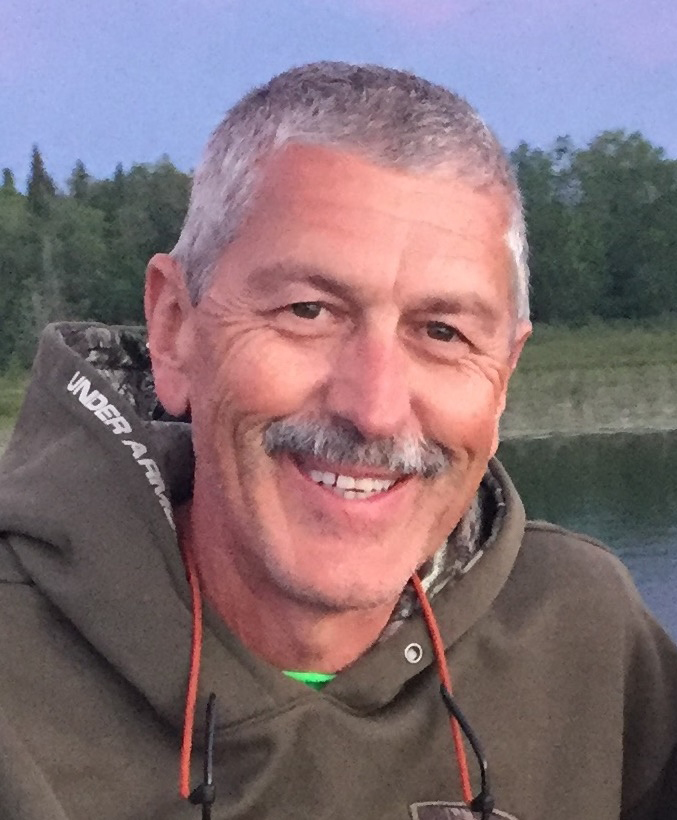 Donald Eugene Williams, 63, of Allegan, MI passed away Friday, January 10, 2020 at Rose Arbor Hospice in Kalamazoo. Born April 13, 1956 in Marshalltown, IA, he was the son of the late Russell Madison Williams and Estella Novella (Frank) Stinocher and was the husband of Nora Balgoyen-Williams. Don was the youngest of nine children. His devoted mother and loving siblings strongly influenced his childhood upbringing in Iowa and throughout his life. After graduation, northern Minnesota became Don’s next true home. He developed life-long friendships and took the family back to vacation there every year. He enjoyed spending time in the great outdoors; especially if he had a fishing pole in his hand. Don also loved riding his Harley Davidson motorcycle and had owned one for most of his life. When the seasons changed and he couldn’t get out on his bike, he turned to snowmobile riding instead. Don was always very handy with construction or projects around the house and at work and didn’t mind getting his hands dirty to get the work done. If you knew Don, you know he was the first in at work, always gave his best and encouraged others to be their best. His legacy will be the unconditional love and support that he gave his family, especially his boys.

The family will receive friends at Gorden Funeral Residence, Allegan Chapel, on Thursday, January 16, 2020 from 10:00 AM until 12:00 PM. A funeral service will begin at 12:00 PM. Following the service, an open house celebration will be held at the Hartman Convention Center at 690 N Eastern Ave, Allegan from approximately 1:00 PM – 5:00 PM. Memorial contributions may be made to Hospice Care of Southwest Michigan, 222 N. Kalamazoo Mall, Suite 100, Kalamazoo, MI 49007.