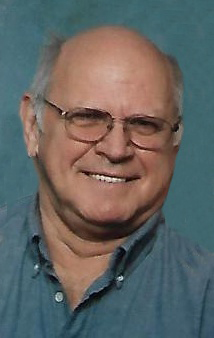 James L. Borton, 82, of Marshalltown, IA, passed away peacefully surrounded by his family Tuesday evening, January 7, 2020, at the Southridge Specialty Care in Marshalltown.

Cremation rites have been accorded and a Memorial Service will be held at 3:00 p.m. Friday, January 17, 2020, at the Mitchell Family Funeral Home in Marshalltown. There will be no visitation and friends may call at service time at the funeral home. A memorial fund is being established. For further information or to send his family a condolence, please visit www.mitchellfh.com or phone 641-844-1234.

James LeRoy Borton was born on August 9, 1937, in Marshalltown to James and Hazel (Scovill) Borton. He grew up the Marshalltown area before honorably serving our country in the United States Air Force. Upon returning home, Jim had worked at several jobs and enjoyed racing cars at the Marshalltown Speedway as a young man. He enjoyed collecting die cast race cars and eagles. On December 29, 2000, he was united in marriage to Linda Achtemeier-Wiegand. Most recently, Jim delivered auto parts for O’Reilly’s in Marshalltown for fifteen years before retiring in 2015. His favorite pastime was bowling and watching sports on TV.

Preceding him in death are his parents; sister, Bonnie Emerson and two brothers, Wayne and in infancy, Gerald.