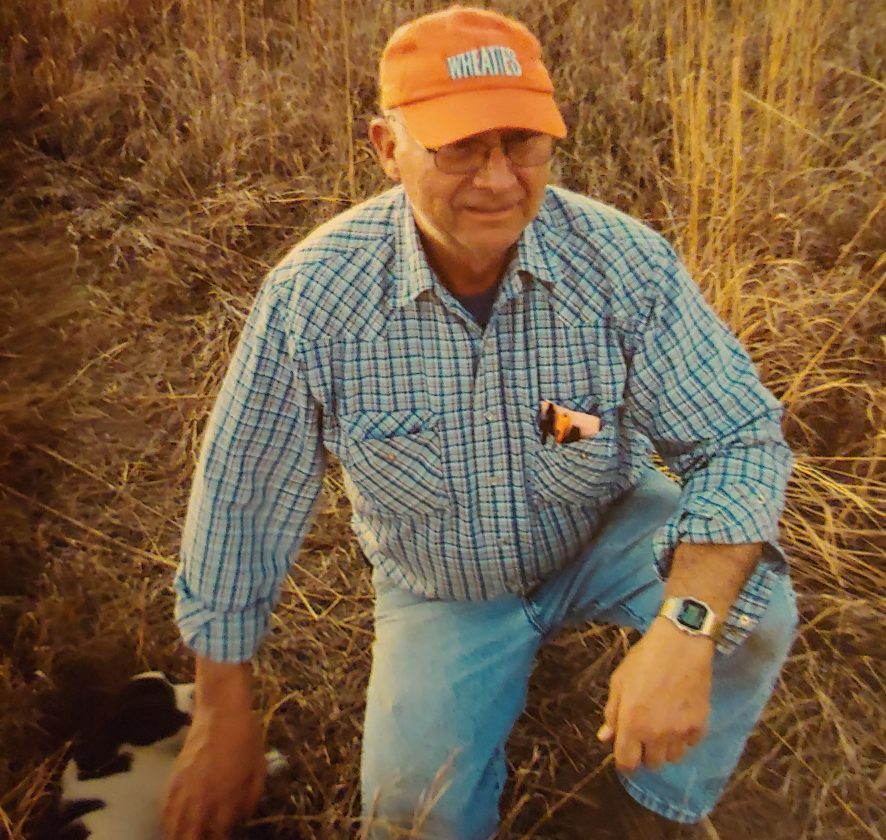 A true Hero Ray “Carl” Zoffka II, 76, of Garwin, Iowa, passed away peacefully in the early hours of the morning at the Iowa Veteran’s Home on Monday, February 17, 2020, with his family at his side.

A celebration of life for Carl will be held on Saturday, February 22, 2020, at the “Old Grocery Store” on main street in Garwin, Iowa, from 4:00 to 7:00 p.m. under the direction of his family. Memorials in Carl’s name may be made to his family for a later designation. For additional information or to leave a condolence to the family please visit www.mitchellfh.com or call 641-844-1234. Care for Carl and his family have been entrusted to Mitchell Family Funeral Home.

Ray Carl Zoffka II was born in Storm Lake, Iowa, to parents Ray and Geneva (Vernon) Zoffka. Carl attended school in both the Ogden and Gladbrook Community School District. He graduated school from Gladbrook High School in the class of 1962. Carl was an athlete and was the quarterback for Gladbrook High School. He was undefeated his senior year and also ran at state track in the quarter mile. Upon his graduation from high school, Carl attended William Penn University on a football scholarship.

Carl enlisted in the United States Navy and served 11 years as a master electrician aboard several nuclear submarines. During his time in the service, Carl had an impeccable record and was a humble man. He would never let on his accomplishments and high regards that he received from his fellow servicemen and officers. In 1975, he was honorably discharged from service.

In September 1968, Carl was united in marriage to his wife Sandra Pappas. The two began a family of their own having two children. They lived in various states throughout their lives as Carl moved from base to base. The two later divorced and Carl would later call Garwin his forever home. Upon returning to his civilian life Carl briefly worked as an electrician for Kapaun and Brown in Marshalltown until beginning his own business Carl’s Electric Service where he did electrical contracting work until his retirement in 2016 due to his declining health. Carl was strong in his faith and beliefs. He lived out his values of selflessness, family, giving back, hard work and integrity in all aspects of his life.

In his free time, Carl was a member of the Garwin Lions Club, American Legion Post 71 of Garwin, Iowa, he was on the Tama County Economic Development Board, Garwin Revitalization Committee, Garwin Christian Church and the Elks Lodge. He valued and enjoyed family over all of his hobbies. He was active in the Garwin community, went pheasant hunting, an avid golfer and reader, a man who enjoyed daily walks with his dogs, going to any of his grandchildren’s sporting events to cheer them on, liked to dance and laugh with family, he enjoyed running up until he took residence at the Iowa Veterans Home in Marshalltown, and truly enjoyed having a Heineken and a bag of chips at the Garwin Bull.

He was preceded in death by his parents Ray and Ione Zoffka; Geneva and Winfred Austin; his nephew Greg and Gus, his 4-legged companion.

Carl’s passion for life and genuine character will truly be missed by his family, friends and community.