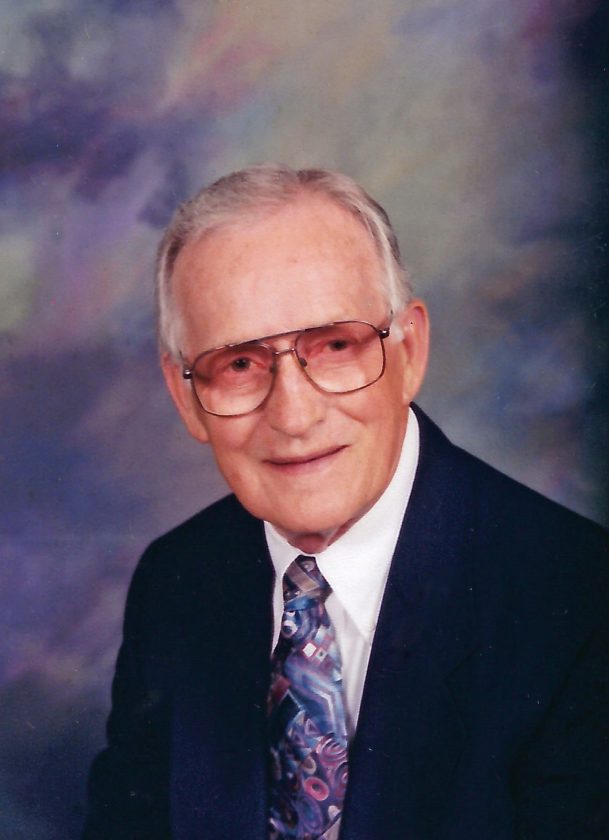 A 1943 graduate of Zearing High School, Bill was a World War II veteran having served in the U.S. Navy from 1944-1946. Following his discharge, he obtained bachelor’s and master’s degrees from Drake University. From 1949-57 he taught and coached boys and girls basketball in the Iowa Public Schools System before joining Packaging Corporation of America as a sales representative. In 1961, he was transfered to Quincy and retired from PCA in 1991.

In addition to his wife, Bill was preceded in death by his parents, three sisters, and a son, Bret William Kniel.