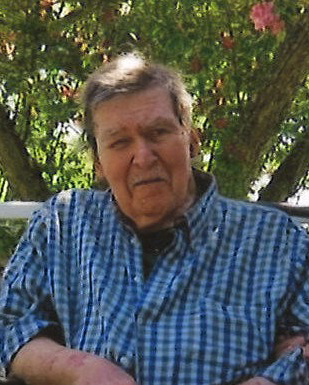 Ronald Emery Ikan, 78, of Solon, died Wednesday, January 1, 2020, at the Solon Nursing Care Center. The previously scheduled Celebration of Life at Brosh Chapel & The Avacentre in Solon has been postponed to the summer of 2021 or 2022 – whenever it will be safe for all to travel and gather together.

Ronald was born October 6, 1941, in Frankfort, Indiana, the only child and son of Emery and Audra Marie (Hamilton) Ikan. He grew up in Waukegan, Illinois, graduating from Waukegan Township High School, class of 1959.

Ron earned a degree in History and English from Monmouth College, in 1964.

He attended the University of Iowa Writer’s Workshop in 1965. Ron was united in marriage to Patricia Pat Blum on July 29, 1966, at College Green Park in Iowa City. He worked for many years at Amana Refrigeration, ACT and Pearson. Ron was an avid reader, supporter of the Arts, especially Jazz music and loved the Chicago White Sox, Chicago Bears and the University of Iowa sports.

Ron was a poet and was especially proud that he’d recently completed THE STARS AT NIGHT ARE BIG AND BRIGHT: what 3,590 cities and towns in the State of Texas saw and heard on one of those starry nights. He was working on the cities and towns of Iowa at the time of his death.

Ron is survived by his wife, Pat, of Solon; his son John Coltrane Ikan, of Iowa City; his brothers-in-law Gary Blum, of Los Angeles, California and Larry (Gail) Blum, of Marion; his nephews Michael Blum and John Blum, of Los Angeles, California and Shane (Cassie) Null, of Shoreline, Washington; his niece Shelley Smith, of Charles City; and great-nieces, great-nephews and cousins.

He was preceded in death by his parents, his father and mother-in-law Morris and Evelyn Blum; as well as his aunts and uncles, Virginia (Marty) Zandrews, William (Mary) Hamilton, Kay (Ellis) Plank, Lyle (Mildred) Blum, Sally (Sam) Lyle and Jim (Beulah) Blum.

Memorials may be directed to the Solon Public Library, Solon Fire Association or the Solon Retirement Village in his name.

The family would like to extend a special thank you to the Solon Skilled Nursing Rehabilitation Unit for their loving care of Ron during 2019. The family would also like to thank everyone for the calls, visits, cards, letters and memorials received since Ron’s passing. We appreciate your love and support.

Online condolences may be expressed to the family at www.broshchapel.com.