GEAR UP helps put class on path to higher education 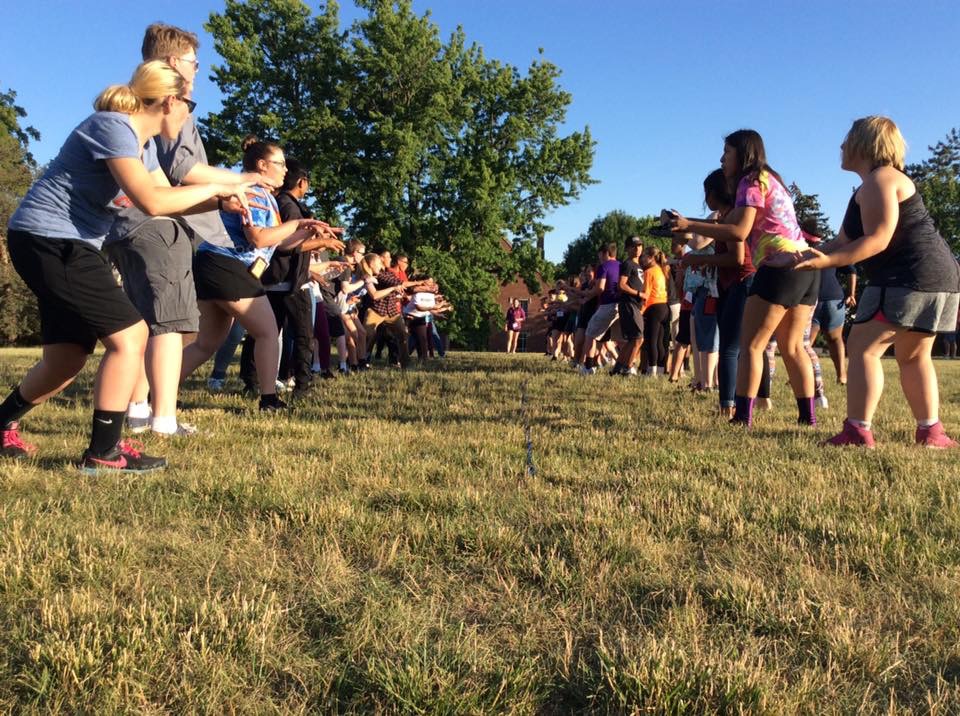 As the virtual commencements and drive-by celebrations for the high school class of 2020 fade into memory, Iowa College Aid would like to recognize a group of new graduates for whom this time is especially bittersweet. They are the students of GEAR UP Iowa, and they defied odds to reach this milestone in the strangest and most challenging of times.

GEAR UP (Gaining Early Awareness and Readiness for Undergraduate Programs) is a federal program focused on increasing college access and success in school districts where more than half of students qualify for free and reduced price lunch. It is administered by Iowa College Aid, a state agency whose motto is “Because College Changes Everything.”

Iowa received its first grant in 2008 for students who graduated from high school in 2014. With our second grant, GEAR UP Iowa began working with the high school class of 2020 when they were in seventh grade, and we will continue to support them over the next year as they make their transition to college. Today, more than 7,000 young people from 25 Iowa high schools in 12 school districts receive GEAR UP services. These districts are Marshalltown, Cedar Rapids, Clinton, Columbus Junction, Davenport, Denison, Des Moines, Fort Dodge, Ottumwa, Perry, Sioux City and Storm Lake.

GEAR UP Iowa staff and coordinators have worked tirelessly over the past six years to organize tutoring and mentoring, family events, job site and college visits, student summits, college exam preparation and testing, and financial aid and college application assistance. Because finances play a key role in college decisions, Iowa College Aid developed a scholarship that awaits all those who enroll in college.

Research from the University of Iowa and Iowa College Aid demonstrates the effectiveness of these supports. A study of our first cohort in eastern Iowa found the college enrollment rate to be 3 to 4 percentage points higher for GEAR UP students than their non-GEAR UP counterparts, halving the college enrollment gap between lower-income and higher-income students.

When the current class reached their junior year in high school, GEAR UP Iowa offered free district-wide ACTs in nine districts, and testing rates there spiked from below half to more than three-quarters nrising well above the state average of two-thirds.

In their senior year, GEAR UP Iowa students showed a marked increase in their filing rate for college financial aid: 9.4 percentage points above the rates at their schools the year before. This is remarkable when considering the current national filing rate has dropped and overall Iowa rates have barely held steady since the start of the COVID-19 pandemic. GEAR UP Iowa students have decisively bucked that trend.

However, numbers only tell the part of the truth. Further proof comes from past and present GEAR UP Iowa students who say:

• “At first I didn’t want to go to college. I thought it was going to be boring, but now college is really interesting to me. I can’t wait to go.”

• “With GEAR UP I have chances of doing things that I wouldn’t be able to do on my own such as pay to take the ACT, go on college visits.”

• “We’ve been on many college visits, learned about college, and got some ideas about areas of study. I have learned about preparing for college financially, saving money, scholarships, and the effect of GPA and grades. I have also gained confidence.”

• “Giving a scholarship helps students realize they are worth being invested in, which serves as motivation to continue to seek out more opportunities. It’s more than just the one scholarship. It’s a chance to show students that if they put in the effort, they can get their education funded.”

• “GEAR UP Iowa representatives helped me understand how expensive my college career could be. I was taught to take advantage of the millions of dollars that were offered in scholarships. I entered college knowing that I could leave debt-free.”

While GEAR UP delivers clear benefits for the future of Iowa, the future of the program itself is far from certain. GEAR UP has strong bipartisan support in Congress. However, because of the current pandemic and the economic recovery that will ensue, lean federal budgets are likely, and Congress’s support will be more important than ever. I encourage you to contact your Congressional representatives and vocalize support for this federal program that helps many of our low-income Iowa youth.

As current GEAR UP students are taking big steps after high school graduation, we are in the planning stages to assist a future cohort, and the program will need continual support from Iowans on the ground. While the federal government provides funding for a seven-year period, every dollar requires a match of cash and in-kind donations from state, business, school, and community partners. If you would like to learn more about GEAR UP Iowa and to see how you can be a partner, visit our website at gearupiowa.gov.

By Dr. Mark Wiederspan is the