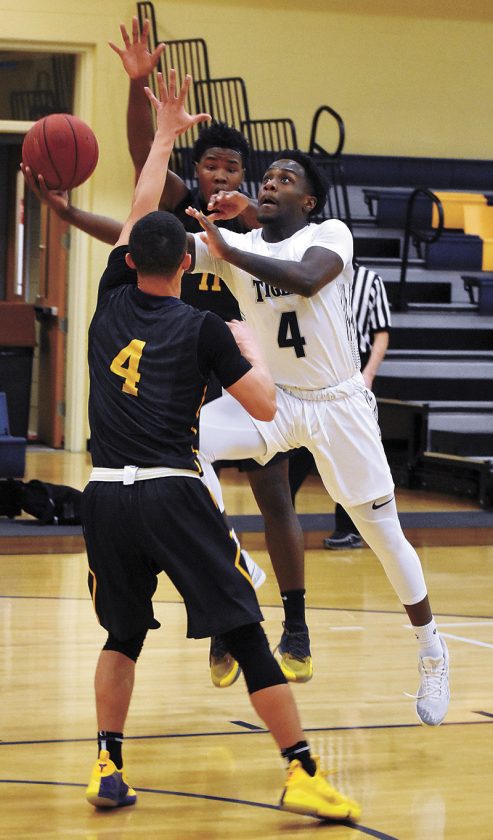 T-R PHOTO BY THORN COMPTON - Marshalltown Community College freshman Myles Broadie, right, splits Graceland defenders Robert Nieves, left, and Myles Smith, behind, for a shot during the first half of the Tigers’ 111-57 beat down of the Yellowjackets on Wednesday. Broadie had eight points off the bench for MCC in the win.

It seems the break from conference play was just what the Tigers needed, as they exploded for a 111-57 win over the Yellowjackets to end a five-game losing streak.

The win was the biggest margin of victory for MCC all year, and its 111 points were the most scored this season. Tiger head coach Brynjar Brynjarsson said while Graceland might not have been up to par with some of the other teams on their schedule, it was still a great win for his squad.

“I thought we shot the ball fairly well regardless of who we were playing or how the game was going, especially in the first half,” Brynjarsson said. “It was nice to see everybody scored that we were able to play, it’s been a while since we have been able to do that. Overall I am happy with the effort and overall big picture of what we did with the playing time of guys and all that kind of stuff.”

MCC (12-13) essentially couldn’t miss in the first 20 minutes. At halftime the Tigers were 27-for-38 from the floor, good enough for a blistering 71 percent shooting. They also hit 8-of-13 threes in the first half. 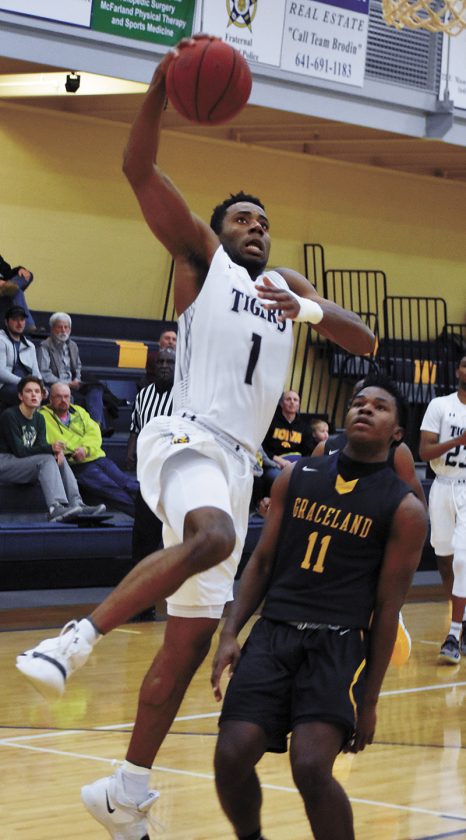 In the second half with most of the starters out the team cooled off a bit, but it still finished shooting 56.1 percent from the floor for the game.

No one was hotter than JJ Foster, as the sophomore point guard was a perfect 6-for-6 from the floor and 4-for-4 from behind the 3-point line. Foster led the team with 16 points and seven assists.

Goran Vidovic matched Foster in points with 16 as he went 7-for-11 from the field, and he nearly had a double-double after finishing with nine rebounds.

As a team the Tigers had 30 total assists, which Brynjarsson found very encouraging.

“I thought when we came out we shared the ball and made some shots. They were open shots and they weren’t bad shots, so that’s a positive,” he said. “Hopefully we can carry that into Saturday and have a little momentum going into the game and see what we’ve got against a very good Southeastern team.” 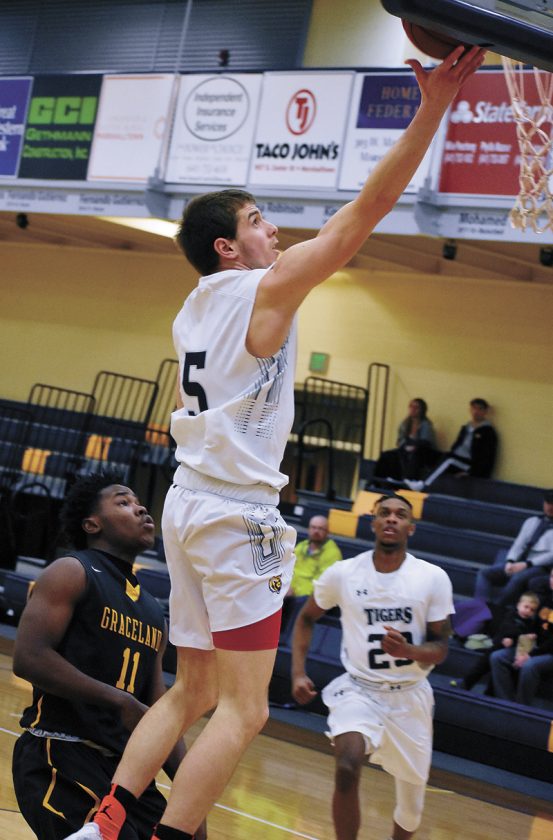 Kelton Edwards joined Foster and Vidovic in double figures with 14 points on 6-of-9 shooting, while Edvin Tedesjo had a double-double off the bench with 10 points and a team-high 11 rebounds.

Every player who suited up on Wednesday for the Tigers not only got in the game for significant minutes, they all scored at least one basket. Other than Tedesjo’s 10 bench points, Roger Guardiola put up nine in reserve action and Nick Fleming and Myles Broadie each finished with eight.

Joe Serrano, who is also the standout goalkeeper for the national-tournament qualifying MCC soccer team, also saw some action for the first time this season and had a team-high four steals to go along with four points.

“I thought some guys came in and played with a purpose and it was good to see, I was really happy for them,” Brynjarsson said.

While a 54-point win is all well and good, the Tigers still have the bugaboo of their five-game ICCAC losing streak. Brynjarsson said just seeing themselves in the win column again for the first time since starting conference play is a good thing, but it won’t be enough to rest on that when NJCAA Division I No. 24 Southeastern comes to town on Saturday. 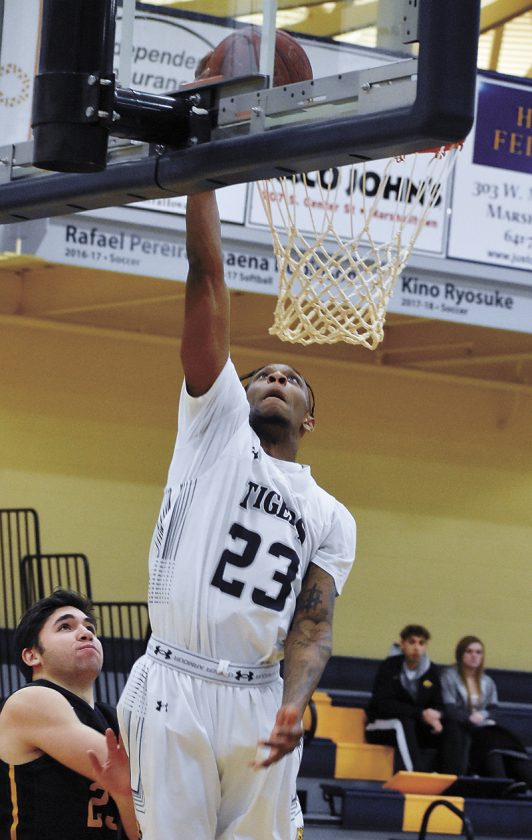 “Obviously with the length on the floor against Iowa Western, Southeastern, Indian Hills, and Northeastern, it’s just a different aspect and the speed of the game and so forth,” Brynjarsson said. “That’s something that we have got to be able to fight through and actually find a way to score the ball, but overall the effort has been there. It’s not like we’ve laid down and given up on anything over our five conference games, we’ve lost those by a total of 24 points. That’s the disappointing part for our guys and myself as well, we have done what we’ve needed to do but we haven’t gotten over the hump in the sense of finishing close games.”

The Tigers and Blackhawks will do battle on Saturday in the Student Activity Center, starting at 7 p.m. 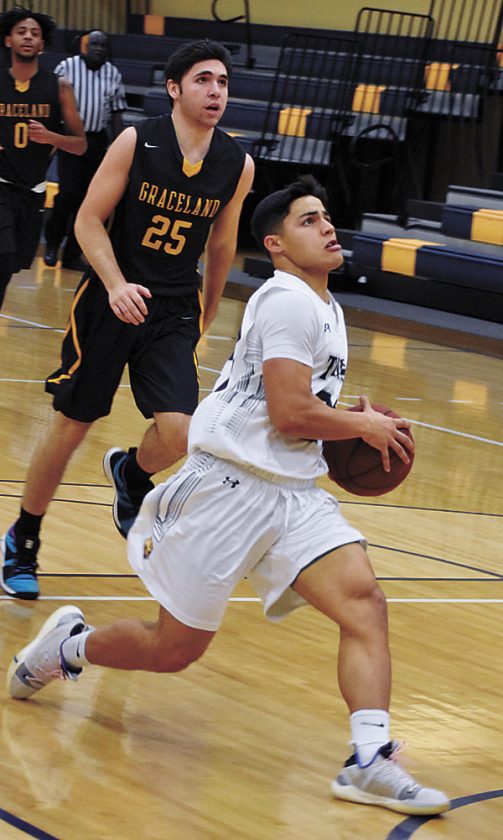