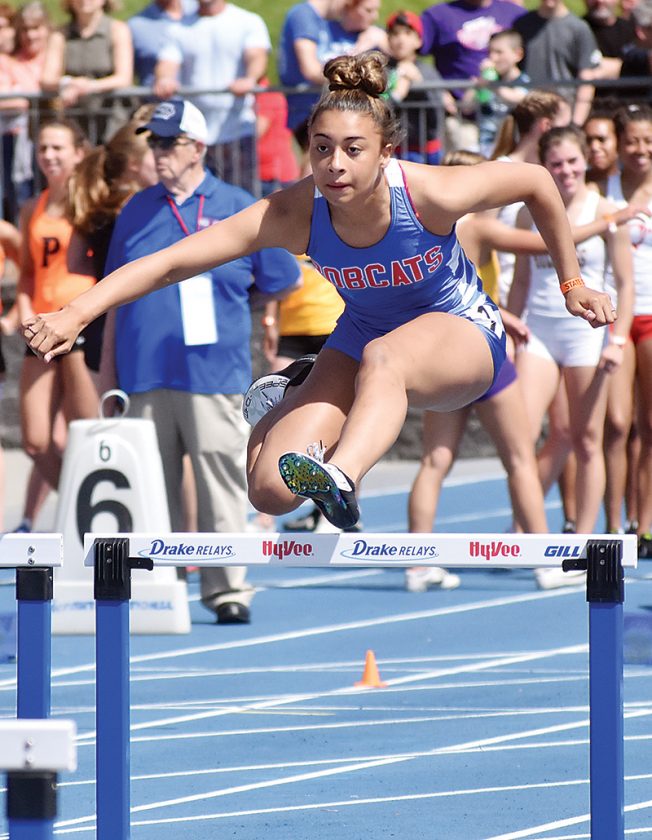 T-R PHOTO BY THORN COMPTON - Marshalltown freshman Mia Rasmusson clears the first hurdle of her anchor leg of the shuttle hurdle relay during the Class 4A race on Saturday at Drake Stadium in Des Moines.

DES MOINES — Because of a deluge of rain and lightning on Thursday night, the Class 4A girls shuttle hurdle had to be moved to a timed final on Saturday in the Iowa Co-Ed State Track and Field Championships, meaning the Marshalltown girls were going to run in front of the final-day crowd.

The Bobcat shuttle hurdle team of Erica Johnson, Gabby Himes, Valeria Becerra and Mia Rasmusson appeared to run a season-best 1:11.87 after they had finished, but two of the girls were flagged for taking off early and the girls were disqualified.

“They looked like they belonged there, they didn’t look like the team that snuck in,” he said. “I told them to hold their heads high, nobody comes with the intention of false starting and the great thing is there’s nobody to blame because half of you did it.”

Rasmusson, who ran the anchor leg as only a freshman, said the butterflies were going the whole time while preparing to run in front of 15,000 fans. 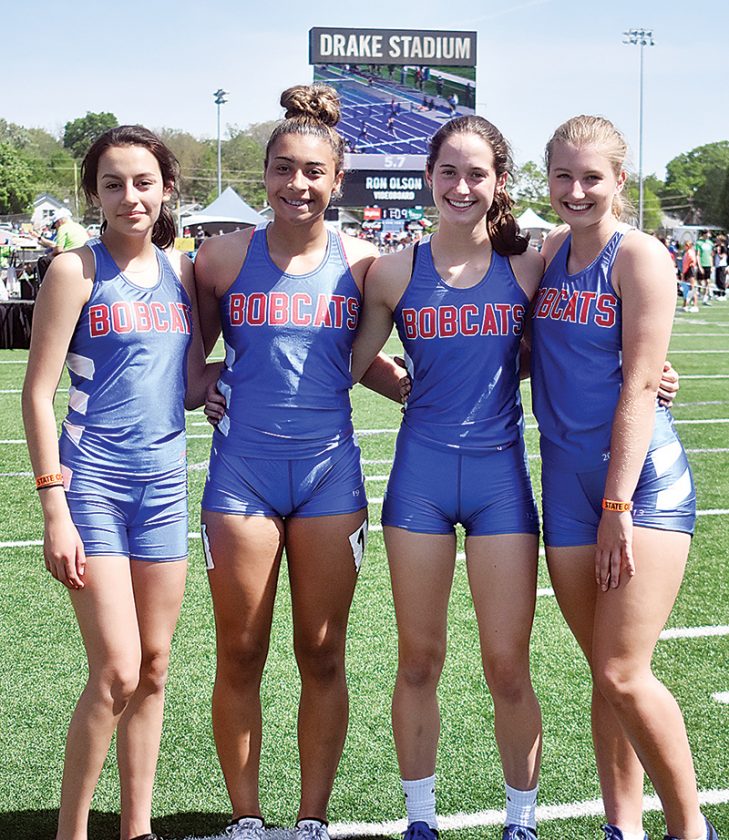 “I was so nervous, I could feel my heart racing as we were walking to go start,” she said. “I was super nervous but it was fun.”

Johnson said their time might not have counted, but considering none of the girls had competed on the state level before and they will all be back next year they gained some invaluable experience.

“We didn’t expect to be running on Saturday, so that was nice,” she said. “It was good for us because consistently the whole year we were running 1:14’s, so to drop almost three seconds at districts, that was a big jump for us.” 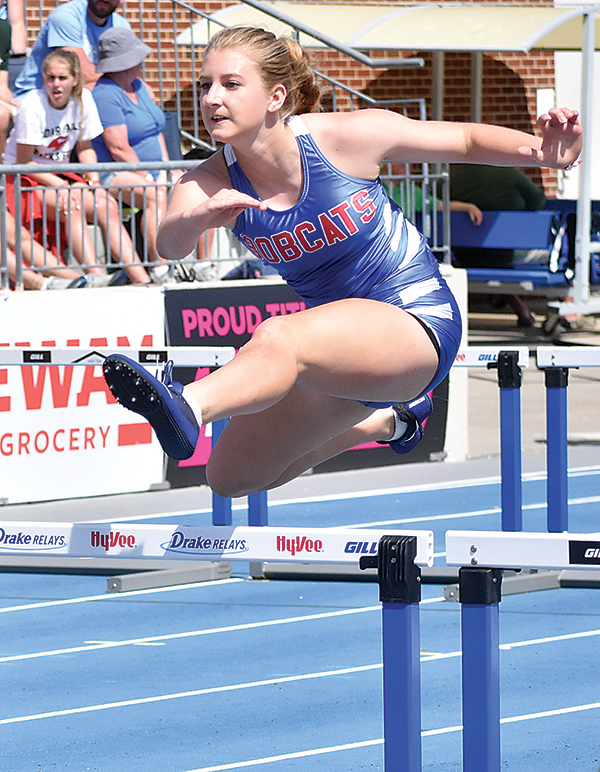