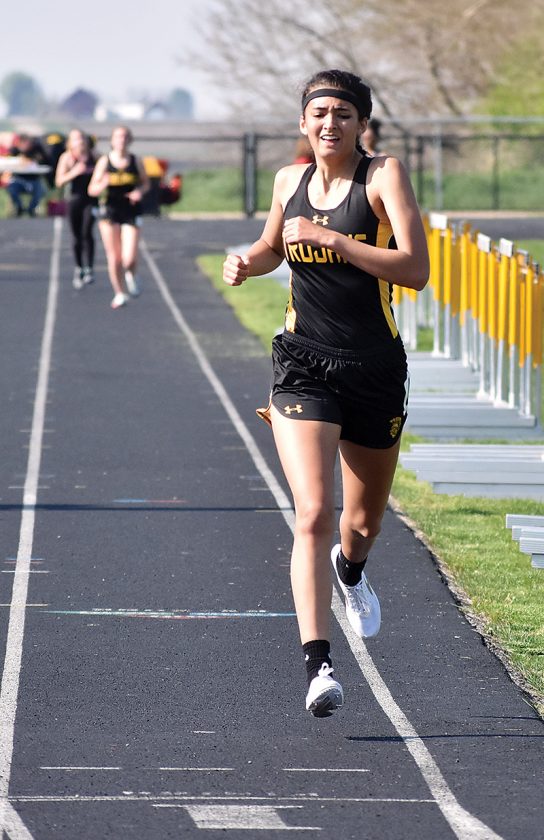 T-R PHOTO BY THORN COMPTON - West Marshall senior Grace Girard approaches the finish line for the 3,000-meter race well ahead of her fell runners during the Class 2A state-qualifying meet in State Center on Friday. Girard won the 3,000 and 1,500 individually and ran the anchor leg of the winning distance medley for three state qualifications on the day.

STATE CENTER — A year ago West Marshall senior Grace Girard left her state-qualifying track and field meet feeling at a loss for words after failing to earn a bid to the state meet for the first time in her career.

On Friday the Trojan senior got her redemption, and on her home track too, as Girard qualified won all three events she competed in at the Class 2A state qualifier in State Center.

“I am really, really happy with how I ran tonight,” Girard said. “It’s kind of bittersweet because I didn’t qualify in anything last year, I fell short in the 1,500 by one second on the qualifying time and that really hurt last year. So to come back this year and qualify in two individual events and a relay, it’s just absolutely amazing.”

Girard got the monkey off her back early with a win in the 3,000-meter run, the second track event of the meet. She not only won, she completely blew the competition out of the water by running a season-best 11 minutes, 24.14 seconds to finish first by more than 26 seconds.

Just a few events later Girard got her second qualification after running the anchor leg of the distance medley relay. Adisyn Young, Avril Sinning, Kayla Cripps and Girard won the event with a season-best 4:30.92, and Girard was able to stave off Macy Engelson from South Hardin to win the race by less than a second. 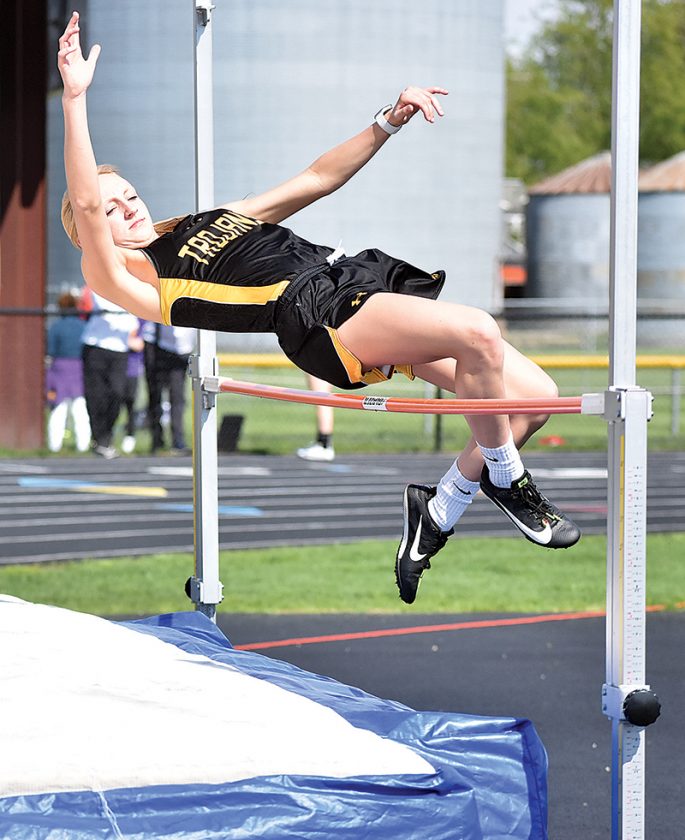 After a lengthy break Girard took to the track again for the 1,500, her race she was so close to a qualification in last year. She didn’t leave anything to chance this time, however, as she cut five seconds off her season-best time to run a 5:19.23 and place first for her third punched ticket.

Girard will now compete in state in all three of her sports her senior year — cross country, basketball and track — and that still doesn’t sound possible to her.

“If someone told me my freshman year I would go to state in all three of my sports my senior year, I wouldn’t have believed them,” she said. “I never thought I would get that good at distance running and basketball I was never great at it, I never liked it as much. We never thought this year coming in we would be able to do it without some of our all-stars from last year, so I am so blessed to be able to compete with these girls and coaches and all these people who push me to be better these last four years.”

“I am pretty proud of what I’ve done, especially not doing this my three other years of track and just now picking this up my senior year,” she said. “Doing new things is pretty awesome.” 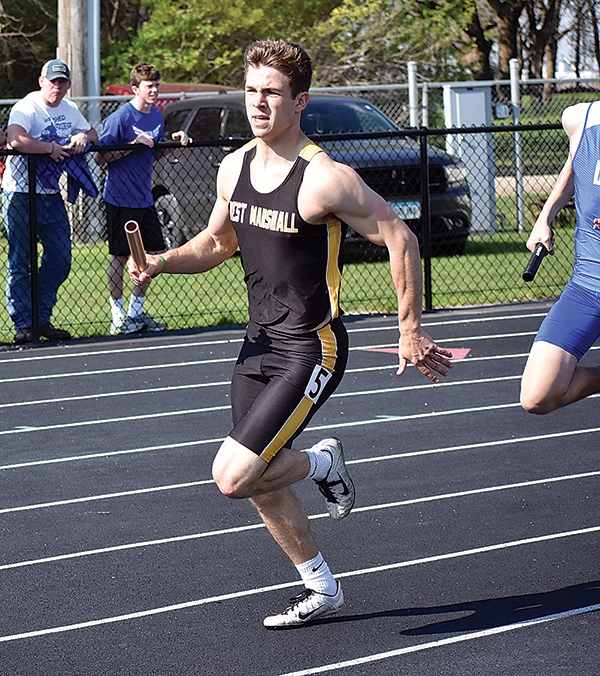 Cripps isn’t a tall girl, topping the charts at 5-5, but she said she doesn’t let that keep her from being a tough competitor against the taller girls in the high jump.

“It’s pretty great, I go up and there’s girls who are two feet taller than me and I just think, ‘OK,’ but I can jump high so that helps me,” she said.

Bannister, who ran the final 400 leg in the race, said he was surprised they didn’t take the top spot.

“I thought I was going to win it, but Dike came around the home stretch pretty hard. Hopefully we see them at state and we will see what happens there,” he said. 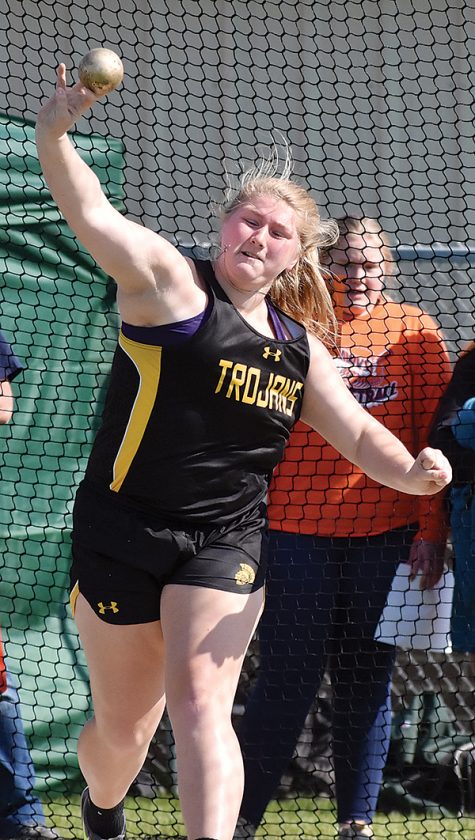 The Trojan boys had their eyes set on more than just one automatic state qualification, but they have a good chance to get a couple more relays in on at-large bids and Bannister said at the very least they know they get to finish the season at the Blue Oval of Drake Stadium.

“I’m not completely satisfied, we wanted to qualify more for certain but we have all been working hard and we have a good group of guys in the relays trying to get our best shot at placing at state,” he said.