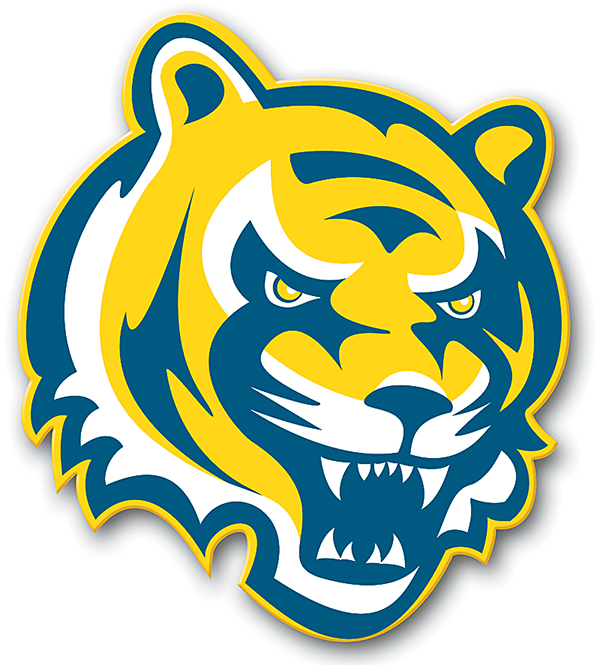 The Marshalltown Community College men’s soccer team is again looking to take the next step after making the program’s third appearance in the national tournament a year ago.

The 2018 team finished fifth in the nation after going 1-1 in pool play at nationals. The Tigers’ 18-1-2 record tied for the second-most wins in program history.

However, for head coach Rafael Martinez, the past is not something he or his program dwells on.

“We don’t talk about the past,” Martinez said. “We appreciate it and celebrate it, but we are fully focused on this year’s group.”

According to Martinez, his team has a strong blend of freshmen and sophomores and has confidence in the amount of experience his team returns. 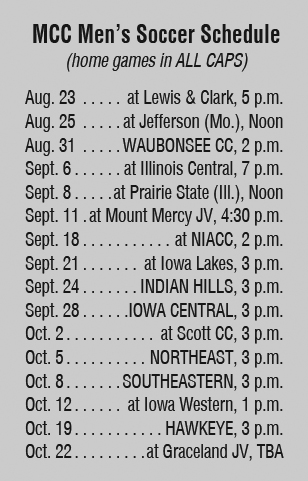 “At nationals, we started with several freshmen that are back now so more than half the team that was in the starting lineup from nationals is back here,” Martinez said. “That is what we base our success on is that leadership, that experience coming back for the second-year guys that have played a lot of quality minutes and have made a big impact their first season. We expect them to grow and improve and help the freshmen know what is needed to get yourself the opportunity.”

As of now, the biggest position in question for the Tigers is goalie, which is in a three-man competition between sophomores Jorge Blasco and Matteo Crescente — a transfer from Northeastern Oklahoma A&M — and freshman Bruno Fazzolari.

“[Jorge] knows what we are expecting,” Martinez said. “We’re working on him to fine-tune a few things that we believe will make a difference for us. We have a freshman [Fazzolari] who we feel that has a very strong foundation to be competing with playing time with those two.”

Despite his team finishing 5-11 overall, Crescente was named Goalie of the Year in Region II. At NEO, Crescente was ranked 12th in the country in total saves to go with a 1.71 goals-against average.

“We’re trying to help [Crescente] understand that the competition level in our conference is going to be higher so there are several things that he needs to improve on that will make a difference here because of the style that other programs have,” Martinez said.

As for the rest of the defense, Maritnez will look to defender and team captain Aleix Viladot to help lead the Tigers.

“For Marshalltown, the specialty is defense because we know we are compact, we have a good defense with good communication which we work a lot on in practice,” Viladot said. “When we play other good teams and [the score is] 0-0 other teams are going to say [we] are difficult. It’s really important to have communication. We have good players [and] good covers so it starts with the defense and then [creates] goals which is the important thing.”

For the midfield, while MCC has a strong corps of returning players, the team will have a pair of newcomers that could make a potential impact between freshman Yushi Nagao and sophomore Augusto Cunha.

“Yushi is a very talented Japanese midfielder, very technical. He comes from a very successful high school,” Martinez said. “He won the national tournament in high school. We knew that when we were recruiting him we were bringing a quality player. I think he is connecting really well with the team and so that’s why we are so excited about the minutes he can give us.”

“Cunha on the other side is a little bit more physical. He’s got a good attitude and is very fast. We think he can give us some quality minutes also. With his style, which is very different from Yushi, is what we call box to box while Yushi is more technical and likes to move the team from behind the ball.”

On the offensive side of the ball, Martinez has said that it is the one side of the ball he has no sense of worry over. Last year, MCC was ninth in the country in goals scored and was 11th in the nation in shots taken.

“In the forward, we rotate a lot because we want our players to be fresh and be a handful for the other teams’ defense so I think that is a position where we have a lot of players and very talented players,” Martinez said. “That’s probably going to be the hardest for us to manage [because] I feel we have a lot of options.”

In MCC’s non-conference schedule, five out of the six teams won 10 or more games. In conference last season, the schedule features three other teams that had posted 10-win seasons. Iowa Central finished 10-4-1 and gave the Tigers their only regular-season loss. Iowa Lakes finished runner-up in the regular season with a 15-3-1 record and played MCC in the Region XI championship. Indian Hills finished 11-4-1 while Iowa Western, which was 9-6-1, will feature a new head coach.

“We know how competitive our conference is [and] how challenging every team is,” Martinez said. “In our conference, we are lucky to have several teams ranked in the top-20 in the country every single year on a consistent basis. On top of that, we definitely have teams that could beat a top-20 team in the country.”

The Tigers will open the season on the road at Louis & Clark CC on Aug. 23 and will play its home opener Aug. 31 against Waubonsee CC.

(home games in all caps)