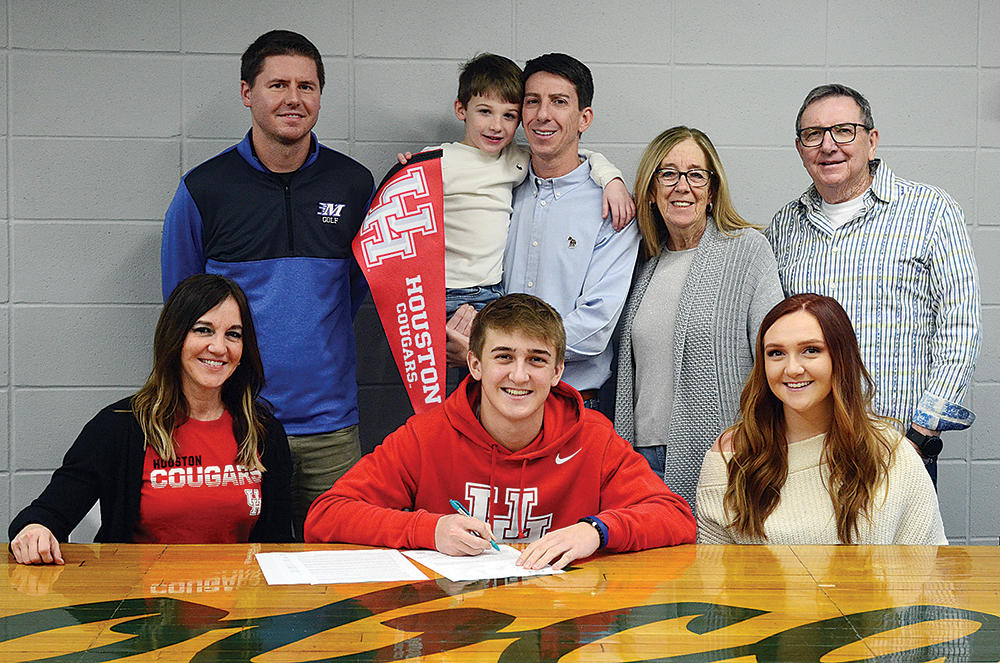 Davis completed a lifelong dream by signing his letter of intent with the University of Houston on his birthday to play NCAA Division I golf.

“It’s been a cool experience to be able to do it on my 18th birthday, to sign my letter of intent where I’ll at least spend the next four years playing golf.

“It was an unbelievable process. I’ve spent months and months of weighing the [options]. I eventually wrote down the pros and cons on a piece of paper, but Houston just felt right.”

In his Bobcat career, Davis had 10 rounds in the 60s which is ranked first all-time in Marshalltown history. In 2017, Davis was the state-runner up and was named Class 4A Player of the Year. This past season, Davis finished sixth at the state meet and is now a four-time all-state selection. 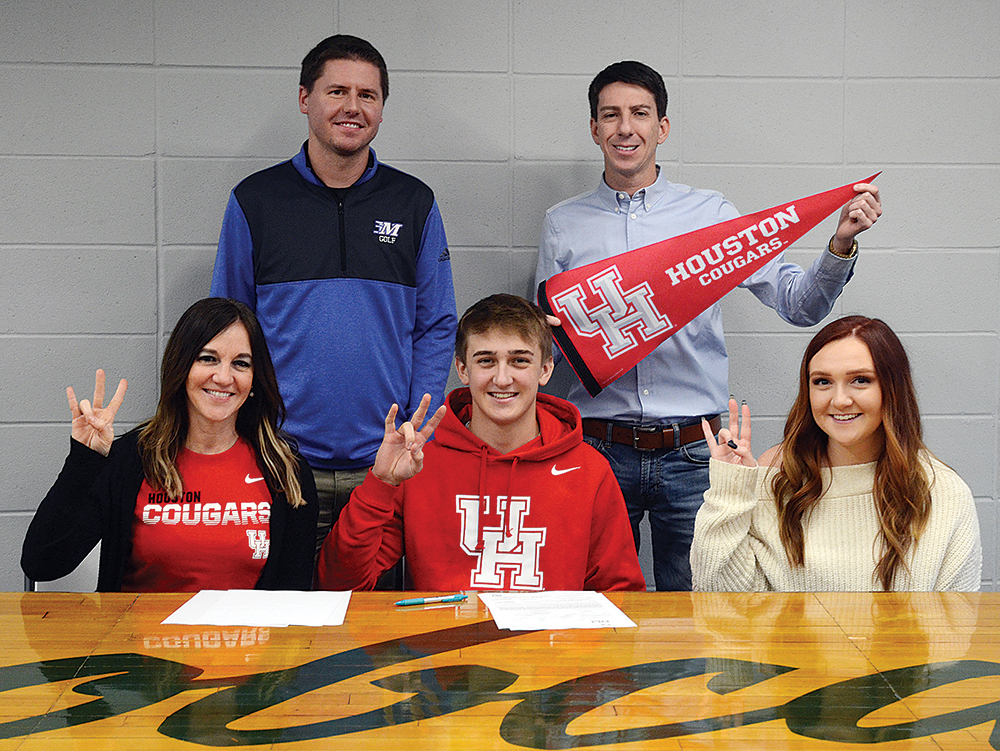 “Cole is somebody who has had an incredible career,” Marshalltown head coach Lucas Johnson said. “This was his goal going into high school to put himself in a position to play golf at a Division I level. You can’t be prouder and you can’t be happier for a kid to reach their goals like that. As a coach, to play a very small part in that is a very rewarding kind of feeling and it’s why you help kids do this kind of thing.

“I am highly supportive of the fact that he is heading someplace where he’s going to be able to focus on his game year-round. While we’re struggling through Iowa winters he is going to be on the golf course practicing his game and getting that much better. I highly anticipate seeing him take a huge leap forward in this next calendar year knowing that he’ll compete at a higher level and keep his game sharp.”

Davis found himself choosing between mainly between Houston or joining former Bobcat Nate Vance at Loyola-Chicago. However, the rich history of Houston and its facilities were something Davis could not pass on.

“You have the resources, the facilities, the coaching and the weather,” Davis said. “I have a couple of family connections down there and a couple of golf connections.

Davis was grateful for his family and friends in helping him throughout his career as well as his father, who recently passed away.

“I can’t thank my dad enough for introducing me to this game,” Davis said. “I know he would be extremely proud of my decision.

“This means everything in the world. This has been my dream since I was seven years old and started playing golf competitively. I wanted to go south and play at the Division I level and here I am.”