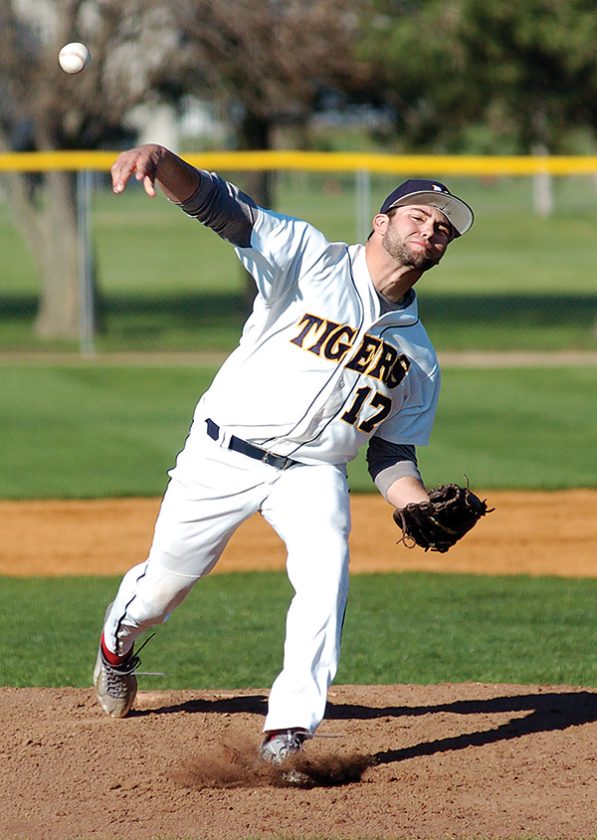 Gonnerman, 24, was reportedly driving his pickup truck west on Highway 2 and lost control while negotiating a curve. The vehicle left the roadway on the north side and rolled before coming to rest in a ditch.

He was pronounced dead at the scene. A passenger, Thatcher Carel, 25, was seriously injured. Carel was transported to MercyONe Hospital in Centerville before later being taken by ambulance to a Des Moines hospital.

Gonnerman was a 2014 graduate of Centerville High School. He attended Marshalltown Community College from 2014-2016 before transferring to Missouri State University for one year before finishing his education and baseball career at Upper Iowa University.

Gonnerman, a right-handed pitcher for the Tigers, was also a student ambassador at MCC.

“Kolton was always very dedicated at being an ambassador for MCC. Students loved him and he was seen as a role model on campus,” commented Angie Redmond, MCC Dean of Enrollment and Student Services. “He had an amazing energy in everything he did.”

During his time at MCC, Gonnerman pitched in 11 games for the Tigers in 2015, making five starts. As a freshman, he posted a 3-2 record, striking out 31 batters in 29 1/3 innings of work and boasted a 3.07 earned run average. He was named to the NJCAA All-Region XI Honorable Mention team. His sophomore season at MCC he played and started in 11 games. He had an 8-1 record striking out 63 batters.

His eight wins in a season was at the time a school record.

“Kolton had an amazing career at MCC but more than that he was a great teammate and a relentless worker,” said former MCC head baseball coach and current assistant coach Rich Grife. “His personality was so infectious people were attracted to him which made him a strong leader. No matter how good or bad things were he always wore a grin on his face. He treated his coaches and teammates as if they were a second family.”

Gonnerman is the only player in MCC baseball history that played for the USA Junior College team. He achieved this honor the summer after his sophomore year.

“Kolton really blew up his sophomore year. He wasn’t perfect, but when he was pitching it was as close as you could get,” said Grife. “I could go on and on about him. I have heard from dozens of his teammates which says a lot about him and the relationships he had at MCC.”

Gonnerman was a Cincinnati, Iowa, native who was a third-team all-state pitcher at Centerville High School. He was 7-0 with a 1.17 ERA in his senior season.

“Gonnerman was easily one of the funniest and most genuine teammates I’ve had,” former Missouri State pitcher Jake Fromson tweeted. “Spent a lot of time with him during that ’17 season. Terrible news.”