Residents push back against public art 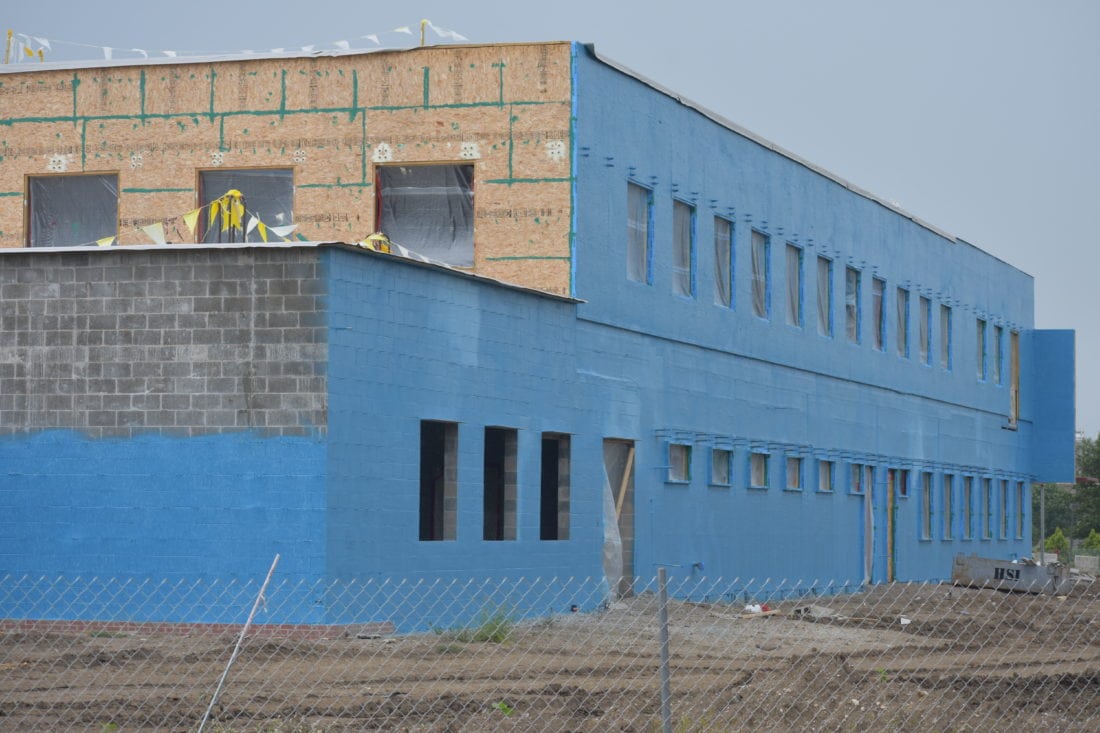 T-R PHOTO BY MIKE DONAHEY Looking northwest is a portion of the joint Marshalltown Police and Fire Department facilty under construction in the 900 block of South Second Street. Much of the remaining work is being done inside. Occupancy is expected in December.

Marshalltown city councilors unanimously approved a resolution at Monday night’s council meeting to include the cost of installing $110,000 of landscaping and sidewalks for the joint Marshalltown Police Department/Marshalltown Fire Department facility.

The resolution was necessary because the scope of the project did not include sidewalks, which are required by city code, or landscaping, which was removed ahead of the bid packages being delivered as a value-engineering item.

Councilors have been receiving regular reports from the city’s Finance Department on the amount of money spent, committed or not, for the not-to-exceed $17.5 million dollar project.

The Finance Department recently identified more than $900,000 not spent. Regardless, several residents spoke out about the council’s discussion of $55,000 for public art at the facility at the Aug. 13 meeting.

That figure was informally discussed at that council meeting with no action taken, but residents offered their input.

“I did watch the Aug. 13 meeting, and know there was limited discussion on making a dollar amount for future artwork at the (new joint) police and fire departments,” resident Anna Wolvers said. “And, I have heard rumblings in the community … especially with the state of people living in motels … or elsewhere … or might be homeless. Is that the best use of our tax dollars?”

However, while at the lectern Wolvers displayed to councilors and staff a replica of the “Marshalltown Strong” artwork painted on the Graffiti Wall at the Sixth Street Skateboard Park.

“I also put out this picture … I am proud of it right now,” she said. “I think it would be awesome to put out practical artwork like this that united us and is keeping us strong through this historic event (tornado) to eventually go somewhere like the MPD … and not cost $55,000. I am asking you as councilors to think about the $55,000 expenditure. That is a lot of money. The average motel bill (for one night) is $65 a night. The $55,000 would cover 846 motel nights. You could also promote local artists with their work which keeps our community strong and unified.”

Other residents also asked the council not to spend money on public art in lieu of the hardships many in the community are experiencing five weeks after the tornado.

The city councilors decided not to bring public art at facility back up for discussion, city administrator Jessica Kinser said in an email to the Times-Republican.