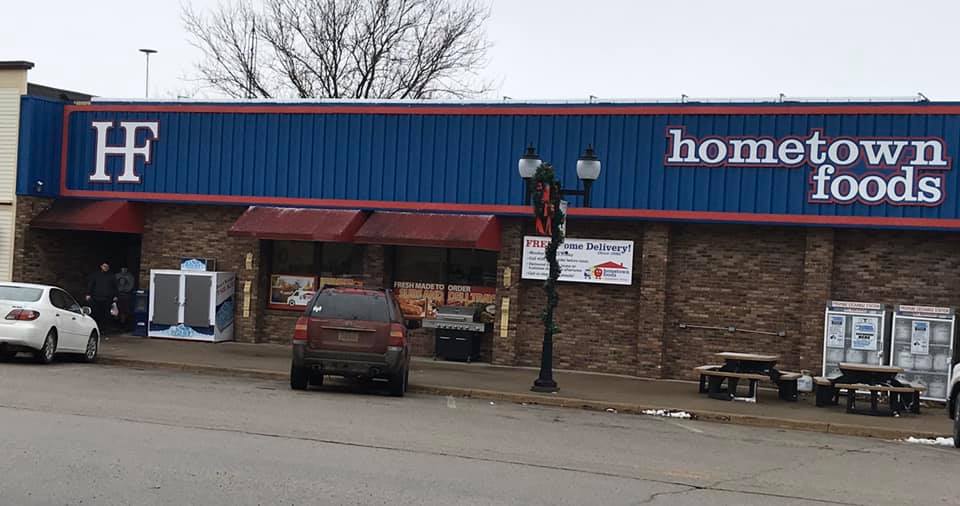 T-R photo by Chuck Friend Hometown Foods in Conrad is under new management and ownership. A group of Conrad residents purchased the store to make sure it remains in the community.

REGIONAL – As of Monday Dec. 2, the Hometown Foods grocery store is under new management and ownership.

Lyndon Johnson, who has owned and operated the store in Conrad since Jan. 1, 1996, said a group of Conrad residents purchased the store to make sure it remained in the community. This is the second in a series of four sales as Johnson is retiring from the grocery business to spend more time with family.

Johnson purchased the Conrad store from Geoff Golden, and at one time owned seven locations under the Hometown Foods banner.

He had five left. The Gladbrook store was sold in October. The Conrad, Hubbard and State Center stores are scheduled to change hands in December. The store in Traer is still owned by Johnson.

“An interested group of people from Conrad did not want to see the store go away and banded together to buy the business to keep it here. They knew me through the bank and also knew that I had a store in Baxter. They liked what I had been doing in Baxter and asked if I would come manage the store in Conrad for a while with the look at maybe purchasing it at the appropriate time,” said Andy Havens, new store manager and owner of Baxter Family Market.

“Lyndon did a great job of owning and managing the store, but there is always room for change. I am super excited to come in and see what I can do to meet the needs of the community of Conrad,” Havens said. “I am trying to make everything competitive with the big stores, and on the first day dropped the milk and bread prices.”

Havens said the store will operate for a while under the Hometown Foods banner, but soon hopes to change that to the Family Market name as he has in Baxter. He has kept all employees to make the transition as smooth as possible.

Some of the changes Havens hopes to make soon is to move the beer and liquor to the back of the store and beer into a cooler. He would also like to move the pop coolers to the front. Subs, bakery items and lunch specials will still be offered under the new management.

“There is no need for five or six brands of items, when reducing the number of brands could help add a better selection of items. We are happy doing business with Associated Wholesale Grocers as our supplier and offer the Best Choice generic brand,” Havens remarked. “AWG focuses on small independent businesses and provide really good service to the local markets.”

“Meeting the customer’s needs is my goal and with streamlined products and lower competitive pricing I believe we can. I am very excited with the challenge of getting here and seeing what we can do,” Havens concluded.

Long term store manager in the Gladbrook location, Tandi Davis purchased the Hometown Foods store on Oct 28. Davis worked in that store for 20 years for two different owners. She started working there while in school and has served in several different capacities, but for the last 12 years she was the store manager.