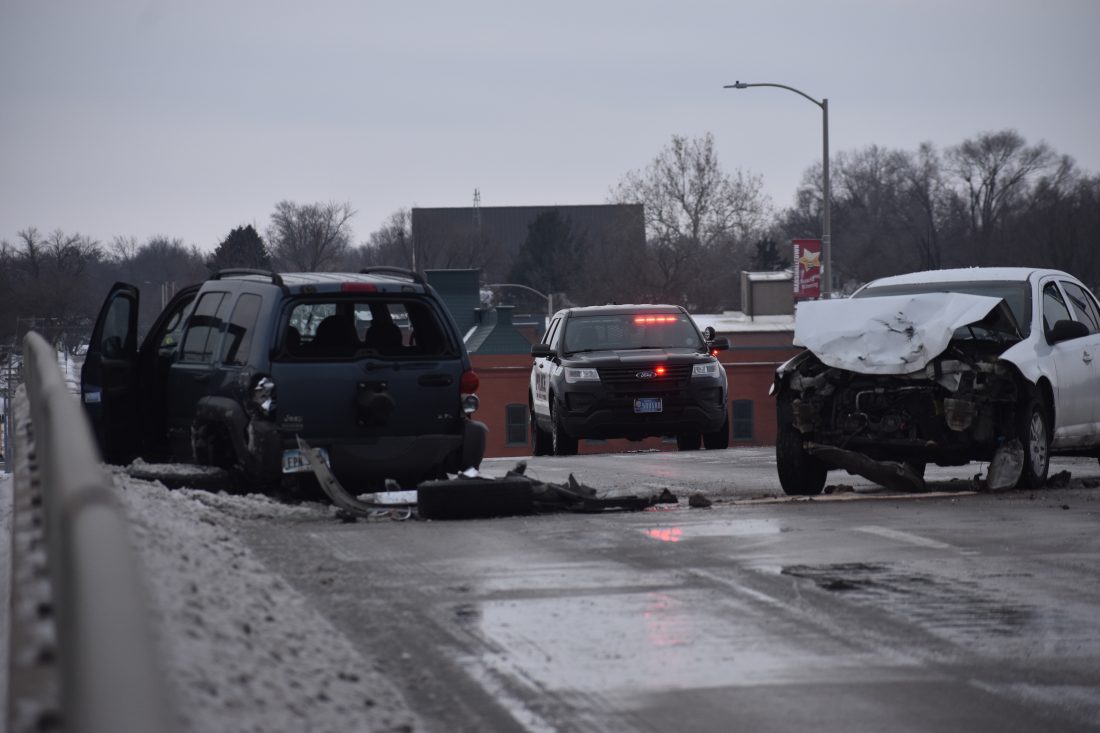 One of the four who suffered serious head injuries after being ejected onto the pavement was later transferred to another hospital for treatment.

Two of the occupants received routine treatment, and one received emergency treatment.

Batterson said freezing rain was a factor in the collision.

The incident remains under investigation, and the MPD is being assisted by the Iowa Highway Patrol.

Both ends of the viaduct were closed to traffic while police and ISP conducted the investigation.