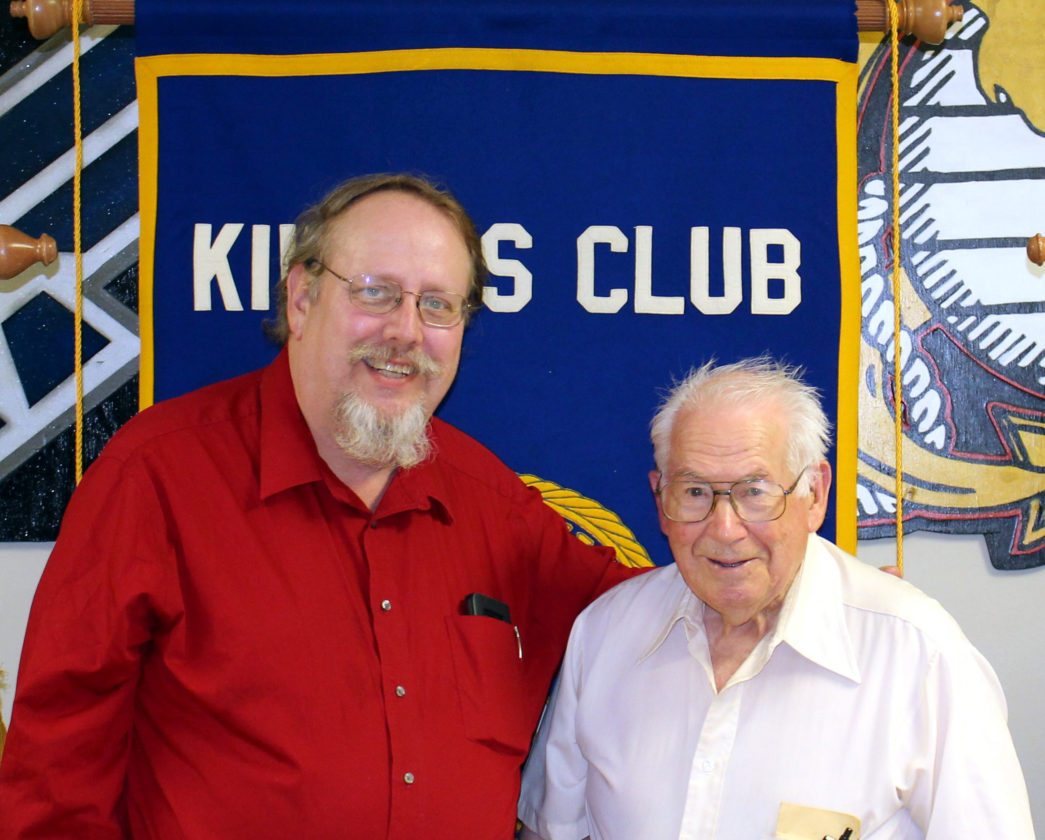 CONTRIBUTED PHOTO Fire Department Chaplain David Shearer, left, is welcomed to Kiwanis “Noon” by member Harold Cline as he presented a program on the history of the department.

Cline introduced David Shearer as speaker. Shearer has been connected to the Marshalltown Fire Department for many years currently serving as Chaplain. In early years fires were fought with simple equipment such as two fire buckets that were required in each home and hose carts that were in the neighborhoods. The Marshalltown waterworks temporarily increased water pressure when fires were reported to enable the firefighters to be more effective. In the early 1900s, the need for fighting the major threat of fires was realized and expansion followed. The fire department currently has six or seven persons on duty plus the chief and assistant chief. The Chaplain aids with the care and comfort of the firefighters and administration and serves as a liaison between the department and families.

The Kiwanis Club has partnered with the Oktemberfest committee and will hold its annual Pancake breakfast, Sept. 23 at the Memorial Coliseum from 6:30-11:30 a.m. Pancake tickets will be $6 in advance or $7 at the door. Advance tickets will be available at the Parks & Rec office, 10 W. State St., or at Cline Photo, 18 E. State St., Marshalltown.

The Marshalltown Noon Kiwanis Club will offer a 30-day free trial membership, including meals to those interested in checking out a service club. This will be an excellent way to introduce new people to serving the community. The club meets Tuesday at noon at the American Legion building on South Sixth Street. Offer for limited time only.

Donations were collected for the Under Privileged Children’s Fund.

Next week the Board of Directors will hold its monthly meeting.

Anyone in the community wishing information about Kiwanis is invited to visit one of the regular meetings or check this website: www.marshalltownkiwanis.org/