Program on ARC presented by Stewart 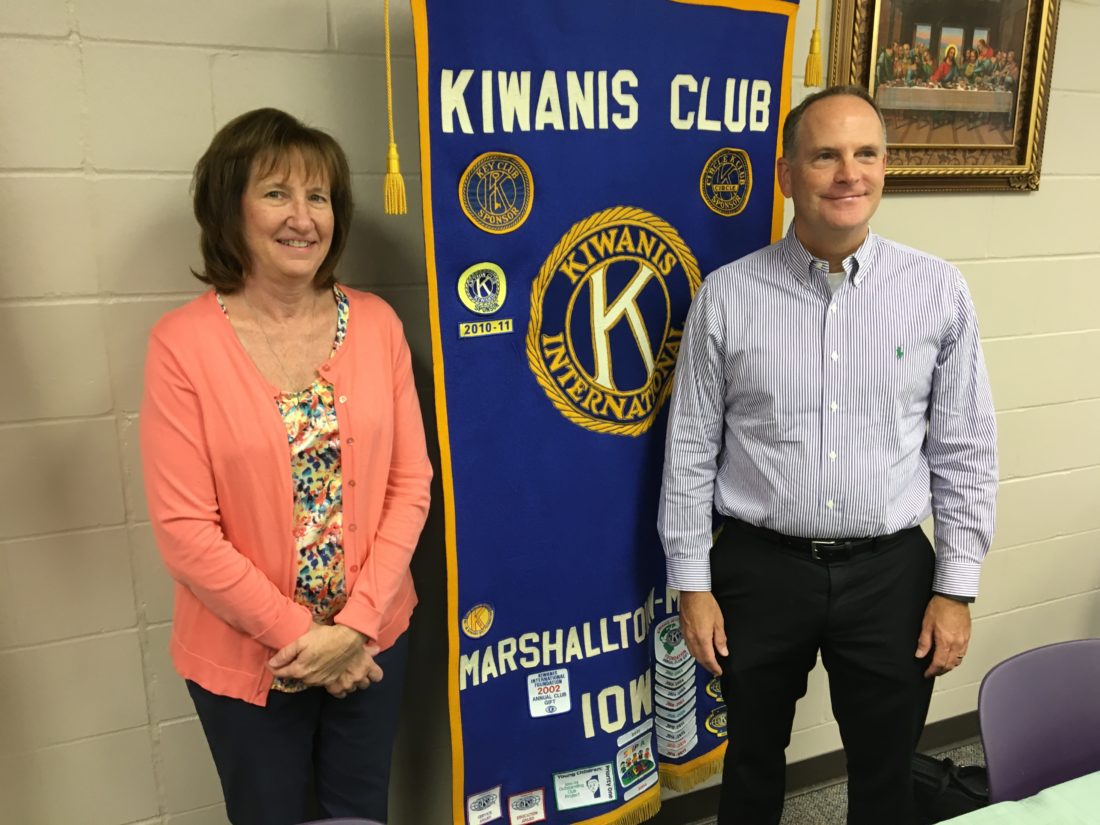 Salvation Army building at 6:30 a.m. and were

solicited help for a collection of bugs for a Science

project and a hat was passed to collect

money for a pair of cleats for a football player.

sales from the previous week in Nevada for the

from the Central Iowa Arts Association was

read, and free breakfasts were won by Reid and

Stewart as the guest speaker. Stewart is a volunteer

at ARC and spoke about the many activities

offered there. ARC is funded by United Way and

with the help of local businesses can afford to

campers and feed over 150 folks every Wednesday

evening. Other activities provided by ARC

are bowling, trips to GrimesFarm and dancing

at the Salvation Army. Stewart noted the concern

for dwindling numbers of Camp Marshalltown

held for eight weeks in the summer serving the

and provides welcomed respite for the families

Questions were raised and answered and the

another of his lame jokes.