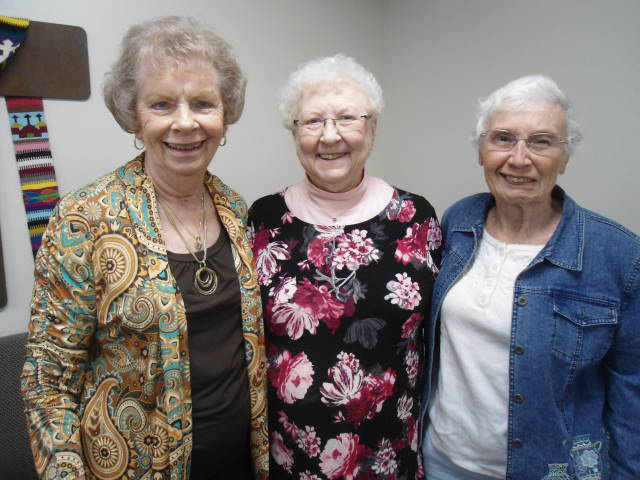 Sigma Master Chapter met at Glenwood Place on May 14 with 12 members present and two guests for the End of the Year luncheon. Four members were excused. Beta Sigma Phi Grace was said before the meal.

Caralee Hutchens, president, thanked Anne Fiscus and Arlene Benson for hosting at their residence. Roll call was taken with the question: “What did you enjoy doing on Mother’s Day?”

A brief meeting was held regarding the State Service Project for 2020. The two nominations are Born an Angel Iowa and Wings of Refuge. A unanimous vote was taken to support Wings of Refuge nominated by Nu Beta, State Center. The vote will be sent to Janean Blake, Marion, to be announced at the State Convention June 23 and Sigma Master Chapter will be sending a donation if they are the winning project. Three members will be attending the Iowa State Convention in Cedar Rapids.

Decision was made for June 11 to have lunch at the Niland Café, Hwy. 30/65. The July monthly gathering will be a report about the State Convention. Several would like to visit Romaine Mackaman, Member at Large, who now lives in Ankeny. Diane Hobson will be sending a sympathy card to Preceptor Alpha Epsilon with the death of BEQ sister Marlys Montz.

Installation of Officers was conducted with Hutchens retaining president, Bonnie Speas as vice president and corresponding secretary and Alice Nicholson remaining as recording secretary (for life) and treasurer for 2019-20. Dorothy Perry has accepted the duty of caller.

The party ended with Glenwood Staff giving each a bag of caramelized pop corn.