The meeting was called to order by President Sue Kitzman with seven members present. The president asked for the roll call of officers answered by four and the minutes of the last meeting. The secretary gave a penny march/card report, read correspondence and shared an excerpt on a poppy making article in the May 2020 issue of American Legion Auxiliary magazine. The article featured a resident at Iowa Veterans Home in Marshalltown. She also noted the County Spring Conference was held on March 14 at Beaman and was attended by four ladies from the Unit. Her reports were approved as presented.

There was no treasurers report. It was noted the registration fees for Girls State had been returned and receipts for the Merit Award/Youth Fundraiser held in early March had been deposited. Veronica Daniel submitted a bill for supplies for the fundraiser and it was approved for payment.

Junior Activities: Junior Camp has been cancelled. The same was true for Girls State because of the COVID-19 quarantine.

Poppies: Chairperson Sarah Daugherty said the poppies arrived but were not distributed because of the statewide quarantine. Some discussion about doing a mini poppy drive the week of Veteran’s Day in November; no action taken.

Fundraisers: Daniel gave a brief report on the Merit Award/Youth fish and chicken meal fundraiser held in early March. Discussion on the Fall ABC sale as the only remaining opportunity to fundraise — no action taken.

Avenue of Flags: Janice Tranbarger reported the flags were put in place for Memorial Day.

Nominating: It was agreed by those present that the officers elected for 2019-20 will remain for the 2020-21 year. (The County, District and State organizations are doing the same). President Kitzman stated she had already contacted all officers prior to the meeting — the only change was Klein will be the Membership chairman.

Veterans Affairs and Rehabilitation: Chairman Laura Wanken and her husband Jody talked of the many quilts they have made for veterans, thanking them for their service. During the quarantine time she and her husband have made 10-15 and have several still to complete. They estimate each quilt requires about 60 hours of time. Because of the quarantine they have not been able to distribute them but hope to get them to area veterans soon.

July 27 Meeting: President Kitzman mentioned the Unit has some new members and several long-time members that need to be recognized. She suggested doing this next month and will be in contact with them.

There being no further business, the meeting adjourned and members shared some positive things that came out of the COVID-19 quarantine for each ate muffins provided by hostess Sue Kitzman.

The June 23 meeting of the Marshalltown Rotary club was held at Elmwood following lunch. Many members joined the ...

After a year-long absence from Elmwood, the Marshalltown Rotary club was back in live action for its June 16 ... 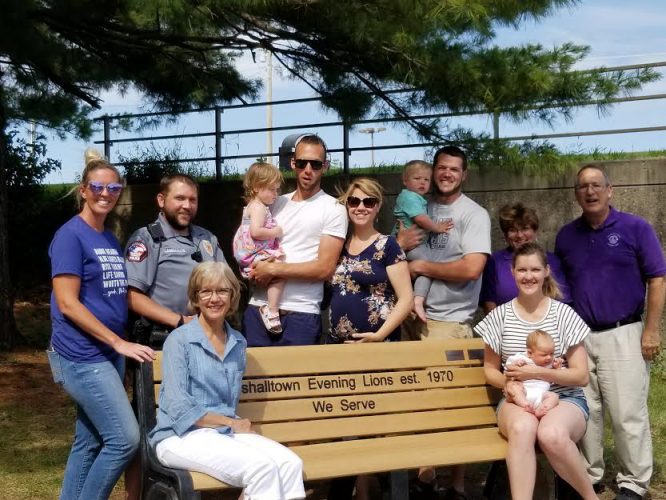 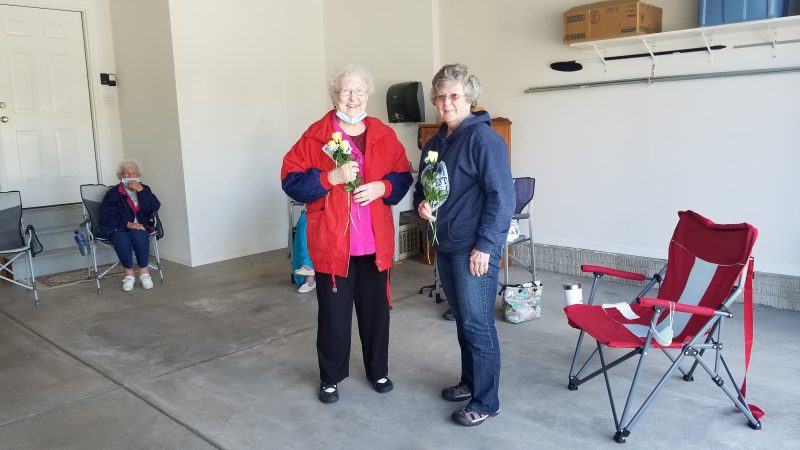