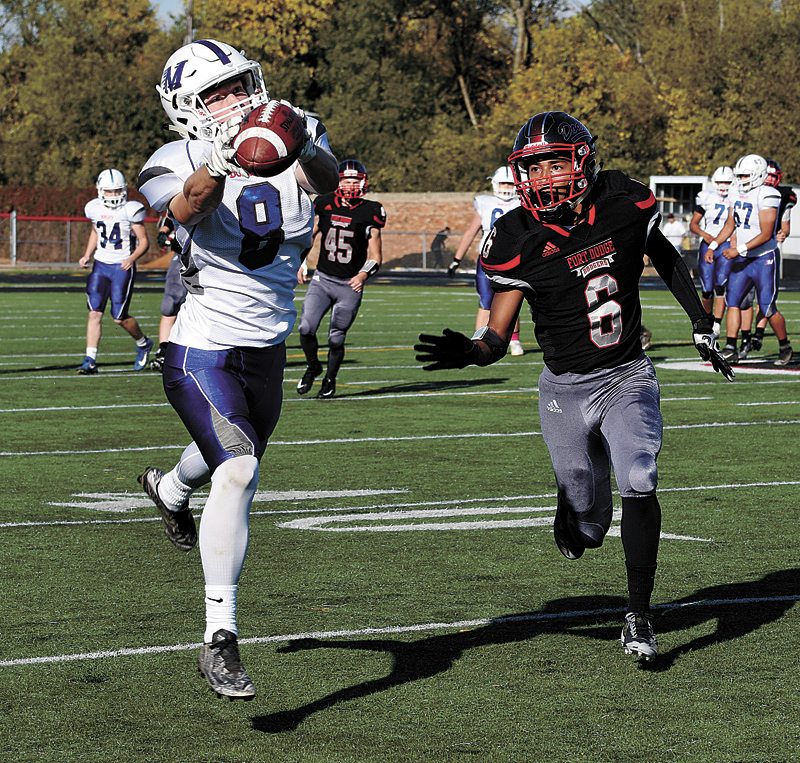 FORT DODGE — The Marshalltown football team lost a Class 4A District 4 game on Saturday for Fort Dodge on the road 49-12.

MHS quarterback went 16-31 through the air with 206 yards and a touchdown in the loss, while junior Alex Rockingham returned to the backfield to lead the Bobcats in rushing with 31 yards on seven carries.

Jonathan was the leading Marshalltown receiver with 81 yards off five catches, followed by Noah DeVenney with 50 yards and Josh Melde with 49.

Fort Dodge did most of its damage in the passing game, with Drake Miller throwing for 320 yards and four touchdowns on 13-16 completions. Trey Mosley caught three passes for 153 yards for the Dodgers, while Tyrnan Lara had six catches for 101 yards. 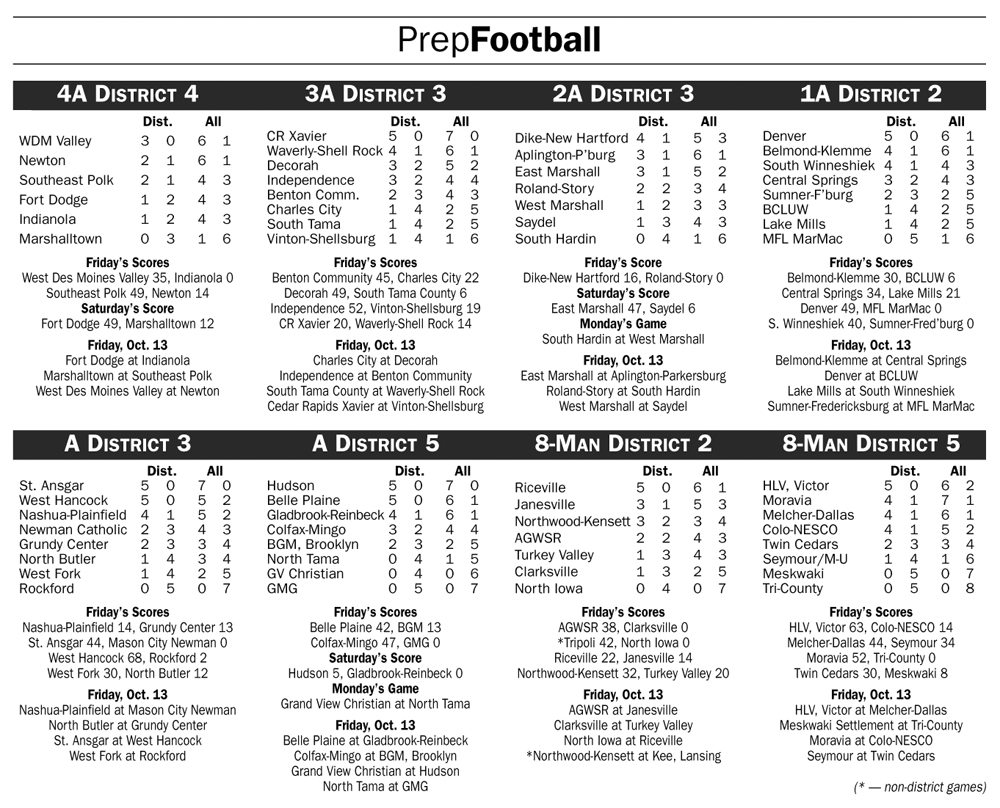 Marshalltown hits the road again next week to play Southeast Polk, before returning home in two weeks to finish off the 2017 season against West Des Moines Valley.

DES MOINES — The East Marshall football team earned another win in Class 2A District 3 play on Saturday by defeating Saydel on the road 47-6.

After the Mustangs (5-2, 3-1) dominated the first half 27-0 on Friday night, the second half was postponed until Saturday night due to lightning. The postponement didn’t seem to hurt East Marshall, however, as they scored yet another 20 points on the Eagles (4-3, 3-1).

Tyler DeBondt had an impressive day passing for the Mustangs, throwing for 308 yards and four scores. Zane Johnson had three catches for 121 yards in the win, while Logan Nicholson caught two balls for 97 yards.

NASHUA — The Grundy Center football team lost a Class A District 3 game against Nashua Plainfield on Friday by just one point, falling 14-13.

Caleb Kuiper led the Spartans (3-4, 2-3) in rushing with 187 yards and two scores on 31 carries, while Josh Kuiper was the top tackler with 10 bring downs, including two tackles for loss and an assist on a tackle for loss.

Grundy Center held the Huskies (5-2, 4-1) to 71 yards of total offense, but a 91-yard kick return in the third quarter for Nashua-Plainfield was the difference in the game. 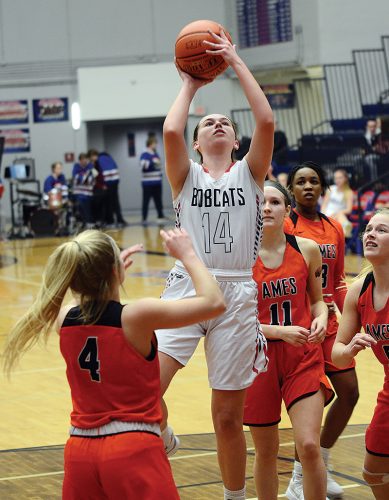