From small-town Iowa to the NFL 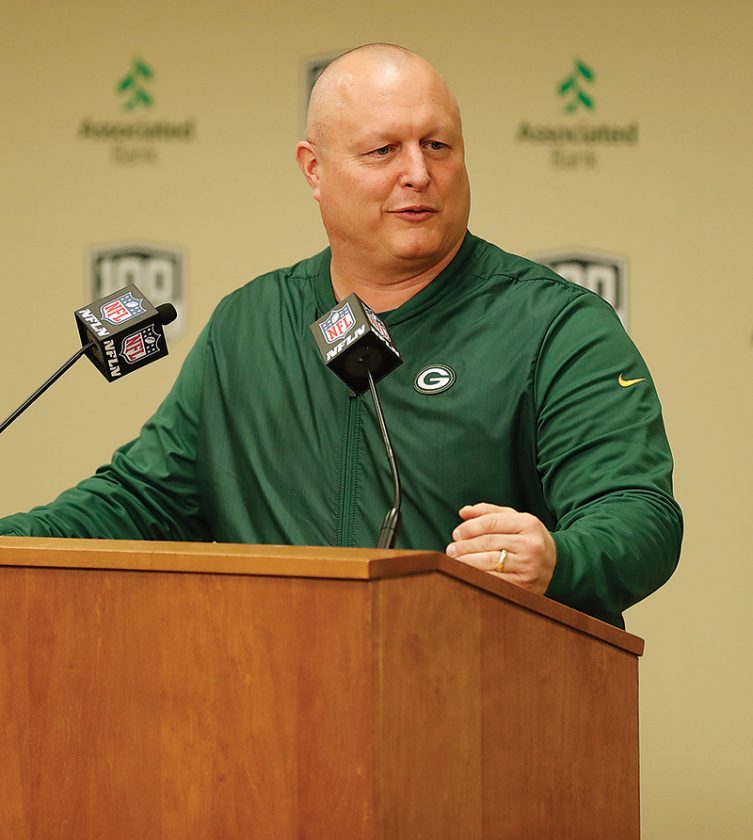 GREEN BAY — Getting to the office between 5 a.m. and 6 a.m. and sometimes not leaving until 10 p.m. or 11 p.m. is the reality for professional coaches. A 1989 West Marshall graduate knows that well.

Born in Marshalltown and raised in Melbourne, Shawn Mennenga was recently named the new Green Bay Packers special teams coordinator. As a kid growing up in Central Iowa, he had no idea that someday he’d end up being an NFL coach. Now being a part of a storied franchise and walking past the line of Lombardi trophies is just part of the job.

“It humbles you on a daily basis,” Mennega said.

He said Central Iowa was a great place to grow up.

“Just the blue collar work ethic,” he said. “Not only my parents, I think everybody we grew up with, their parents worked hard and taught us the value of hard work and what it meant to put in an honest day’s work. You gotta show up every day and do your job, be humble, do what you’re supposed to do and raise your family.” 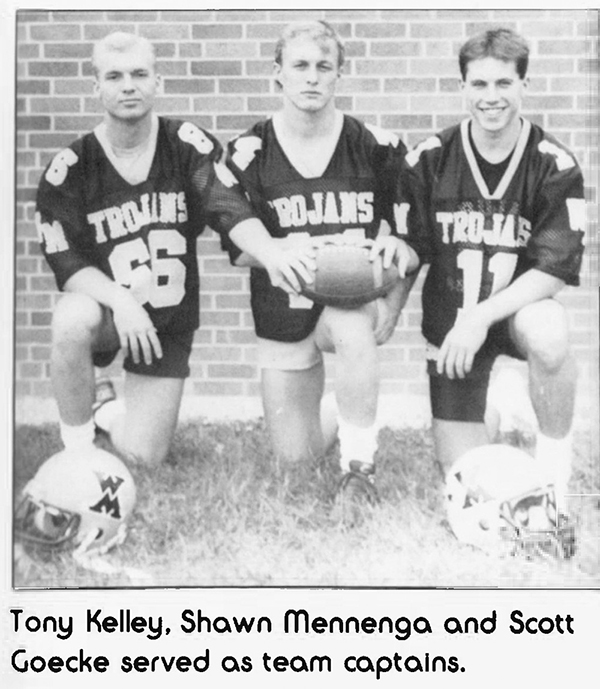 PHOTO PROVIDED - The captains of the 1988 West Marshall football team — Tony Kelley (from left), Shawn Mennenga and Scott Goecke — are pictured in this image taken from the West Marshall High School yearbook.

Mennenga was most recently the special teams coordinator at the University of Vanderbilt for one season and coached special teams for the Cleveland Browns for seven years before that. One of his favorite memories was a 2014 game where the Browns staged one of the biggest second-half comebacks in NFL history, scoring 26 unanswered to defeat the Tennessee Titans 29-28. Cleveland was the only team in the NFL to earn at least one AFC Special Teams Player of the Week award each season from 2011-2016.

During Mennenga’s time at the Browns, he worked for four different head coaches and front offices and two different owners. The instability can make for crazy times, but it’s a unique part of his journey, he said. His time in Cleveland also overlapped with Green Bay defensive coordinator Mike Pettine’s time there as head coach.

Mennenga inherits Packers’ special teams units that were penalty-riddled last season, tying for second in the NFL with 26 penalties, according to ESPN. Former Dallas Morning News columnist Rick Gosselin ranked those units as worst in the NFL in 2018.

Growing up, Mennenga participated in football, basketball, baseball and track. His start with special teams goes back to playing growing up. Like it is today, he played a little bit of everything with a small team. In coaching, special teams has become his niche. Sometimes undervalued by fans, Mennenga said coaches and players recognize how important it is.

Growing up, he remembers reading the sports stories about the Midwestern NFL teams, but said he was a Dallas Cowboys fan early on.

He said coaching has been a great experience and has led him to unique places.

“Have a goal where you want to try to go. Work hard wherever you’re at … meet people and network,” he said. “Continue in the profession and do the best job you can. I’ve been fortunate to get to know a lot of different people which has helped me throughout my time in coaching at all different levels.”

PHOTO PROVIDED – The captains of the 1988 West Marshall football team — Tony Kelley (from left), Shawn Mennenga and Scott Goecke — are pictured in this image taken from the West Marshall High School yearbook.