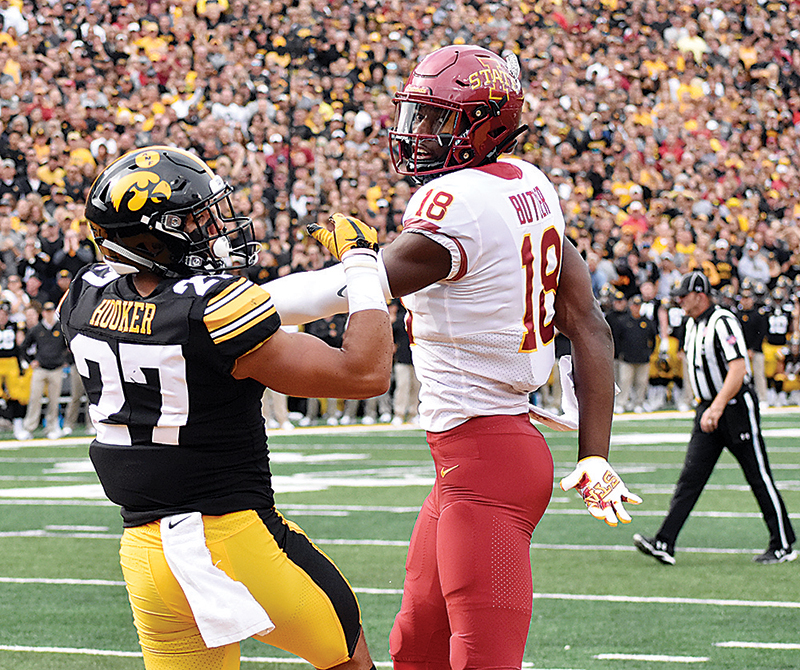 NASHVILLE — The first pick on the third day of the NFL Draft came from Iowa State.

Hakeem Butler was selected with the 103rd overall pick, kicking off the fourth round on Saturday as the Arizona Cardinals continued to surround their top-overall pick — Oklahoma’s Heisman Trophy-winning quarterback Kyler Murray — with weapons.

“Our entire program and the Iowa State community is thankful for everything Hakeem Butler accomplished as a Cyclone,” Iowa State head coach Matt Campbell said. “We can’t wait to see Hakeem continue to achieve success in the NFL.”

Nelson, a Waukee High School graduate, ranked second in the Big Ten and 17th in the nation with 9.5 sacks in 2018 on his way to second-team all-Big Ten honors. He totaled 45 tackles and was second on the Hawkeyes with 13.5 tackles for loss.

Hooker was named the Big Ten’s Tatum-Woods Defensive Back of the Year in 2018 while earning first-team all-conference honors. He was named second-team All-America by The Associated Press.

The Minneapolis native had 65 tackles, four interceptions and seven pass breakups this past fall.