Kuehl gets G-R on the board 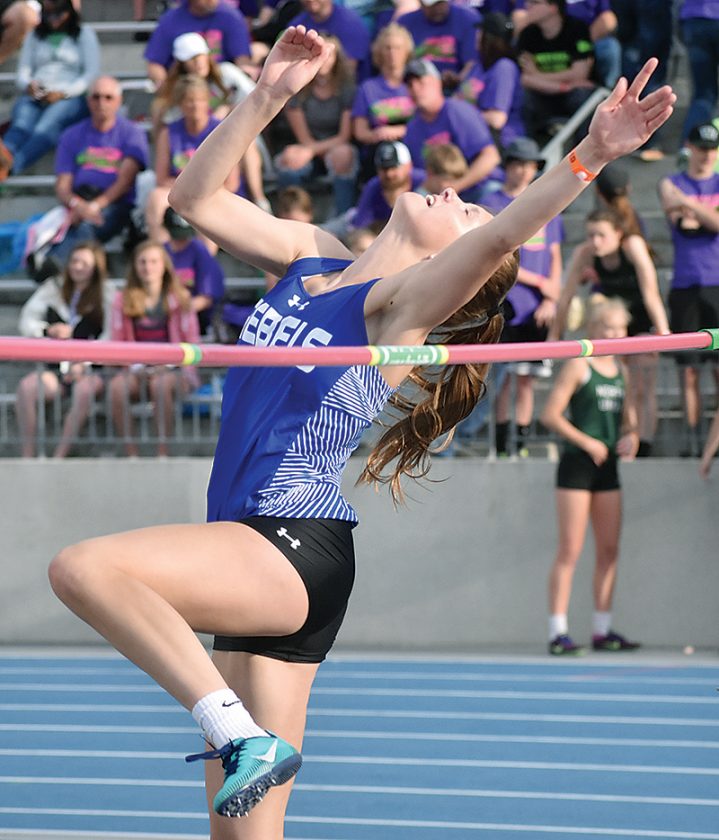 T-R PHOTO BY THORN COMPTON - Gladbrook-Reinbeck sophomore Saari Kuehl makes an attempt 5 feet, 4 inches, during the Class 1A high jump of the Iowa Co-Ed State Track and Field Championships at Drake Stadium on Friday. Kuehl placed fourth in the event.

DES MOINES — Only one Gladbrook-Reinbeck athlete made the field in the Iowa Co-Ed State Track and Field Championships this week, but that one Rebel put her stamp on her first state appearance.

G-R sophomore Saari Kuehl put her team on the girls scoreboard by finishing fourth in the Class 1A high jump with a vault of 5 feet, 2 inches, earning her first-ever state medal along the way.

Kuehl has competed on some big stages before, including the state volleyball tournament this past fall, but she said jumping in front of 15,000 fans at Drake Stadium was a new experience entirely.

“It was so much fun, all the people here was so cool to look at and seeing everyone you know from different schools, it’s pretty cool,” she said.

Kuehl cruised through her first attempts at the opening height of 4-8 and then at 4-10, and after missing her first try at 5 foot she knocked it out with ease on her second jump.

It wasn’t until 5-2 that she ran into trouble, as Kuehl missed her first two attempts and was on the brink of not making it to the next height.

Kuehl took advantage of her final jump and soared over the bar, putting her through to the next round and securing a top-four finish.

“This is so fun and all the support from everyone has just been great,” she said.

In other Class 1A action, North Tama’s Cael Even ran in the 110-meter high hurdle preliminary races and finished in 10th place with a time of 15.45 seconds.