Iowa State primed for best year yet under Campbell 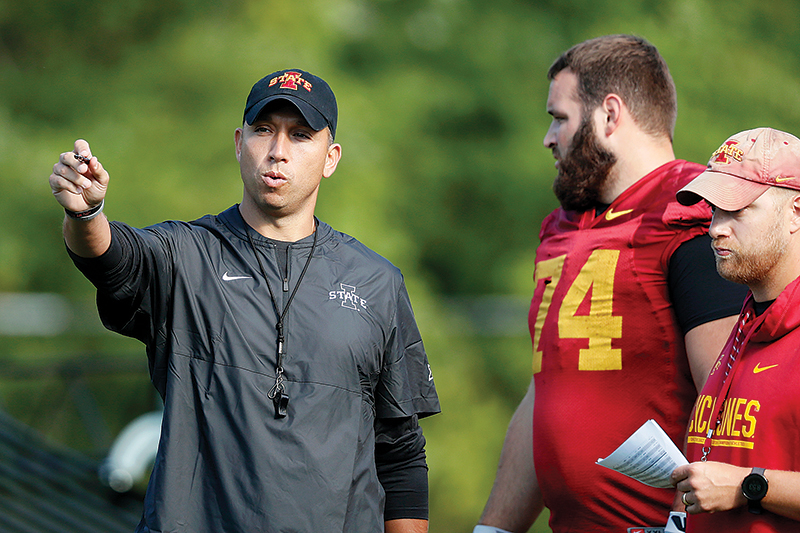 AMES — Fourth-year coach Matt Campbell has done a remarkable job making Iowa State respectable within the Big 12. And yet, the idea that the Cyclones could actually win the league remained implausible.

Iowa State isn’t the favorite to take the conference crown, not with Oklahoma among the nation’s best teams and the re-emergence of the Texas Longhorns. But the Cyclones, picked third in the preseason poll, have arguably the best defense in the league and a potential star on the rise in sophomore quarterback Brock Purdy.

The schedule also sets up in their favor. Iowa State (8-5 in 2018) has bye weeks ahead of games against rival Iowa and Oklahoma, and those Longhorns will visit Ames in mid-November. 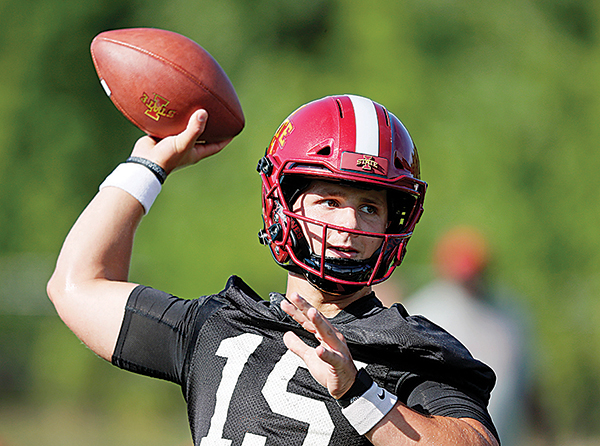 AP PHOTO - Iowa State quarterback Brock Purdy throws a pass during a recent football practice Aug. 2 in Ames. Purdy is the incumbent at quarterback after taking over the position last season.

The Cyclones will start chasing their first 10-win season Aug. 31 at home against Northern Iowa.

Campbell’s cupboard was almost completely bare of offensive linemen when he took over ahead of the 2016 season. Lines aren’t rebuilt quickly, and it has taken three years for the Cyclones to get to the point where they feel comfortable there. Iowa State will return all five starters for the first time in five years — and four of them are seniors.

“It’s an area for us, to be honest with you, that has been an Achilles heel,” Campbell said. “There’s no shortcut to rebuilding an offensive line. We’re going to have to do it the hard way.”

“This year, we’re going to try and come back and be a championship team,” Rose said.

Purdy (16 touchdowns, 7 interceptions, 2,250 yards passing in 2018) broke the NCAA record for passing efficiency as a true freshman, and the return of Tom Manning as offensive coordinator after a season with the Indianapolis Colts should only aid his development. But while much of Purdy’s game is predicated upon his ability to scramble when the pocket breaks down, Iowa State needs him upright in 2019. Backup Re-al Mitchell, a redshirt freshman, has yet to throw a college pass.

The Cyclones lost two major playmakers in running back David Montgomery and receiver Hakeem Butler, and replacing their production will be difficult. Five players, including four-star freshmen Breece Hall and Jirehl Brock, will compete for the carries that used to go to Montgomery. Iowa State will likely target receivers Deshaunte Jones and Tarique Milton more than ever in Butler’s absence, and Arkansas transfer La’Michael Pettway could have a breakout season after catching 30 passes in 2018.

AP PHOTO – Iowa State quarterback Brock Purdy throws a pass during a recent football practice Aug. 2 in Ames. Purdy is the incumbent at quarterback after taking over the position last season.