“Dr. Duree is a true servant leader who has an incredible passion for student success,” Dr. Martin Reimer, ECC provost, said. “He put IVCCD on a path focused on learner achievement, community growth and institutional sustainability. It is an honor to work with someone of such high character and compassion.”

“My experience with Ellsworth Community College has been wonderful, the relationships I have built, in particular with the ECC Board of Trustees and the ECC Foundation, has truly been one of the most satisfying parts of my job,” Duree said. “I have the deepest admiration for their passion and commitment to the College. I don’t think you can find a more passionate, deeply committed group of community members that support a community college the way the trustees and foundation do and have for many years.”

Duree said one of his fondest memories at ECC has been attending commencement ceremonies for the last 10 years.

“ECC really personalizes the ceremony and makes it a special moment for students,” Duree said. “It feels odd for me now to be receiving the honorary recognition they’ve been so gracious to give to me. One of my favorite parts of the year is when I’m normally involved with presenting this honor to someone, who I feel is much more deserving than I am. I’ve always enjoyed that moment of commencement and always take the time to tell our graduates how special the trustees and foundation are.”

In November, Duree announced his retirement, which takes effect June 30. He says he is looking forward to spending more time with his wife and family, in particular their eight (soon to be nine) grandchildren.

The ECC commencement ceremony will be held in the Dittmer Gymnasium on the Ellsworth campus in Iowa Falls.

ELLSWORTH — Champion Seed announced that Kendall Valde of Clemons, has joined the Champion team as an independent seed representative. He will represent the Champion’s high-performing seed corn, soybeans and small grass seeds as well as its value-added programs such as crop scouting, drone work and agronomic services to local farmers offered through Champion’s PowerPlay program.

In addition to seed, Valde offers both branded and generic crop protection products, rounding out his crop input expertise.

“I chose Champion Seed because of the way they run their business. I just get that family feeling whenever I deal with them,” Valde said.

Champion Seed is among the most rapidly growing independent seed companies in the country offering growers a broad range of corn and soybean products as well as the latest in seed trait, seed treatment and information application technologies.

For more information about Champion Seed visit PlantChampion.com or call 888-417-2004.

Nicci Ledbetter earned a Juris Doctorate and Master of Arts in Philosophy at the same time, while also raising two young children and serving in the Iowa Air Force National Guard. She heads to Cartwright, Druker & Ryden with a message for her clients: no obstacle is insurmountable.

For many students, entering law school while several months pregnant would pose enough of a challenge.

University of Iowa College of Law student Nicci Ledbetter was up to the challenge and then some. During her first semester at Iowa Law, the DeSoto native also decided to pursue a Master of Arts in Philosophy.

“Being pregnant and being in law school was stressful,” Ledbetter said. “But I felt comfortable with philosophy, so I said, ‘Why not?'”

This month, Ledbetter will earn both her Juris Doctorate and Master of Arts in Philosophy from the University of Iowa. Throughout her academic career at Iowa — where she also completed her undergraduate studies — Ledbetter showed a commitment to pushing herself farther than the average student and a determination to proving any doubters wrong.

“You just have to be stubborn and dedicated,” she said. “If someone tells you that you can’t do it, do it and have a smile on your face. If you have doubts about yourself, prove yourself wrong.”

Ledbetter came to the University of Iowa after graduating from high school in 2011. After her first year at Iowa, she took a break and enlisted in the Iowa Air National Guard. She joined as an F-16 crew chief and later cross-trained to a geospatial intelligence officer. Ledbetter is still with the Air Force National Guard as a noncommissioned officer.

After a year away, Ledbetter rejoined the University of Iowa in 2013, majoring in philosophy, political science and ethics and public policy on her way to earning her bachelor’s degree. From there, she went on to both law school and graduate school.

“I came to law school because I wanted to help people who felt like they had no way to help themselves,” she said.

Ledbetter’s time in law school presented challenges beyond those of a typical student. She was placed on bed rest in mid-November of her first semester and went into labor in the middle of a final. During her second year, Ledbetter went into labor just a few weeks before spring exams. She had obligations to the Iowa Air Force National Guard.

To further complicate matters, Ledbetter’s husband — who also is in the Air Force — spent much of the last several years stationed away from Iowa. Ledbetter credits her support system — classmates, family, and a friend from high school — with helping her manage being a parent, servicemember and student.

The payoff, Ledbetter said, is a better life for her and her family.

“My time at Iowa has meant everything,” she said. “Being able to pave my future and my family’s future has just meant the world.”

“Here’s the thing about Nicci: Her academic accomplishments alone distinguish her among law students,” Crain said, referring to her multiple degrees from Iowa. “Then she has her Air Force obligations. She’s a mother. She’s been successful in her job search. Putting all of those activities into one person is really nothing short of amazing.”

Crain said that while Ledbetter’s experience at Iowa might be atypical, she still sets an example for her fellow students.

“Students don’t have to be parents, have Air Force service obligations and a triple major,” Crain said. “But, they can see her as an example of deciding what is the right path for themselves and taking the steps necessary to achieve those goals.”

After graduation, Ledbetter will go to work for the Marshalltown firm of Cartwright, Druker & Ryden. She’ll serve as an associate doing general practice. There, Ledbetter will show her clients what her time at Iowa has shown her: no obstacle is insurmountable.

“There’s always a solution,” she said.

“We are proud to acknowledge this year’s 840 nationally accredited Main Street America programs that have worked tirelessly to strengthen their communities,” Patrice Frey, president and CEO of the National Main Street Center, said. “These programs deserve recognition for generating impressive economic returns, preserving community character and celebrating local history. Main Street America Accredited communities are part of a powerful movement of changemakers and their dedication to improving quality of life in the places they call home is inspiring.

“We are excited about our continuing partnership with Main Street America and Iowa Main Street in order to make Conrad even better in 2019,” Krista Grant, Conrad Chamber Main Street executive director, said. 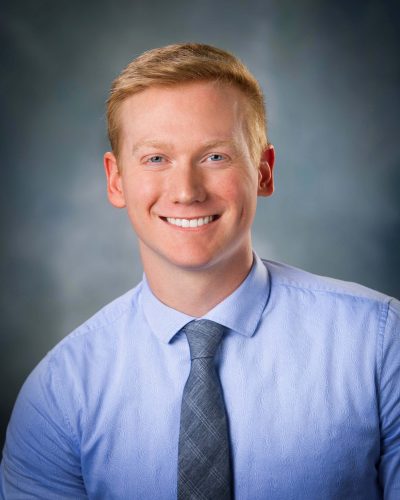 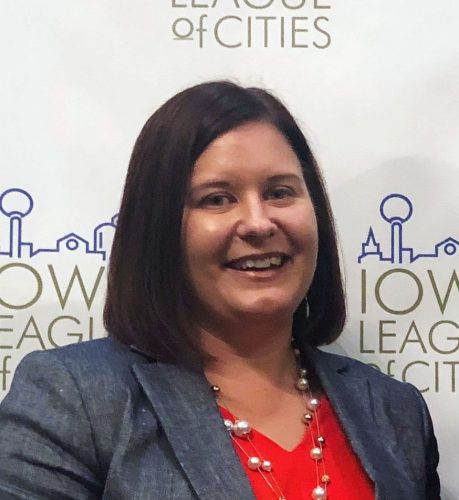