DES MOINES — GMG only had two total entrants across both the boys and girls fields in the Iowa Co-Ed State Track and Field Championships this week, but both of them came away with medals.

The latest placing for the Wolverines came from the boys sprint medley relay team of Brock Baldazo, Andrew Collins, Carson Wobeter and Ethan Karsjen, who ran a season-best time of 1:36.6 to finish fifth in Class 1A on Saturday at Drake Stadium.

Karsjen, who finished in third in the 400-meter dash on Thursday, ran the anchor 400 and wasn’t in position for their placing until a great kick to finish the race and earn another top-five medal.

“At the beginning of the race I was kind of getting going and it came down to 200 left and I knew I had to make a move, it was either that or nothing,” Karsjen said. “I went for it and I did it and got us a fifth-place finish.”

After seeing Karsjen run a 49.9 in the 400 on Thursday, Baldazo said he was even more excited to run on Saturday. 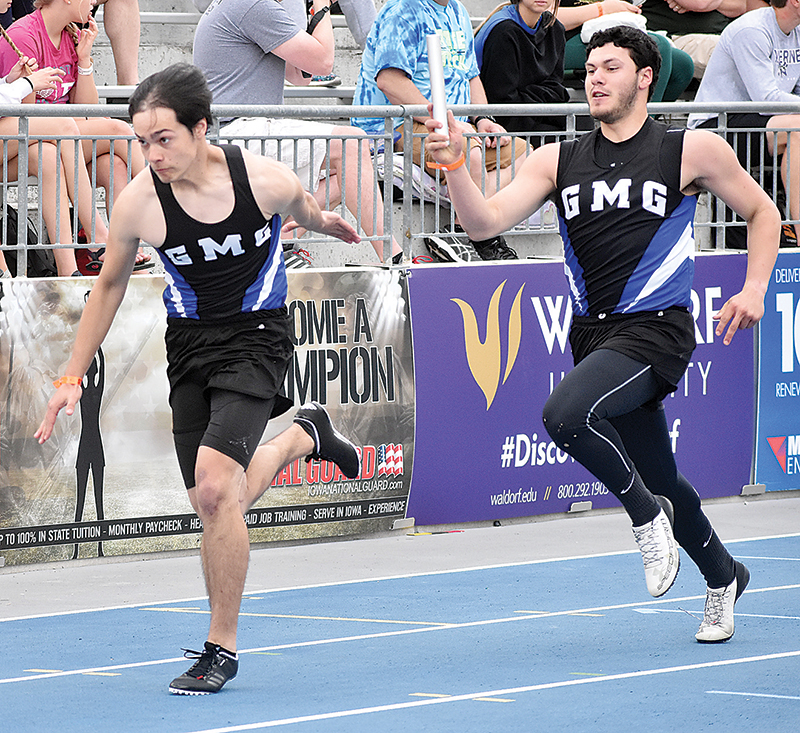 “I was really pumped, I mean 49.9? That’s really awesome,” Baldazo said. “I wanted to get that two tenths more so he could have had a our school record, but he ran his heart out.”

The whole team gave it their all on the Blue Oval for their finish, which Wobeter said was a lot different environment than the dirt and grass they practice on.

“It was a really good experience especially with us not having a track, it’s nice to run on the state track,” he said.

While Baldazo said the whole team ran well, he pointed to one particular runner as the leader.

“This couldn’t be done without Ethan. He’s a stud runner, he’s the heart of the team,” he said. 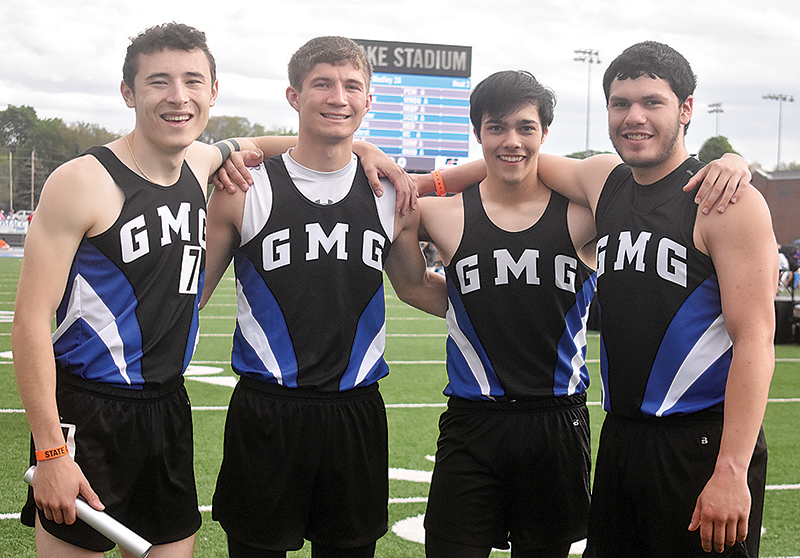 Karsjen, the Wolverine record holder in the 800 after placing seventh at state last year, said it felt fantastic to close his career with a relay team medal.

“I love all these guys with all my heart and it was great to come down and finish it together,” he said.

North Tama also had a trio of seniors go out with a medal, as seniors Tyler Morrison, Cael Even, Hale Hulme and freshman Gabe Kopriva took third in the 1A boys shuttle hurdle with a 1:01.18.

“It’s just amazing, we’ve never been up here before and so it was great to place top three in our first go around, and last go around,” Hulme, who ran the anchor leg, said.

None of the boys had ever reached a state meet before in anything, so Morrison said he was a bit nervous running on such a big stage. 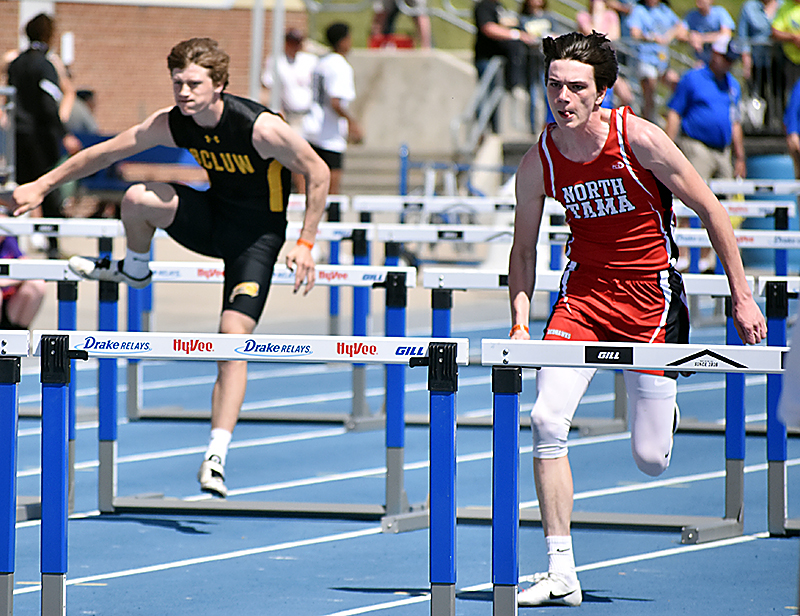 “It feels good to succeed and be over the messing up scare,” he said. “Now it’s over and I’m happy.”

Even nearly had a spot in the 1A 110 high hurdles finals as well, but he came up just shy and placed 10th. The Redhawks’ run on Saturday felt like a redemption story to him.

“Being 10th in the 110 highs, just .06 seconds away from the finals, that made me push harder to do well in this race,” he said. “All-in-all this weekend has been a great experience and I am so glad we got to come.” 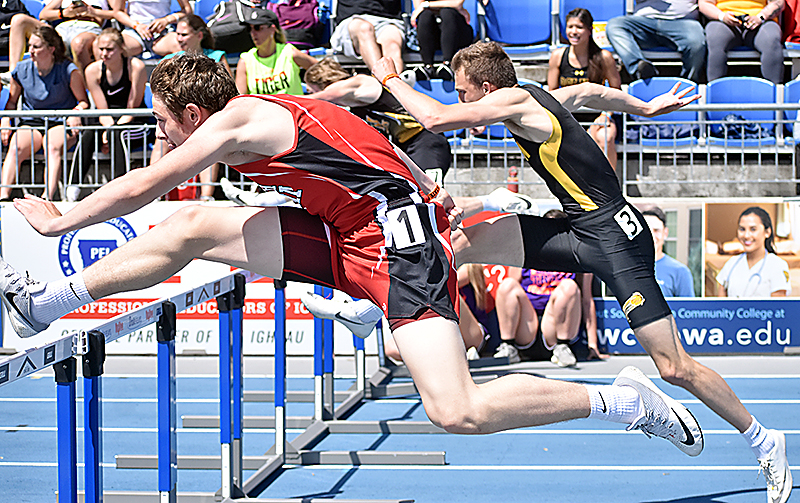